PML-Q refuses to be fed on mere words anymore 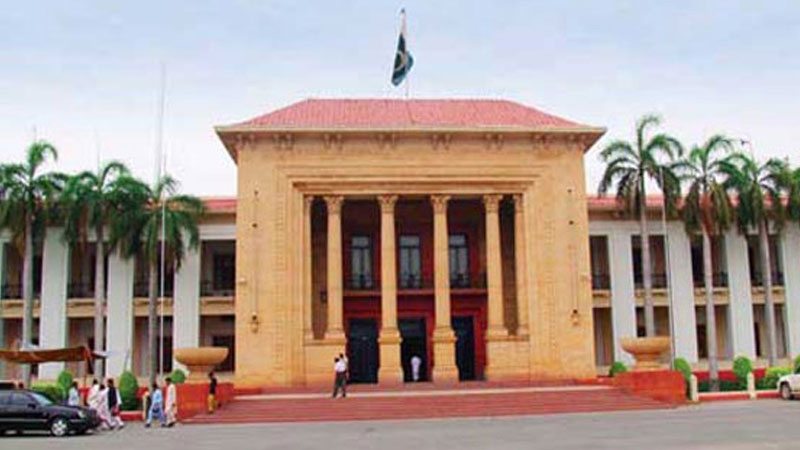 The Pakistan Muslim League-Quaid (PML-Q) has demanded the Pakistan Tehreek-e-Insaf (PTI)-led federal government to start implementation on the negotiated matters.

An emergency meeting of PML-Q leaders and the party’s lawmakers in the Punjab Assembly was chaired by Chaudhry Shujaat Hussain, which was also attended by PA Speaker Pervaiz Elahi, Moonis Elahi and others.

The Chaudhry brothers said that the round of talks will be held after the government starts implementation on the previously negotiated matters. While pointing out the talks held between the government and PML-Q with the second committee, they said that making changes creates distrust. They urged the federal government not to establish the tradition of changing stances.

Meanwhile, Punjab Governor Chaudhry Mohammad Sarwar said the PTI also wanted to have coalition with the PML-Q in the local government polls as well as in the next general election.

Talking to the media after inaugurating a Handicraft Shop at the Governor’s House, he said that Chaudhry Shujaat Hussain and Chaudhry Pervaiz Elahi had rightly said that end of coalition would be equally harmful for the PTI and the Q-League.

The governor said the Chaudhry brothers did not object to his name in the government committee, as he had old and good relations with them. Prime Minister Imran Khan had constituted a committee headed by him (governor) to hold dialogue with the Q-League, he said, and added, “We will soon make a formal contact with the PML-Q leadership and all their reservations will surely be removed. It is not Pakistan only, as world over the allied parties hold difference of opinions, which does not mean end of the government… lack of consensus does not mean infighting.”

The PML-Q, MQM, Balochistan Awami Party and all other allies were with the government and none of them was talking of toppling the government, he said, adding that difference of opinions was the beauty of politics and democracy.

To a question, he said, “We have to set aside what happened in the past and now have to move ahead, and I am sure the matters between the Q-League and the government will be settled down. My acquaintance with the Chaudhry brothers is not since my politics in Pakistan or becoming governor but from the time I had been doing politics in London.”

He said Chaudhry Shujaat Hussain and Chaudhry Pervaiz Elahi were well-aware of the situation and politics in Pakistan, therefore, the PML-Q and the government alliance was not in danger.

On the other hand, Senate Chairman Sadiq Sanjrani on Sunday said the Muttahida Qaumi Movement-Pakistan (MQM-P) convener Dr Khalid Maqbool Siddiqui should think about returning to the federal cabinet, adding that this would allow him to work more effectively for his people.

Addressing a press conference following a meeting between the Senate chairman and the MQM-P leadership in Karachi, Sanjrani said, “Khalid bhai is intelligent himself, he is leading his party. With regards to the well-being of Pakistan, I think he should certainly think about it (returning to the cabinet) and consult his party.”

Siddiqui had announced resigning from his post as minister for information technology on January 12 while emphasising that his party was not abandoning the ruling PTI government despite its reservations.

Responding to a question regarding whether he had asked Siddiqui to return to the ministry, Sanjrani said, “Our suggestion is that he should join. He can work more effectively for his people. Khalid bhai can make his own decision.” He added that the two hadn’t discussed the matter much during their meeting.