The Pakistan Muslim League-Quaid (PML-Q) has no problem with Chief Minister Usman Buzdar but wants ‘ full administrative share ‘ in the districts where it has a strong political presence that it can not afford to yield to its rivals. 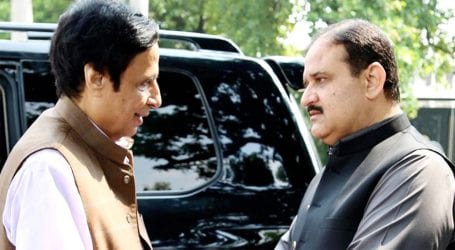 Chaudhry Shujaat Hussain and Chaudhry Pervaiz Elahi’s Party is flexing its muscles to capture the share of Punjab’s ‘ main bureaucracy ‘ which is obviously not dominated by Mr. Buzdar who is suffering in governance matters.

The opposition and media have singled out Usman Buzdar for his alleged incapability and lack of experience to run the affairs of the largest province of the country. The Pakistan Muslim League-Nawaz (PML-N) wants his removal at any cost, because it thinks he is an insult to the post held by its leader Shahbaz Sharif for 10 years. It also believes the PTI government will collapse, if he is ousted.

In a House of 371, the PTI has 181 seats, PML-N 168, PML-Q 10, PPP seven, and independents four. In this situation, the PML-Q’s 10 members enjoy a crucial status. Last year, Punjab Minister Ammar Yasir, who belongs to the PML-Q, resigned over alleged interference in his ministry. After threats by the PML-Q leadership, Prime Minister Imran Khan had to intervene and defuse the tension. The two coalition partners also have differences over a new province in south Punjab.

Notably, the PML-Q members headed by MNAs Moonis Elahi and Tariq Bashir Cheema last week had warned in their ‘ last ‘ round of talks with the PTI delegation headed by PM Khan’s close aide Jehangir Tareen that they could reconsider their alliance with it (PTI) if their valid demands were not fulfilled within a week.