Call to join hands against abuse of crystal meth 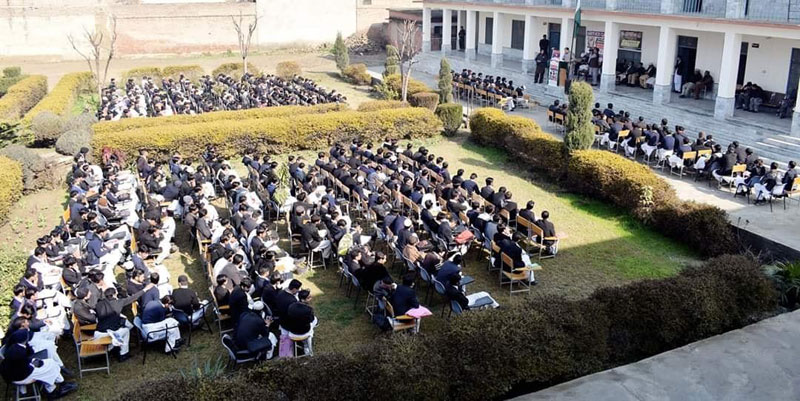 Students listened attentively to speeches at a ceremony at the lawns of Government Degree College in Garhi Kapura village as the sunlight kept the venue warm on Thursday after a few days of rain showers in the region.

Abdullah, one of the students, decided to convince his father to stop smoking hashish as soon as he came to know about the ill-effects of crystal meth and other drugs at the ceremony.

“My father used to smoke plain cigarettes but later he switched over to charas. I am afraid, God forbid, if he someday starts smoking ice drug,” said Abdullah – an assumed name, as he requested to remain unnamed in the news report.

Sajjad Khan discussed the campaign launched by the Mardan police at educational institutions of the district to discourage the drug abuse.

“The drug mafia in particular tries to target the younger generation, who can easily be deceived and who are an asset to the country. This is why I request you all to focus attention on your studies and avoid smoking any drug,” the officer said.

He added that the teachers and parents have the key role to play by keeping the younger generation away from the ice drug and foiling the designs of drug mafia who are mostly focusing on educational institutions to spread their racket.

Dr Ameer Khan also discussed the negative effects of the ice on human health and said that it is need of the hour to raise awareness in this respect to save the future generations.

Another student said that he recently started smoking but now has decided to quit the practice after listening to the harms the drugs can cause. “I am also going to ask my smoker friend to quit the practice,” he said, while pushing his chair into the sunlight for basking.