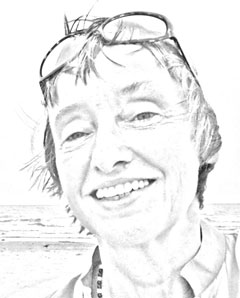 The three days of presenting Pakistan to the international community that gathered at Davos are over. As for many years beforeit has been a very busy three days with the organizers who have worked endlessly before and during the event, exhausted but happy. Depicted negatively in international mediaPakistan has presented itself again in a more realistic way without smootheningover the multiple problems that our country is facing but at the same time showing the potential and the enthusiasm that Pakistan and Pakistanis – represented by the organisers of the Davos Pakistan event, have for overcoming the difficulties. For that Pathfinder Group and Martin Dow brought about 60 people from Pakistan, thisincludedpersuading the PM Imran Khanthat Davos is important for Pakistan.

As every year the central piece of Pakistan’s representation was the Pakistan Breakfast that for the last 19 years has been taking place early morning at the Steigenberger Grandhotel Belvédèrein Davos. Despite the early time of the day 7 am, over two hundred and fifty people came to listen to the Pakistani PM Imran Khan give an eloquent round view of his vision and the problems Pakistan is facing. What made his talk impressive was the fact that – instead of throwing numbers and percentages at the audience – he made it personal by explaining how he learnt in life to face tough times and not give up thus suggesting that he will not give up this time either when he and his government is facing dire problems at multiple fronts. But his message was also directed to Pakistanis at large when he said that Pakistan has enormous potential but potential alone is not enough. In order to realize that potential one has to work hard, face difficulties and hardships and still not waver and let the vision go what is happening to many of the kids of well-to do families. He said “A nice and comfortable life is the enemy of reaching to your potential” – a lesson that would be worthwhile teaching in schools! He made it clear that the central piece of his government’s policy was the fight against corruption so as to be able to rebuild institutions in Pakistan and the worry to uplift the poor section of society through the Ehsaas program that would enable them not only to survive but to be able to reach their potential. Two more points he made were, one, that we need patience because change needs time and secondly, that overseas Pakistanis can be a big force-multiplier when they decide to come back to Pakistan or bring in investment. The lively talk of the PM was followed by a Question and Answer session that can be watched and enjoyed on “YouTube” by all who want to be inspired.

Apart from the Pakistan Breakfast other events were organized to present Pakistan to international guests of the WEF in more specialized topics. On Tuesday Dr Abdul Hafeez Shaikh, Adviser to the Prime Minister of Pakistan on Finance and Revenue and Chairman of the Economic Coordination Committee of the Cabinet and Dr. Raza Baqir, the Governor of the State Bank of Pakistan spoke to invited guests in thefamous mountain top restaurant Schatzalp about “Economic Reform and Revival, Financial Inclusion in Pakistan”. In his contribution Dr. Baqir explained to the public that last year’s loss of value of the Pakistani currency was due to the need to switch to a market-based exchange rate from a fixed exchange rate that had been supported by previous governments and that did not reflect the real value of the rupee which is why Pakistani export had been losing competitiveness. Now the foreign currency reservesare recuperating and an export-promoting policy is followed that gives incentives to exporters so as to make up for the losses in export business of the past. The need for financial inclusion of business people operating below the level where they could get a bank loan in order to broaden the basis of Pakistani economy is met by a program of microfinancing that would also help the inclusion of more women into the economic process.

Another topic discussed was not only relevant but a burning issue in Pakistan and beyond i.e. the CPEC and how to evaluate its usefulness for Pakistan. Moderated by Ikram Sehgal Dr. Hafiz Sheikh depicted that the critics of CPEC and BRI belong to a group of anti-globalization politicians thatare destructive in their intentions. Globalization is an irreversible process that has to be implemented in an inclusive way that allows less developed countries and economies to join the process and partake in development. Chinese president Xi Jinping wants to bring the world together to bring prosperity to all countries. That doesn’t mean that there are no problems. For Pakistan it means that the amount of gain will depend on how well the program is implemented and executed. In addition, the doors of CPEC will have to be opened further.

Another topic that always was met with great attention by the international community is the situation of women in Pakistan. This year a panel was conducted under the able moderation of Ms Sadaffe Abid, founder of the CIRCLE Women Association examining how gender empowerment and women education are bringing Pakistani women into the economic process. On the panel were Aisha Nawaz Choudhury, who is a member of the Punjab Provincial Assembly, Chaudhry Faisal Mushtaq, Chairman of Roots Millennium education and Dr. Amjad Saqib, founder of Akhuwat.

Sadaffe, while moderating, drew the attention to the importance of microfinancing for women. She had initiated a women and technology project: tech karo, talk to families to get girls for tech because technology is a great equalizer, it brings better future for girls and women better access to jobs. She explained how 30% men were included into the class so as to learn how to cooperate with women, accept and respect their competence which is sometimes better than that of boys and men have to learn that. Aisha Choundhry, herself a fine art artist, in her contribution emphasized how she came into politics because of the bad image of politicians that she wants to improve and wants to make a difference.She noted that educational incentives are needed for girls and the families need to be convinced.She showed that sometimes solving of a small problem like the non-availability of transportation to and from school could bring girls into educationor prevent them from dropping out of school. Dr. Amjad introduced his organisation, Akhuwat founded in 2001 which is the world’s largest Islamic micro-finance organization working for poverty alleviation by empowering socially and economically marginalized segments of the society especially women. Microfinancing – giving loans to poor people – contributes to the betterment of society. He said that Pakistan is the biggest microfinance provider and the state supports with funds, 70.000 loans to people a month, 45% of whom are women. Faisal Mushtaq introduced the network of schools he is running while insisting that no ready-made imported solutions would dobut that we need our own solutions. One important point that was made was that while much of education in Pakistan is run on philanthropy, philanthropy is no substitute for the fact that education is the task of the state. Therefore, philanthropy is no substitute for paying taxes!

In summary, this year’s representation of Pakistan to the global community assembling in Davos has again given a valid picture of Pakistan’s situation by showing both achievements and challenges that are still ahead. It is hoped that as they say that ‘constant dripping wears away the stone’ another small contribution has been made to show the world how multifaceted and colourful Pakistan is.

The author is a retired historian of Humboldt University, Berlin