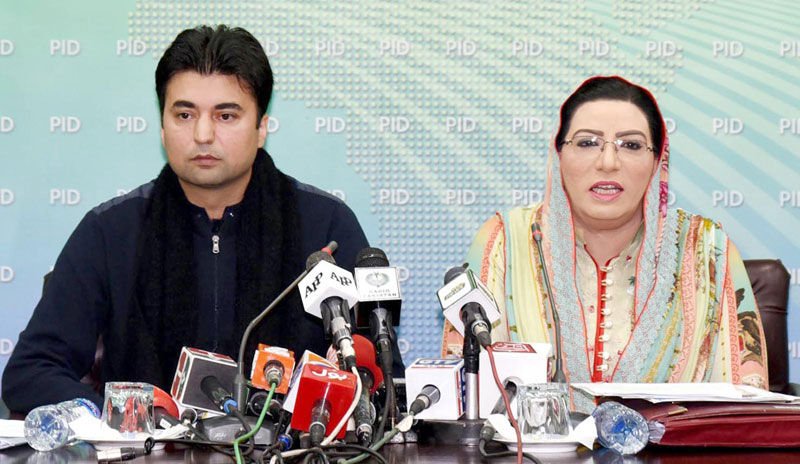 The federal cabinet on Tuesday delayed the appointment of a new inspector general of police (IGP) in Sindh after government’s allies in the province expressed ‘deep reservations’ over the decision.

“The majority of our allies in the cabinet, particularly those from Sindh and Karachi, have expressed their deep reservations over the panel of names for new Sindh IG presented to them,” Special Assistant to Prime Minister on Information and Broadcasting Firdous Ashiq Awan said, adding that PM Imran has directed Sindh Governor Imran Ismail to form a consensus with Sindh Chief Minister Murad Ali Shah on the new IGP’s appointment. She said that the governor and the chief minister will deliberate not only on the already proposed names but also some new names to replace Imam so that a consensus could be reached on the matter. She said that the names of the candidates will then be put forward before the cabinet for approval. “The appointment of Mushtaq Mehar as Sindh IGP has been deferred, for now,” she said.

Briefing media about the federal cabinet’s decisions, Dr Firdous said the prime minister has vowed that the mafia, including profiteers and hoarders, responsible for inflation and price hike in the country will be dealt with an iron hand. Flanked by Federal Minister for Communications and Postal Services Murad Saeed, she said the committee constituted by the prime minister is probing the recent flour shortage and in the light of its findings, strict action will be taken against the elements involved in the crisis irrespective of their political affiliations.

The SAPM said Imran Khan has directed the Ministry of National Food Security and related departments to take all measures to ensure smooth supply of edible items to the public. The cabinet, she said, was briefed on the demand-supply gap of edibles items, including rice, wheat and corn and the situation of their stocks. The prime minister directed that all estimates of surplus crops should be monitored.

She said the prime minister issued directives to the Parliamentary Committee on Electoral Reforms to find out a way to ensure that in future elections are held in a free, fair and transparent manner and nobody can point the finger at their fairness. She said the cabinet gave approval to the removal of Gas Infrastructure Development Cess (GIDC) on fertilizers to provide relief to the farming community.

She said that the cabinet did not approve a memorandum of understanding for building of prefabricated houses, with the directive to the ministry concerned that transparency should be ensured by following the Public Procurement Regulatory Authority (PPRA) rules and inviting open bidding.

She said the Special Assistant to the PM on Health briefed the cabinet about the coronavirus and challenges related to it. The prime minister, she said, issued the directives for provision of all possible help to Pakistani students stranded in the Wuhan province.

She said the cabinet was briefed about the preparations being made for the observance of Kashmir Solidarity Day on February 5. The cabinet appealed to the media houses to dedicate one hour for highlighting the Kashmir issue and exposing the human rights abuses being committed by the Indian occupation forces in the occupied valley.

Replying to questions, the SAPM said she had been warning Jamiat Ulema-e-Islam-F chief Maulana Fazlur Rehman that major opposition parties will use him as a ’tissue paper’ and now he himself has realized that he was used by them.

About the expulsion of some members from the Khyber Pakhtunkhwa cabinet, she said it is the prerogative of chief minster to have a team of his choice for serving the people.

She said there is no political crisis in Punjab as Chief Minister Usman Buzdar fully enjoys the support of allied parties. Buzdar will redouble efforts for the resolution of people’s problems as envisioned by the prime minister, she added.

To a question about the prime minister’s visit to Davos (Switzerland), Dr Firdous she said the visits to Davos for attending the World Economic Forums were sponsored by the think-tank of Sehgal family in the past but that fact had not been made public.

Minister for Communications and Postal Services Murad Saeed said the federal cabinet has decided to recover billions of rupees illegally spent by a former president, prime ministers and chief ministers from the national exchequer. “If the misused public money is not surrendered by the accused, then the law will take its course of action against them,” he said.

The minister said former president Asif Ali Zardari had three camp offices whereas Sharif brothers (former prime minister Nawaz Sharif and former Punjab chief minister Shehbaz Sharif) maintained five camp offices excluding the prime minister and chief minister houses, the minister said. He mentioned that Shehbaz Sharif had even declared Nawaz’s Jati Umra residence in Raiwind as his camp office after the latter’s disqualification by the Supreme Court in the Panama Papers case. He said a squad of some 790 to 1,722 police personnel was deputed at a time for the security of Asif Ali Zardari, which had cost around Rs 163.7137 billion to the national kitty. “Nawaz Sharif spent about Rs 270 million on the fencing of his private residence of Jati Umra and a contingent of 2,753 policemen was deputed on its security. Moreover, separate police squads were deployed for the security of their children such as Hamza squad, Maryam squad and son-in-law Imran squad etc,” Murad added. The minister said Nawaz Sharif’s trip to London for his medical check-up cost Rs 340 million as the special aeroplane had to make two trips to bring him back to Pakistan. In the first trip, the aircraft waited for two days at a London airport and then returned to the country without the former prime minister, he added. His brother Shehbaz Sharif used the former prime minister’s plane for 556 times and done shopping of luxury items of Rs 8.7259 billion during his foreign sojourns, he added. Murad said former president Asif Ali Zardari had cost Rs 3.16 billion to the national exchequer for his lavish shopping abroad.

He said Nawaz Sharif as prime minister made some 25 private visits to London costing Rs 1.835 billion, and Asif Zardari as president made 69 private tours to different destinations abroad costing Rs 1.421 billion. Shehbaz Sharif soon after assuming charge as Punjab chief minister bought a new helicopter of his own choice or Rs 1.3 billion as the old one was probably uncomfortable for him, he added.

The minister said Imran Khan was living in his private residence at Bani Gala despite being the prime minister. He even spent the money from his own pocket on the construction of the road leading to his home despite being the country’s chief executive. He had also shunned using a chartered plane for foreign visits and is rather preferring commercial flights. He said the federal cabinet has made the big decision of recovering illegally spent taxpayers’ money by the former rulers, besides of amending rules for allocating special funds for camp offices.