* Zabihullah Mujahid says all crew members onboard have been killed 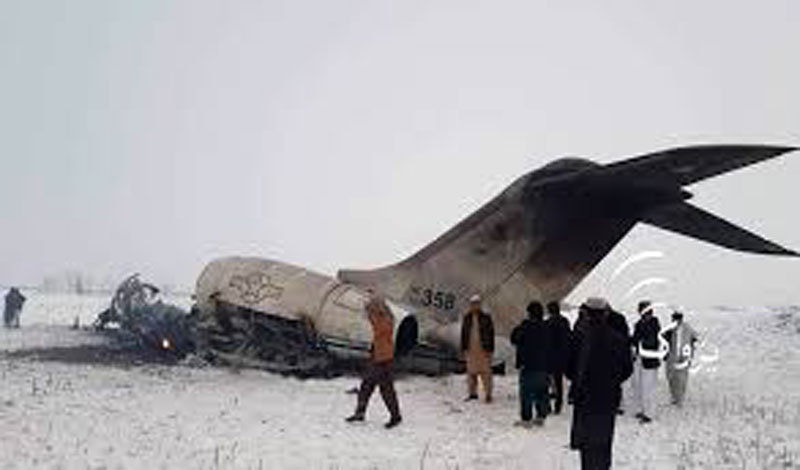 The Taliban claimed a US forces aircraft crashed in eastern Afghanistan Monday hours after a plane went down into an area controlled largely by the insurgents.

The militants claim comes as confusion continued to surround the incident, with Afghan officials and airliners denying that any of their aircraft are missing while NATO have yet to officially comment on the crash.

“An aircraft of American occupiers has crashed in Ghazni province,” Taliban spokesman Zabihullah Mujahid said in a Pashto-language statement, adding that all the crew members onboard had been killed.

Confusion also clouded the Taliban statement, however, with one version saying the plane crashed while another version said the insurgents brought down the craft.

Large swathes of rural areas in Ghazni province are controlled or under the influence of Taliban, making access difficult for officials. Later, Chief of Staff of US Air Force Gen Dave Goldfein, confirmed to CNBC that the plane is a US Air Force E-11 military airplane, built by Bombardier. The plane crashed in territory currently under Taliban control. He was unable to confirm whether the aircraft was targeted by hostile fire, nor could he confirm details about potential casualties. “We don’t know the status of the crew,” Goldfein said. “Here’s another thing I’ll share with you, every time I’ve been through this, which, unfortunately, has been a number of times, the first reports are always wrong, always wrong. So we have to make sure that we have the facts right and as soon as we have those facts I promise you we will get them to you,” he added.

US Army Maj Beth Riordan, a spokeswoman for Central Command, had said earlier that it remained unclear whose aircraft was involved in the crash. Afghan Ministry of Defense spokesman Rohullah Ahmadzai had also said that the plane did not belong to Afghan forces or the country’s intelligence agency.

The Civil Aviation Authority of Afghanistan also denied reports that the plane was a commercial flight. “According to our information from the Control Tower and Traffic Regulatory Authority, no commercial airline crash has been recorded. And Ariana Afghan Airlines have reassured us that all their planes are accounted for,” said the organisation.

Footage published by a Taliban-affiliated account showed a people speaking Pashto walking around a crashed plane that looked similar to a craft used by US forces in Afghanistan for communications purposes. Crashes involving military flights, particularly helicopters, are common in Afghanistan where inclement weather and creaky aircraft are often pressed to their limits in the war-torn country – and where insurgents have been known to target helicopters.

The last civilian flight to crash was in May 2010, when an ageing Pamir Airways plane went down in bad weather during a scheduled flight to Kabul from the northern province of Kunduz. It was carrying six crew and 38 passengers when it crashed into a mountainside 20 kilometres from Kabul. The incident comes as Washington and the Taliban continue to wrangle over a possible agreement that would see US troops begin to leave Afghanistan in return for security guarantees. The Taliban are aiming to reach a withdrawal agreement with the US by the end of January and are prepared to ‘scale down’ military operations ahead of signing a deal, their chief spokesman said earlier this month. The two sides had been negotiating the deal for a year and were on the brink of an announcement in September 2019 when Trump abruptly declared the process ‘dead’, citing Taliban violence. Talks were later restarted in December in Qatar, but paused again following an attack near the US-run Bagram military base in Afghanistan. Taliban sources earlier this month said that they had offered to initiate a brief ceasefire of seven to 10 days, but there was no announcement of the proposal by either party.

An American spokesman in Kabul said a U.S. Bombardier E-11A crashed on Monday in Ghazni province, Afghanistan. “While the cause of crash is under investigation, there are no indications the crash was caused by enemy fire. We will provide additional information as it becomes available,” he tweeted. He said Taliban claims that additional aircraft have crashed are false.