Police get tourniquets for the first time to save lives 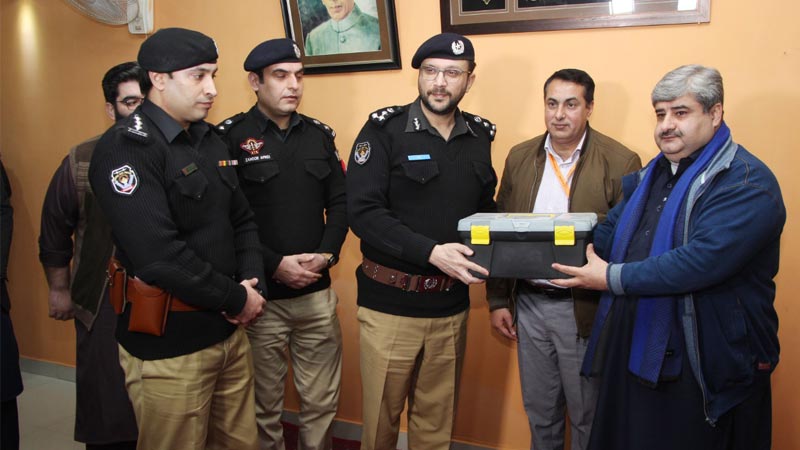 For the first time, the city patrol force in Peshawar has been equipped with tourniquet, a medical device which can save the lives of injured people in emergency situations and accidents.

A tourniquet is a medical device, which limits the blood flow by applying pressure to a limb or extremity. Usually, the device is used in emergencies and surgeries.

Speaking on the occasion, Muhammad Ali Gandapur said that the City Patrol Force is the first responder in cases of emergency because they reach any venue before others do, this is why they decided to equip the force members with tourniquet.

“The patrol force has already been provided first-aid training before handing them the equipment, the aim is to promote the idea of modern policing,” Gandapur said.

LRH director Dr Khalid Masood said that the first 20 minutes after any accident are crucial for the victims and the tourniquet could help save lives in accidents. He said that the health authorities will continue training policemen on such issues.

Later, CCPO Gandapur told Daily Times that the device can stop bleeding for an estimated six hours’ time before proper medical assistance is made available to victims.

“We are in a continuous process of capacity building of police, with focus on city patrol mobiles and riders, who are the first responders in cases of crimes and accidents. Recently, they were also imparted training in crime scene investigation at Police School of Investigation and the [latest] first-aid training through LRH,” the official said.