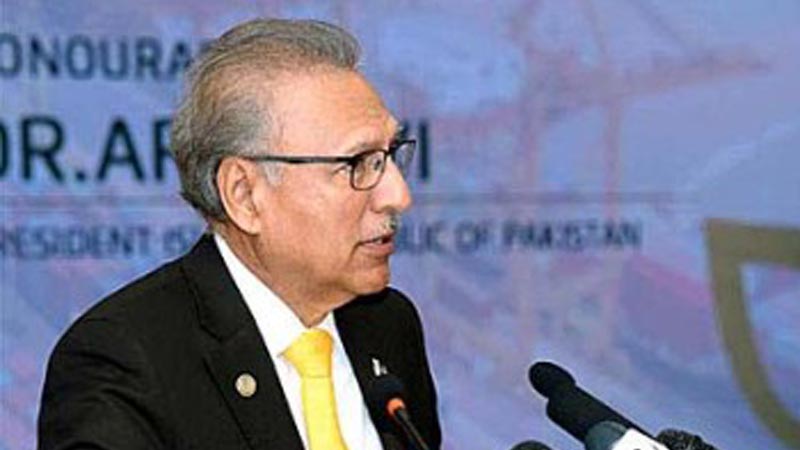 “A world of opportunities awaits us if we learn new trading and marketing trends including value addition and use of technology for an effective outreach to clients,” Dr Alvi said in his address here at the All Pakistan Chambers President’s Conclave 2020. The Conclave organized by Islamabad Chamber of Commerce & Industry gathered traders with an objective to highlight the business-related issues and to give recommendations to the government for ease of doing business.

President Alvi said trading expertise could be learnt as the phenomenon was ‘all about availing the right opportunities’.

He stressed that for traders, the notion of ease-of-doing business was better than seeking subsidy from government, which again had the possibility of taking shape of taxes levied upon them.

He said promotion of small and medium enterprises was important to encourage business through low-scale loans and generate economic activity.

President Alvi said the world had started realizing the value of Pakistan as an emerging market and mentioned that interest of foreign investors that increased immensely after improvement in security situation.

He recalled that Japanese leadership in recent past evinced keen interest in import of Pakistani manpower, mostly comprising youth as compared to Japan’s aging population.

He mentioned that Pakistan faced several setbacks and geo-political pressures in the past as a neighbouring country tried to corner it at every forum. However, he said, the efforts of Prime Minister Imran Khan resulted in a good response by the United States on issue of Financial Action Task Force (FATF), stressing that the forum must not be misused for political motives.

The president said the government made remarkable progress in handling the issues of current deficit, ease-of-doing business and bridging trade gap, however stressed that the nation had the will to rise in the comity of nation as a strong entity.

“The government is all about people, who collectively can take the country towards development,” he said.

He said social security network was the government’s responsibility, however philanthropic endeavours including health facilities by private sector under a good leadership could also do marvels in the best interest of common man.

President Alvi emphasized that local investment by businessmen was integral to convey a message to foreign investors about smooth financial activity in the country.

The president stressed the importance of sending trade delegations to other countries for market expansion and access and hoped that Pakistani businessmen would make significant presence at the upcoming Dubai Expo 2020. He urged the business community to adopt e-commerce for an effective global outreach and also encourage women’s participation in the field.

The two-day Conclave will discuss ways and means to promote business activity in the country by addressing major challenges and impediments to economic growth.