Is the dawn of a new nuclear-age impending?

The storm was long brewing on the nuclear horizon, but by the end of 2018 it became obvious. Even in its first month, 2019 is replete with nuclear threats and ambitions.North Korea has continued its streak of testing missiles.The UShas not only failed to break the deadlock on denuclearisation negotiations with North Korea but has made the situation for the world more critical by withdrawing from the 2015 Iran nuclear deal and 1987 INF treaty. Several US allies across the globe have started to rethink their nuclear options. Who can forget the Pakistan-IndiaFebruary 2019 episode when the two nuclear-armed neighbours had come perilouslyclose to an all-out war. 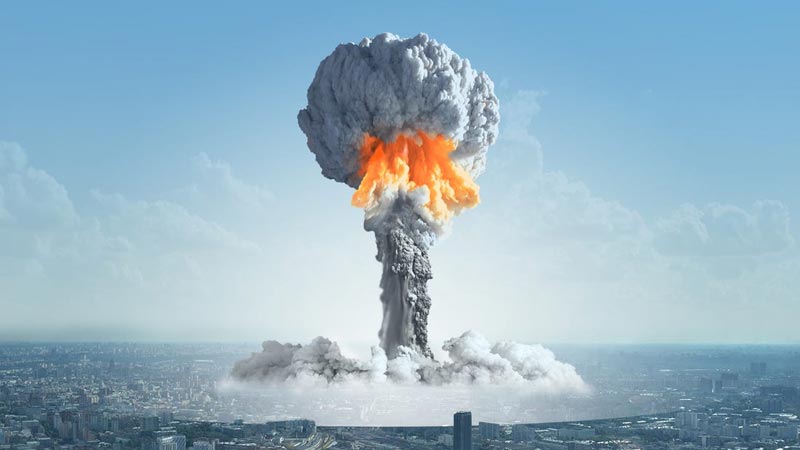 The US government and other powers should seriously consider reversing their course of action.If things continue in the same manner, history would remember 2019 as the turning point of the world swiftly sliding into the clutch of a nuclear arms race and conflict from an elongated period of relative calm. Perhaps, it is time for the new dawn of nuclear weapons, a new yet different and a potent nuclear age.

Collapse of arms control regimes: One of the most disturbing developments is the intensified threat of a fresh nuclear arms race between the ColdWar rivals, the US and Russia. The end of the Intermediate-Range Nuclear Forces (INF) Treaty was a harbingerof the impending trouble. The INF treaty was of great significance because it was the first treaty of its kind that outlawed the entire group of nuclear delivery systems. The treaty had successfully ensured its run on the arms-control regimes between the US and Russia for over three decades. The United States blamed Russiafor its withdrawal as it levelled accusations against Russia of violating the terms of the INF treaty. China’s excessive arsenal of intermediate-range missiles has also troubled Washington.

Now all eyes are on the remaining last barrier to the US and Russian nuclear policy. The last guardrail-the New START Treaty-is also set to expire in 2021. The treaty is of great significance since it immensely curtails the quantity of the strategic nuclear systems both sides can deploy. The worry is that the Trump administration, known to crush every possible working pact, has indicated that they might not renew the long-standing treaty. The Russianshave suggested a complete five-year new extension, but the US is willing to renegotiate only when the pact has covered an extended array of weapon systems, incorporating low-yield Russian tactical arsenals, anappaent nonstarter demand for Russians to even entertain.

The US administration is also concerned about other actors, especially China. The US is working to include China in any new updated New STARTTreaty. This US consideration is unproductive because China’s arsenals are much smaller compared to that ofthe US and Russian. China has made known its intentions of not accedingto any newly updated treaty.

As the three main powers are hell-bent on improving their existing as well as future nuclear arsenals, the dangers of an all-out nuclear arms race is rising day by day

The matters got worse when earlier in January Trump announced that the United States missile defence system would target any sort of missiles aimed at US soil. That implies that infuture, missile defence is not only to deliver protection against lesser arsenals of countries like North Korea but also from dominant arsenals of strong rivals, such as China and Russia. In other words, it might propel countries to enhance the capabilities of their arsenals to escape, infiltrate, or devastate a rival’s defences.

As the three main powers are hell-bent on improving their existing as well as future nuclear arsenals, and with the ostensibly darkened prospects for arms control, the dangers of an all-out nuclear arms race is rising day by day. Bear one thing in mind: this time it would not be a two-way arms competition but a three-way one, which might turn unimaginably brutal and devastating.

A wasted chance: Outwardly, the US has failed to curb the uncontrolled nuclear drives of even the smaller adversaries. In 2018, it was believed that after years of impasse a breakthrough might become a reality. Unfortunately, 2019 presented the world with a forbidding reality check. The much-celebrated Hanoi summit between the US and North Korean counterparts had crumbled the day the Trump administration vowed to not move a bit further in the dialogue anymore unless the North Koreans first give up all their nuclear arsenals facilities, and that too without any potential relief from the existing harsh sanctions, an approach many specialists counselled against.

Without much delay, North Korea made it clear to the US that denuclearisation of any sort was off the table. Since then, North Korea has carried on with its drive to produce brand new intercontinental ballistic missiles (ICBMs), which have the potential to carry a nuclear warhead right into the US territory. North Korea has conducted numerous triumphant missile tests in the previous year, most of which had used solid gasoline and not the reduced amount of modern liquid gasoline.

On the brink of war with Iran: The advancement with North Koreans has only stalled unlike with Iran where it has reversed. The US withdrawal from the 2015 Iran nuclear deal is adverse for Iran because the country has been since then at the receiving end of the United States ‘maximum pressure’ campaign. Despite the crippling US sanctions Iran has stood defiance to US whims. The recent episode of the killing of Qassem Soleimani has only added fuel to the fire. After Soleimani’s killing, Iran also announced its withdrawal from the 2015 deal, which implies that Iran is back on the centrifuge enrichment track to build the atomic bomb. Although a third world war is highly unlikely between the US and Iran, the situation will remain tense since each party is treading a road to survival: Iran for itself and the US for Israel.

2019 has proved to be a turning point for the world and nuclear arms control regimes. As the great powers are backing off from the original idea and principals of NPT, particularly the US, there seems a very minor chance that nuclear disarmament and complete annihilation in any form becomes a reality. By revoking every rational treaty or pact, the US is pushing itself and the world on the brink of a war and a new nuclear arms race. This time it is going to be bloodier than ever.