* 'They had signed their contracts and we were 10 days into our shoot,' she claims 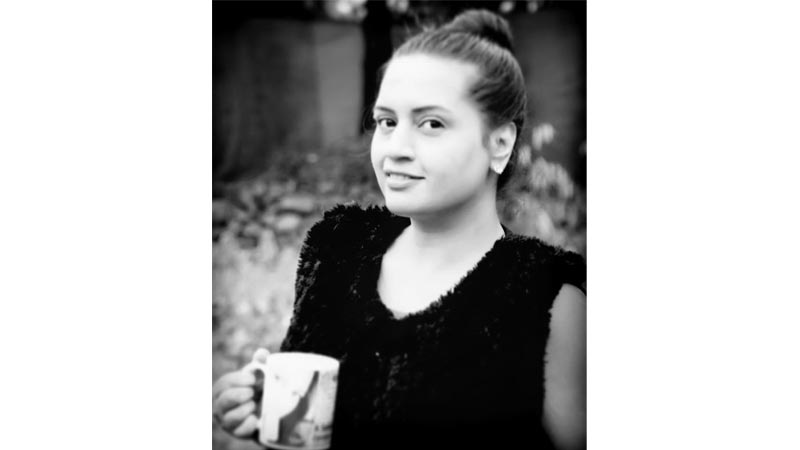 Director Sohail Iftikhar Khan and Production Manager Gul Zaib Nawaz also came under fire for a similar offence. What led to a sudden turn of events? Read further to find out in my exclusive interview with Nausheen.

At what point did you realise that things had gone haywire?

After November 13, 2019 when Aagha Ali and Hina Altaf refused to go on with the production unless I paid them in cash. They had signed their contracts and we were 10 days into our shoot.

Aagha Ali has refuted your FIR complaint claiming, “More than 40 people on set including actors, DOPs, technical staff and crew members were not paid on time. Everyone gave her a favour.” Hina Altaf also shared her view stating, “I have screenshots of my conversation with her, which I can reveal to the media when needed.” How would you respond?

Aagha will obviously refute the case; he does not want to take the blame. I acknowledge that there was a delay in payments but the minute we received the sum, we gave it to them and they fled without prior notice. I would advise Hina to provide evidence of the screenshots in the courtroom instead of exploiting the media. It is a criminal offence. As far as the crewmembers and their finances were concerned, it was my matter to solve, not Aagha’s. He had received his due payment. I recommend they pay a visit to the court and prove their innocence rather than building media pressure.

What does your short-lived experience working with Aagha Ali and Hina Altaf tell you about professionalism in Pakistan’s show business?

I had a bad experience with them as a producer. They are thoroughly unprofessional.

‘Aagha will obviously refute the case; he does not want to take the blame. I acknowledge that there was a delay in payments but the minute we received the sum, we gave it to them and they fled without prior notice. I would advise Hina to provide evidence of the screenshots in the courtroom instead of exploiting the media’

Was it easier for the accused to abandon your television production because you were a new producer?

Yes – it becomes easier to withhold someone when you work as a team. The entire crew committed fraud and victimized me as a result of it.

Your story is a perfect example of how actors can abuse their power to get away with unlawful behaviour. Going forward, how do you plan to grapple this legal dispute?

This may have happened in the past with many producers but most of them probably succumbed to their loss and felt afraid to share their stories. Usually, actors behave in such a manner with relatively new producers, which I am. They assumed that I would keep mum and not retaliate but I have taken a legal stand for myself. They have to compensate for my loss. It is a straightforward legal battle. I am not here to scandalize anyone nor do I intend to.

Influential public figures often take advantage of those who have no platform to voice their truth. Your case isn’t any different. Through this interview, what do you want the readers to take away from your experience?

I completely agree. Some actors misuse their fame and glory to get what they want. It is easier for them to discourage a new line of producers because they are powerful than we are. I know people will drag me into the mud but as long as I am on the right side of the law, I shall continue this fight.

What would you like to say to the neglected group of producers, who are facing similar circumstances but have no media platform to speak out?

I wish media outlets would provide us with the same kind of exposure as celebrities. After all, we bring stars to life. Producers should not feel discouraged at all. Have faith in yourself. The truth surfaces the second you decide to follow the legal system. The reality is, producers have seized private television channels through lobbying. They prevent newcomers from making their mark. I encourage all producers to come forth with similar stories and put an end to this biased, self-serving practice.

Do you think a third party has made deliberated efforts to harm your production house Nosh Films?

I am certain that a third party is involved. My production house has suffered enough. Actors who do not wish to work with you will refuse the offer. I had locked the dates with the cast and crew a month prior. The ten-day shoot spell ran smoothly but out of nowhere, something happened. I suspect that a senior producer, who recently moved from Karachi to Islamabad, is involved and so is a reputed channel. I will not take names. They are not saving the artists but are saving themselves. They had no clue that I would bring quality productions to life in Islamabad. My reaction is unexpected for them and that is where the problem lies.

How do you expect to launch future productions in Islamabad when lobbyists are working against new producers?

Everyone in Islamabad knows who they are. They deliberately attacked my production. Time will expose them eventually. I sought help on legal grounds and that should make some difference, if not a lot. I also thank you for taking out time and telling my story to the world. A team of lobbyists will try to sabotage my name and my production house but I will fight as a warrior. I want to launch a showbiz industry in Islamabad and will do whatever it takes to accomplish that goal. In fact, I already have my next project, a soap serial, lined up for March this year.