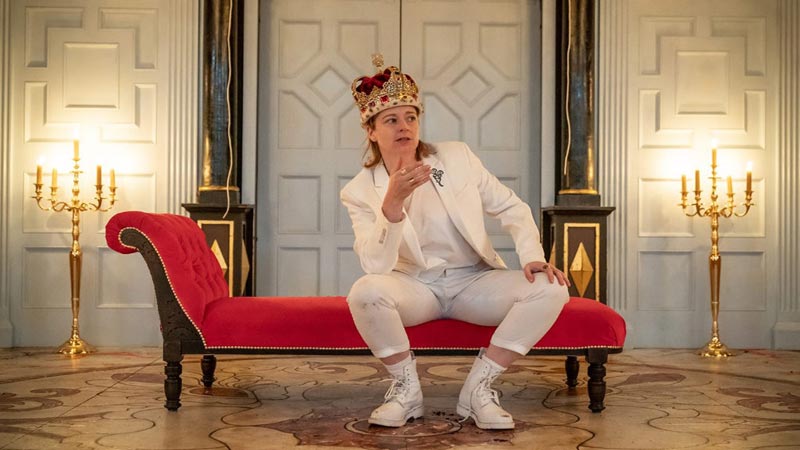 I recently watched two plays that reminded me of Professor Martin Lings, who studied Shakespeare through the sacred lens and opined that the playwright would be quite agreeable with the Sufi school of thought and he was serious about it to the extent that he authored a book arguing his case.

To be fair, the manner in which vice and virtue plays out in some of Shakespeare plays, it turns into a meditation on the length and breath of human potentiality, where you see gluttony, lust, hunger for power, hypocrisy and manipulation play alongside everything that we deem virtuous, such as sacrifice, unconditional love, justice, etc.

Measure for Measure is one of those plays where vice and virtue is imbued in the theme of the plays. Whilst Measure for Measure is rarely performed, it is widely known for its infamous lines like so: “Go to your bosom; Knock there, and ask your heart what it doth know” and as I type this line I can visualise Isabella, which Lucy Phelps plays wonderfully, beckon deputy duke Angelo to take account of his lowly, lustful demand. She is a troubled sister pleading to let go her brother’s death sentence who in-turn becomes a subject of Angelo’s lust who has assumed power after the duke has left matters of the state in his hand but he is so blinded by his lust that he asks: “The tempter or the tempted, who sins most?” as if he was intentionally being tempted by the novice nun. Perhaps, Freud was right in saying every part of the body is seductive.

Gregory Doran has set the play in 1900s Vienna. Sex, corruption, and hypocrisy in the society is very clearly showcased on the stage and so is the madness of Sandy Grierson’s Angelo who wishes to clean the society with all its vices, but draped in vice himself. Having committed to the life of celibacy, the novice nun resents his demands, summons the conscience of the lustful Angelo who is a character popping out of Frued’s work on sexuality. In all of this, the duke-which Antony Byrne plays rather convincingly-saves the day.

This is one of the most fantastic Royal Shakespeare Company’s production. The play is on tour in various venues across the country until 2 August 2020; and The Marlowe, Canterbury, is their next stop. 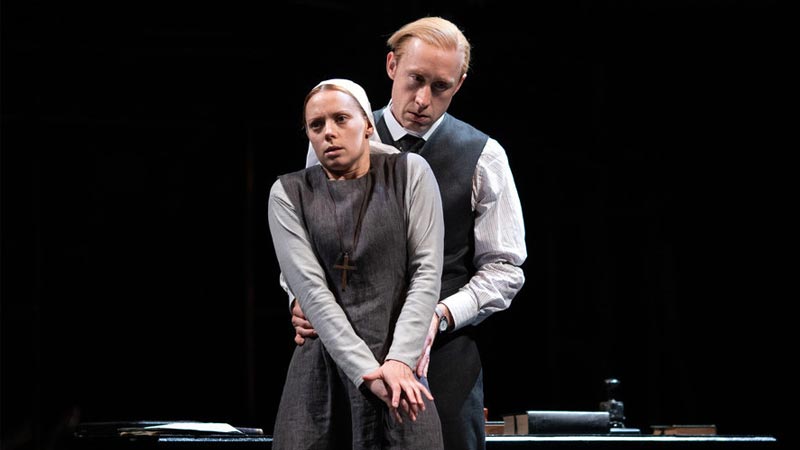 Also from the first folio, Richard III is yet another play where manipulation of a different sought is deeply ingrained in the play. Before I delve into the play, I want to give a shout out to Sophie Russel who brilliant played the part of Richard III in the cosy setting at Sam Wanamaker Playhouse. I felt from her demeanour that she is about to start rapping the original script which was hilarious. Often draped in white suit, wearing white boots and a dashing crown and sometime a soccer tee, she pushed the character of Richard III to its limits. This is innovation at its best irrespective of some others might say.

This play is part of the history section in the first folio, but the way the globe has produced it, it is a brilliant comedy and that’s OK.

The character of Richard III who is responsible for multiple killings has to endure his own conscience. The character is tormented in his dreams for all the wrong he has done and then meets his fate which is no different than what he fated for others in order to attain power.

In the play, there are characters who terrifically multitask playing many parts but so do we in real life. Even if you do not know the script, you can easily follow the play and enjoy the laughs and giggles which is somewhat unusual for Richard III and the credit goes to all the performers. Also, hats off to Michelle Terry for her brilliant use of lighting; she has incorporated practically every trick in the book to enhance the theatrical effects in a relatively small space. Richard III is running until January 26 at the Globe.