SHARJAH: A change of formats has not brought a change in fortune for a faltering West Indies side. Having been blanked out in the T20I series, they lost the first ODI in Sharjah by 111 runs. While West Indies continued to struggle to get enough runs on the board in spin-friendly UAE conditions, Pakistan would be cheered that many of their younger players are at the forefront of the winning momentum they are starting to build. Among those young guns is 21-year-old top-order batsman Babar Azam, who stroked his maiden international century in the first ODI. Opener Sharjeel Khan and left-arm spinners Imad Wasim and Mohammad Nawaz are other less experienced players who have shown signs that they may have bright careers ahead of them. For the time being, they are fueling Pakistan’s progress and West Indies’ demise in a tour that has so far been utterly one-sided. For West Indies, one of the main stumbling blocks has been their failure to put up competitive totals on tracks that are not conducive to their free-spirited, big-hitting game. As captain Jason Holder acknowledged, they need to rotate the strike better and show the application to build an innings. A win in the second ODI would seal the three-match series for Pakistan, but there is more riding on it than that. A 3-0 series victory for Pakistan would displace West Indies from the No. 8 position in the ODI rankings. As both teams eye direct qualification for the 2019 World Cup (for which they would need to be in the top eight on September 30, 2017) such encounters acquire added significance.

In the spotlight: In the opening ODI, Pakistan captain Azhar Ali nicked the first ball of the match, and his first of the tour, to depart for a golden duck. Azhar, who averages 38.69 in 26 ODIs as captain, will be under mounting pressure to prove that he can juggle the responsibilities of captaincy and opening the batting. At issue is not just whether he can churn out enough runs, but whether he can do so at a strike rate in tune with the new brand of cricket that coach Mickey Arthur wants to inculcate in his charges. Given that Azhar had earlier declined the PCB’s request to relinquish the captaincy and focus on his batting, he would doubtless feel he has a point to prove. While Holder has spoken of the need for his batsmen to play spin better, he would also want more from his own lead spinner, Sunil Narine. After going wicketless in the T20I series, Narine returned figures of 1 for 58 in 10 overs in the first ODI. He was outbowled not only by team-mate Sulieman Benn but also by Pakistan’s far less experienced spinners. If it is unrealistic to expect West Indies’ batsmen to dramatically improve against spin overnight, then at least a better showing by Narine could narrow the gap between the sides.

Team news: Umar Akmal must be itching to break back into the ODI side, but Pakistan are unlikely to change their winning combination as they seek to build consistency and stability in their limited-overs set-up.

In West Indies’ continuing quest for top-order runs, they may consider replacing the scratchy Kraigg Brathwaite, who made his ODI debut in the first match, with Jonathan Carter or Evin Lewis. The rest of the XI is not expected to change much.

Pitch and conditions: Nearly 80 minutes were lost due to a floodlight failure during the first ODI. With Sharjah set to host the second match as well, it is hoped that those issues have been adequately tackled. The weather has been consistently hot and the pitch is likely to be similar in nature to that of the first match. Expect a flat, batting-friendly surface with assistance on offer for disciplined spin bowling. Given the afternoon heat, bowling first might be best avoided. 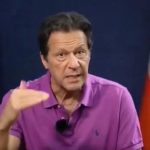 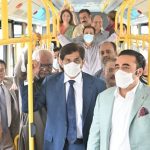