Bangladesh agrees to play two Tests, one ODI and three T20Is in Pakistan 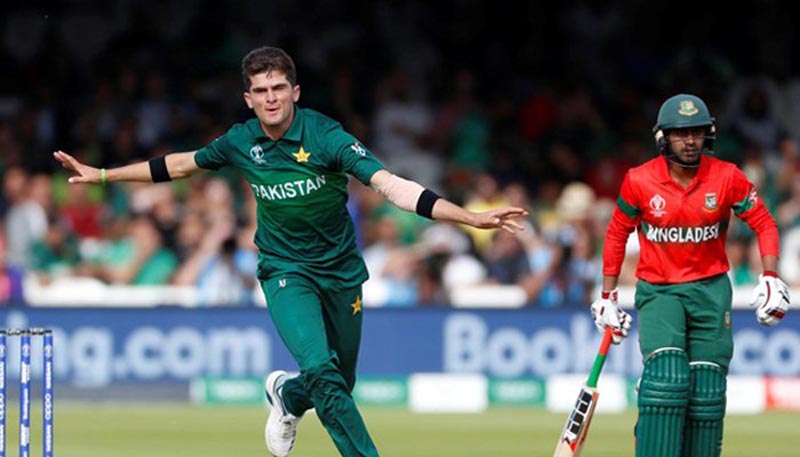 Bangladesh will play two Tests, one ODI and three T20Is in Pakistan –– though the matches will be split across three legs. There will be three T20Is played from January 24 to 27, all in Lahore. The first Test will take place in Rawalpindi from February 7 to 11 in the second leg, and Bangladesh will return in April to play a solitary ODI and the second Test, both in Karachi. The Pakistan Super League, also to be played in Pakistan in its entirety, will be played between the second and third legs of Bangladesh’s tour. After the PSL concludes on March 22, Bangladesh will return to Pakistan to play a solitary ODI, in Karachi on April 3, followed by the second Test of the series, from April 5 to 9.

PCB Chairman Ehsan Mani said: “I am pleased that we have amicably achieved a resolution that is in the best interest of this great sport as well as both the proud cricket playing countries. I also want to thank ICC Chairman Shaskank Manohar for the leadership he provided and ensured the sport continues to grow and thrive in the two countries.” PCB Chief Executive Wasim Khan, who also attended Tuesday’s meeting at the ICC headquarters, said: “It is a win-win outcome for both the boards. I am glad that the uncertainty around the series is now over and we can start planning for the smooth delivery of the matches. Bangladesh will visit Pakistan thrice, which should give them the comfort that Pakistan is as safe and secure as any other cricket playing country.”

This latest update to the status of the series is, the PCB will hope, the final chapter of a saga that has dragged on for weeks now, with the prospect of the tour believed to be all but killed off after the BCB announced on Sunday it was against government advice to stay on for any more than 6-7 days in Pakistan, which would only be conducive to a T20I series. But the PCB’s announcement the following day that they would continue to have discussions with the BCB on the sidelines of the ICC’s Governance Review Committee meeting implied they had not yet given up on a favourable outcome. Manohar having facilitated these talks led to the surprise outcome announced on Tuesday.

BCB President Nazmul Hassan said: “I must thank the PCB for understanding our position. We are pleased that a mutually acceptable resolution has been reached and this is a prime example our sincere efforts at respecting the ICC FTP commitments.” Bangladesh had maintained from the start that they were ready to play a limited-overs series in Pakistan, but the PCB was adamant any visit would have to include the two-Test series set in the ICC Test Championship calendar and the Future Tours Programme. The Bangladesh women’s team toured Pakistan for three T20Is and two ODIs in October-November 2019, with the series going off without incident. That came on the back of the Sri Lankan cricket team touring Karachi for three ODIs and Lahore for three T20Is, before they would return for two Test matches in December 2019, the first Test held in Pakistan since 2009.