Enactment of Khyber Pakhtunkhwa Control of Narcotics substances, 2019 overriding Federal law of Narcotic Substances Act, 1997, came as a thunderbolt on Narcotics cartels operating throughout the province being more deterrent in nature due to its inclusion of unnerving penalties like death and up to life imprisonment for a smaller quantum of substance as compared to the overridden law. The act from its inception is being made instrumental against the production, processing, trafficking, and transport of drugs and substances especially Ice. 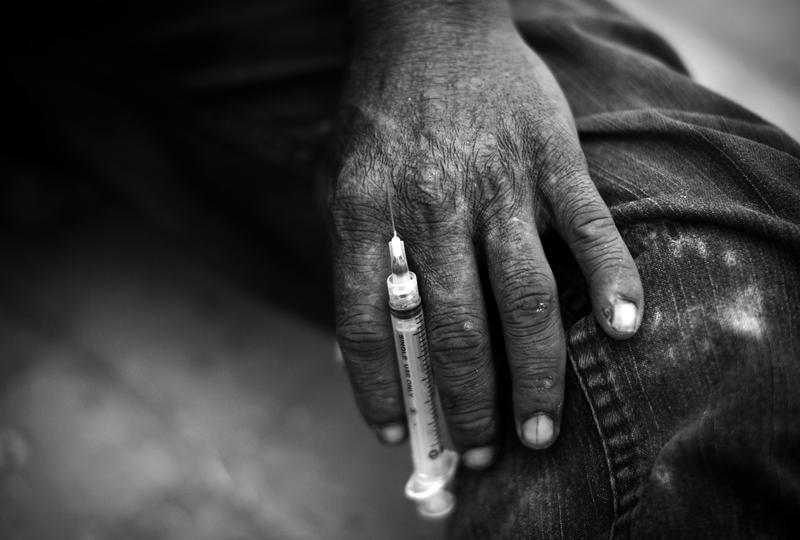 Aimed at eliminating narcotics menace from the society this law is not free from lacunas, the foremost and most important one is lacking a bail clause, which is victimizing the vulnerable class of people known and referred to as ‘(Drug) Addicts’. The act defines them as 2(b) “addict means a person who is physically or mentally dependent or habitually uses narcotic substances”. Secondly, to the surprise of all, even a trial court is yet to be established under this Act. In absence of both, accused as well as addicts are stuck between the devil and the deep blue sea.

In the erstwhile Narcotic Substances Act, 1997, those caught with a minimal amount of narcotic substance; who were mostly consumers of the drug, penalty for which was fine only, were produced before the magistrate and liberated after being fined in accordance with the law without services of an attorney. But due to the absence of a bail clause, accused persons including addicts have to file a writ petition under Article 199 of the constitution of the Islamic Republic of Pakistan in Peshawar High Court to get liberated even though the penalty remains the same. Addicts/ consumers are mostly charged under section 9(a) of the new act which states: “imprisonment, which may extend up to two years, or with fine, or with both, if the quantity of the Narcotics drug, psychotropic substance or controlled substance is less than fifty grams;”

In the case of Ameer Zaib versus The State (PLD 2012 Supreme Court 380), the Supreme court of Pakistan gave wisdom that quantum of sentence shall be in accordance with narcotic substance recovered from the accused. Whereas initial onus of proof on the prosecution is whether the recovered substance is, in fact, a narcotic substance.

Having said that even National Accountability Laws lack bail provision and in October 2018, a larger bench of the apex court while hearing Talal Ishaq’s case had proposed a suitable amendment by inserting bail provision in NAB laws. Authoring judgment in the Talal Ishaq case, former Chief Justice of Pakistan Asif Saeed Khosa noted that “In the changed scenario the legislature might consider amending the National Accountability Ordinance appropriately so as to enable an accused person to apply for his bail before the relevant accountability court in the first instance.” The judgment also said that the superior courts had always faced difficulty in adjusting the requirements of “without lawful authority” and “of no legal effect” relevant to a Writ of Certiorari (Article 199(1)(a)(ii) of the Constitution) with the requirements of bail provided in Section 497, CrPC.

In a plethora of judgments, the Apex Court of Pakistan has held that if there is an ambiguity in a special law or it is silent on something then provisions of Criminal Procedure Code, 1898 will apply in criminal laws and similarly, Civil procedure Code 1908 will apply to cover gaps in all civil laws.

Even after the evolution of law, precedents of the superior courts and practice of Narcotics laws, hundreds of addicts are made to rot in jail for possessing even a gram of narcotic substance, in which too, the foremost onus of proof on prosecution is that whether the recovered substance is, in fact, a narcotic substance. Families of the accused/ victims hire services of a high court lawyer by lending money from a well-wisher, followed by time-consuming formalities of submitting a petition and then wait for the case to get fixed for hearing and be adjudicated upon, which takes weeks.

While the legal formalities are going on, victims of this hazard start facing withdrawal symptoms of the drugs they consume while they are rotting in overcrowded prisons, without adequate health facilities, heating, bedding, clothing, proper food, medications necessary for addicts and caretakers. Drugs commonly used in Khyber Pakhtunkhwa include Opium, Morphine, Heroin, Codeine, Fentanyl, Oxymorphone are “Opiates” derived from opium poppy plant and activate “Opioid” receptors of nerve cells. Withdrawal symptoms of these drugs, several hours after the last dose are Aching Muscles, Stomach Pain, Anxiety or Agitation, Increased Heart rate, Fever and Chills, Nausea and Vomiting, Diarrhea, Tremors and depression et cetera.

Even though the law provides for creating of centers for rehabilitation of addicts and funds for the process under section 43 of KPCNSA, 2019, but no such measures have been taken as of now, while the addicts dressed as dead, go sour in prisons, waiting for the angel of death to bring a quick ease to the suffering, unbearable for these vulnerable beings.

Lawyers all over Khyber Pakhtunkhwa have times and again protested against KPCNSA 2019, and Amendments in Civil Procedure Code 1908, knowing the sufferings of public and being the medium between masses and judiciary/ government, however, recently called on to boycott Courts throughout the province for indefinite time till the provincial government rectify their mistakes in the aforementioned laws. Some petitions have been moved in the Peshawar High Court against the absurdities.

The government could have enacted the law with a bail provision or in alternate made all the arrangements required through the operation of section 43 KPCNSA, 2019 for the vulnerable Addicts attached to the subject law by keeping the commencement date at a later stage. Government is leaving behind a history of unprepared and ill-advised legislation in Khyber Pakhtunkhwa, many law knowing people fear that this may become an issue like the delay of many years in the appointment of ombudsperson after the enforcement of Protection against Harassment of Women at Workplace Act, 2010, that too through order of Peshawar High Court. But let’s hope not.

The writer is a student of Law based in Peshawar. He can be reached at kakakheln@gmail.com