We’re running towards a future that might cease to exist

From fashion, entertainment, fancy food to uncountable luxuries, we humans want it all. One can’t deny that it feels nice to pamper yourself and get loads of stuff (read: buy and consume material things that you don’t need) but ‘the heart wants what it wants’. Are we to blame though? We open our eyes, entering into a system that is broken. So standardized, competitive and materialistic we can’t help but come under the captivation of it. What the system doesn’t tell us though, in the aftermath of our human kitty party. 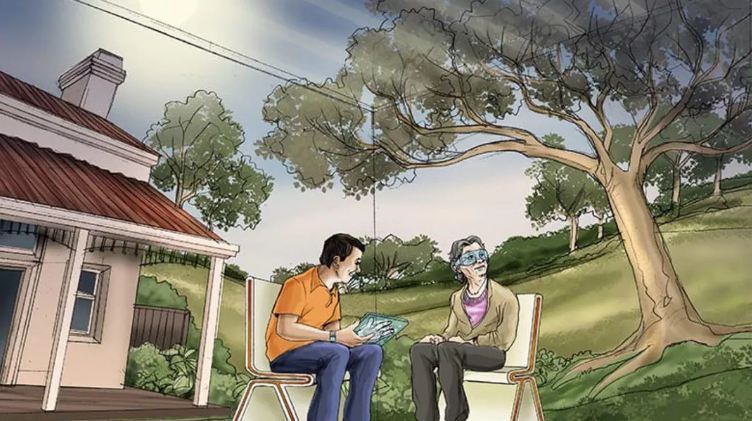 If observed through environmental statistics, in the last few centuries the human footprint on earth has taken a massive leap linked to the exponential rise in population. Media is so busy advertising the aesthetics of industrial products, in order to feed the capitalistic industries; it doesn’t bat an eye to the ecological crisis we’re headed towards. How often do you see a media agency showcasing the drastic climatic effects and future depictions in case we don’t stop our industrial flood of production or look outside our bubbles of fascination? Last I checked there wasn’t a single brand advertising the fact that we should buy their product cause it’s costing us just about umm.. Our existence?!

Not’ so surprisingly, Today humans are more vulnerable to climate change than they have been in 3 million years. Out of the estimated world’s population of 7.7 billion, 11% of e.t 800 million people are affected by climate change and its impacts directly through heat waves, floods, droughts, and extreme weather catastrophes. Additionally, The number of people affected by heatwaves has increased by approximately 125 million in the previous century as stated by UN news.

To further put things in perspective, the concentration of carbon dioxide (CO2) has never in centuries, been as concentrated in the air we breathe in, as it is today and according to a study conducted by the UN intergovernmental panel on climate change, the climate change as getting worse, might be irreversible by 2030. This leaves us with nearly no time to shift our priorities and move towards nature-friendly lifestyles unless one thinks we can fight the ecological crisis with our Gucci’ Prada’s.

Come to think of it, humans are not the only affected species; thousands of species are affected by the anthropogenic actions leading to today’s environmental crisis. No, the world does not exist around us, we just act as it does. The average expected rate of species extinction is 5 species per year which has been multiplied by 10’000 currently, dozens of species go extinct every single day due to climate change which is disturbing the ecological balance of nature. The massive loss of biodiversity leads to water pollution, lack of food security and the natural ways of controlling pests go extinct alongside, in short, it all comes back onto humans.

Just imagine what would happen if the world’s entire consisting glaciers were to melt due to climate change? According to a climate model produced by the intergovernmental panel, this thought is not far from becoming reality. By the end of this century, most of the earth’s ice covering will melt and cause irreversible catastrophes through natural disasters and floods strong enough to engulf entire cities in a go. With most of the land being underwater, not all but a majority of the population will end around the earth and the remaining ones might not be able to survive the pollution and effects of natural disasters for long, in short, we’re doomed.

Humans will have to fight the battle against climate change immediately because according to climate scientists, we only have 20 years before there is no more turning back. Taken from reports, in order to avoid global catastrophes, we will have to reduce carbon emissions by 40% till 2030. In order to reduce carbon emissions massively, the government must come forward and take a stand against it. Individual efforts are valuable but they aren’t enough to fight the current crisis alone.

Ask yourself a question, luxuries or life? And base your actions accordingly. Each one of us will individually have to step down from the latter of excessive consumption and lead a minimalistic life that is environment-friendly. In order to reduce greenhouse gas emissions on individual levels, one can shift to renewable energy sources, recycle instead of replacing and grow trees or do urban plantation.

Similarly, the state will have to come forward and make laws that enforce environmental sustainability, carbon emissions should be highly taxed, public transport should be made cheaper and available and environmental sustainability should be institutionalized and embedded deep into the minds of the youth. Just because nobody has to pay for the environmental damage they do on an individual basis, does not mean we won’t have to pay for it collectively. It’s time we turn around and run towards a future that is healthy for our generations to come.

The writer can be reached at ranimperacha987@gmail.com