Causes of Fire in Forests

The fire in forests erupts due to either of two ways-natural or human factors. Natural fire generally erupts due to lightning or a sudden process of combustion of dry fuel of sawdust and leaves. The striking of sky lightning on the trees create a forest fire. A fire triangle comprising heat, oxygen and fuel is required for a forest’s natural fire to burn. 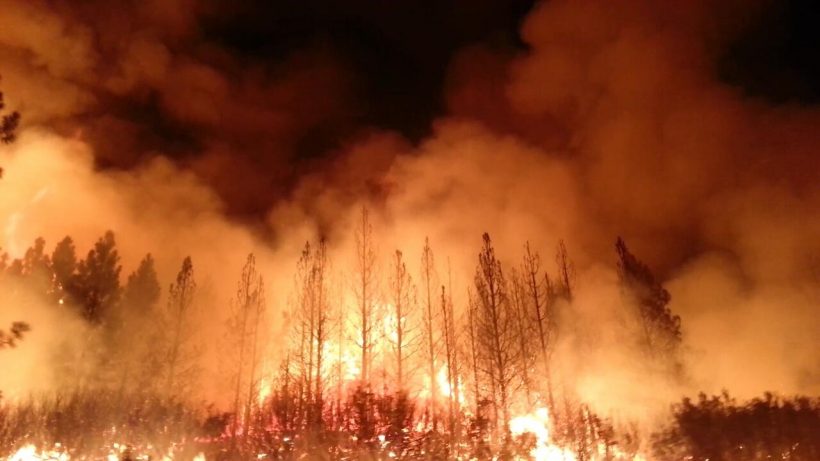 Fire usually prevails in the direction where these three factors are widespread. There are three types of natural fire in forests, which depend on the area where they erupt. The first and foremost is ground fire, which is usually fired below the leaves and on the ground. The surface fire occurs on the surface of the forest, which is usually at a height of up to 1.3 meters. Crown fires are the wildest, and these spread in almost every nook and cranny of the jungle. They usually light up on top of the tree, and this burns the crowns of the tree. Like this, the fire is transferred from one crown to another.

About 100 years ago, forest fires were attributed mainly to natural calamities such as earthquakes and volcanic activities. New studies, in contrast, reveal that it is majorly the lightning, which accounts for wildfire.

The human-caused forest fire usually erupts due to factors like smoking, entertainment, and the use of lightning and fire-triggering equipment. When a source of fire like an open flame, any electric spark, cigarette or any ignition source reacts with inflammable material, it creates a destructive fire. Garbage deposits and burning also create wildfire in the forests. Human-caused fires are normally found out in their early stages, and therefore these are extinguished with ease. Human-caused fires constitute a higher proportion of forest fire than natural fires. However, natural fires are burnt for a long time before being detected by fire-brigades. They take a long time to be extinguished by fire-fighters due to their high intensity and severity.

The impact of both natural and human-caused factors creating wildfire in the forests is devastating. It disturbs the population of flora and fauna in the forests to an extent that natural species vanish gradually, and weeds or invasive plants grow tremendously. Besides, forest fires deeply increase the levels of carbon dioxide in the atmosphere, resulting in the emission of greenhouse gases and a gradual change in the climate. The presence of the ashes resulting from burning erodes the nutrients in the soil leading to land sliding and floods. Ammonium polyphosphate is a chemical, which is generated from burning and it affects adversely the soil’s nutrients. This harms the fertility of the soil and affects negatively the growth and composition of vegetation.

Forest fires are widely common in forests of Amazon, California, other states of America, Australia, Spain and in some other parts of the globe as well. 90% of the fire in the forests of these places are caused by human factors.

To avoid forest fire, rules regarding permit requirements should be followed. A burning permit for burning grass should be obtained and it be should be commanded only to burn only natural vegetation. The area surrounding the burn pile of any flammable debris should be neat and cleaned. Besides, the firefighting equipment should be safely accessing all the time, and areas of vegetation should be avoided from burning.

The writer is a freelance writer, a researcher, and a teacher