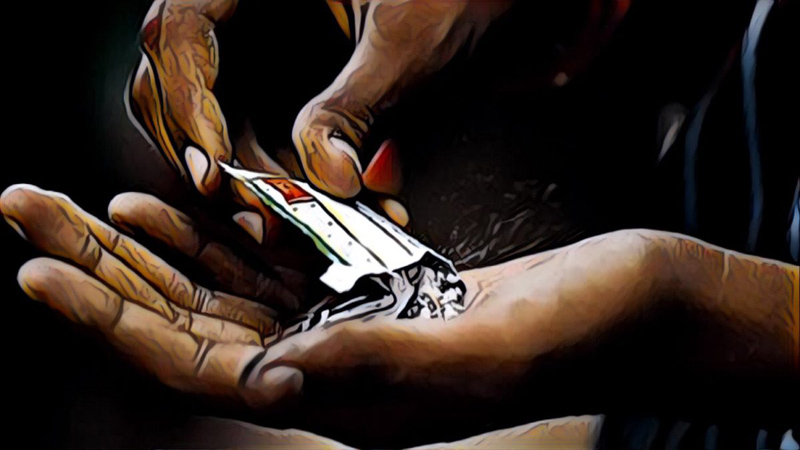 Sindh government on Monday informed Sindh High Court (SHC) that the legislation to impose ban on making and selling Gutka and other harmful substances has been approved and sent to the governor.

A division bench headed by Justice Salahuddin Panhwar heard a petition against making and selling gutka and other harmful substances.

The government informed the court that the assembly has passed the law and sent to the Governor of Sindh for endorsement.

Police department also submitted a report that a complete ban has been enforced over Gutka, Mainpuri, Mava and other harmful substances and those involved in the offence being booked under Section 337-A (intentionally causing hurt) of the Pakistan Penal Code.

The police report said that in 2018, 395 offenders were arrested in Malir district and 320 of them were convicted in cases. In Thatta 328 cases were registered and 320 people were indicted, according to the report.

The bench ordered the police to continue its action against Gutka, Mainpuri and other harmful substances. The counsel of the petitioner informed the court that legal action was continued in Korangi and Malir districts, while the hazardous substances being sold openly in other districts.

The court warned that the I.G. Sindh Police will be summoned in person if the court order was not implemented by the department. Court adjourned further hearing of the case until February 10.

In an earlier hearing the court had ordered registration of cases against those selling gutka under Section 337-A (intentionally causing hurt) of the Pakistan Penal Code.

Advocate Muzammil Mumtaz and others had filed petition in court and sought action against manufacturing and sale of the harmful substances alleging that the police was complacent and doing nothing against the offenders.Gutka is a preparation of chewing tobacco made of crushed areca nut, tobacco, catechu, paraffin wax, slaked lime and sweet or savoury flavourings.