On the night between January 7-8, 2019, Iran retaliated by launching five missiles on two American/NATO bases in Iran. There are conflicting reports about the casualties. The US denies any casualty of American or NATO troops, but the British foreign secretary admits that there are “reports of casualties.” 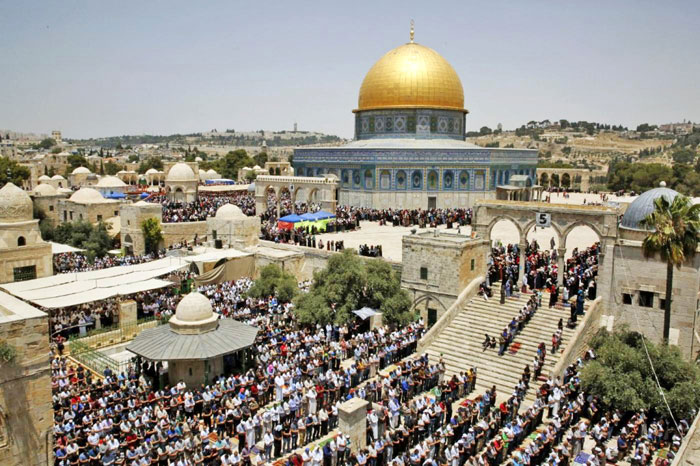 For the time being, both the US and Iran have indicated that they want to deescalate.Considering the history of their conflict I think this is a temporary phase.

Turkey holds the wild card in the present crisis in the Middle East. President Erdogan met with President Putin yesterday. If Turkey decides to side with Putin, Iran would be safe and US influence wouldbe limited, but if they don’t have a lasting agreement on Syria and Libya, the conflict can escalate.I think a compromise would be reached. In Libya, Turkey would get concession in return for giving concessions to Russians in Syria.

Was the US drone attack that killed Major General Qassem Soleimani an effort to divert attention from the impeachment of President Trump in US congress, or an action taken due to some threat perception or an effort to gain Israeli or proto Zionist sympathy and support for the 2020 US presidential election, only time will tell. But one thing is clear that it has sparked dangerous tensions in the region.

The US invaded Iraq on the pretext of WMDs, and then admitted that there was no evidence, which means that Saddam Hussain was ousted illegally, and Iraq was invaded unlawfully.

US actions and President Trump’s aggressive statements would help Iran and the anti-US forces in the Middle East. During the anti-corruption protests, Iraqi Shias and Sunniswere united against the government.The era of sectarianism has passed, and if the US with its actions and statements gives the impression that it is an occupation force it would be resisted by all Iraqis. The assassination of Soleimani has united Iranians, and it has also brought anti-Iran Iraqis on the same page with Iran against the US.

If sense doesn’t prevail, there would be a new era of violence in the Middle East. Oil prices would be sky high because theStrait of Hurmuz and the Red Sea are both in the reach of anti-US forces.

There are many small conflicts that are related to the wider conflict in the Middle East, starting with the Israel-Palestine conflict where the Muslim masses are sympathetic to the Palestinian cause. Iran is one of the countriesthat is supporting Hamas, the main anti-occupation group against the Israeli apartheid. It also supports Lebanese Hezbollah, which has fought wars with the Zionist state of Israel. There is a civil war going on in Yemen. There is also Syria where the pro-Iran and anti-Iran forces are at war,with a low intensity faceoff between the US and Russia.

The US and Israel started supporting the Kurds after the Adana agreement of 1998 between Syria and Turkey. Kurds were also used by Americans during the Iraq Invasion of 2003. A few months ago, the US ditched its ally, YPG/SDF forces. At present,the Turkish troops in Syria are fighting against theKurds with US approval.

Turkey has also troop presence in Idlib where its forces are facing SAA supported by Russians.

Turkey is part of NATO and hosts NATO’s most important air base, Incirlik. US-Turkey relations have never been ideal. The US opposed and sanctioned Turkey when it had to intervene on behalf of the Turk Cypriots. The US-Turkish relations started to decline when in 2003 US forces blindfolded and handcuffed members of the Turkish special forces in Iraq and kept them as prisoner for days.

Turkey with a strong history pursue an independent policy thatthe US doesn’t like.That’s why when Turkey asked for a US air defence system,the US refused, so Turkey went to Russia, which obliged by selling the state-of-the-art S-400. The deal offended the US, and it excluded Turkey from the F 35 programme. After that, the US ignored Turkey’s legitimate interests in Syria, which forced Turkey to threaten NATO with taking back its strategic Incirlik Air Base

Turkey is balancing its relations with both the US and Russia, and have interests connected to both the countries. Turkey is part of NATO but is also operating the S 400 air defence system. Turkey wants to create a safe zone in the Idlib region where Russia is helping the Assad forces against the pro-Turkish forces.Turkey is also a friend and competitor of both the US and Russia.

Then there is the Mediterranean gas dispute where Turkish Cyprus allowed exploitation rights to Turkey in 1990’s, and now after the Libya-Turkey agreement, the US sponsored EASTMED 1,900-kilometre pipeline has become under threat. The US govt is backing the pipeline that is being constructed by a US company. Egypt, Israel and Greece are part of the pipeline. The aim of the pipeline is to give an alternate for or replace Europe’s dependency on Russian gas.

There is also the Libyan civil war. In Libya, Haftar, a former CIA asset, is being supported by Egypt, the UAE, the KSA and Russia, and the GNA government is supported by Turkey. Recently, Turkish forces landed in Libya. This is the second place where Turkey and Russia are facing each other indirectly.

When we look at Iran, we see that the thousands of years old Iranian civilisation is standing in front of the KSA, the UAE, Bahrain, Israel and the US. Russia, China and Qatar are backing Iran.Qatar, a friend of Iran, hostsa US base where Centcom was stationed. Qatar was cornered by the GCC, and it was Turkey and Iran that helped it to survive the blockade.

Iran is part of BRI, and China buy its oil from Iran, but it will be unrealistic to think at present that in the case of a war China wouldopenly help Iran. Recently, Russia and China conducted a naval exercise in the Arabian Sea. Iran is also constructing a rail link with Iraq under BRI.

Russia has unique relations with Iran. It was in cold war with Iran in Syria where Russia tried to limit the Iranian influence; many Russian S-300s failed to shoot Israeli missiles and jets that targeted Iranian forces. Many analysts think that the reason for Russia’s failure was its expectations to reap maximum benefits from the future reconstruction of Syria. Russia bought Iranian oil at very cheap prices. It also refused S 400 sale to Iran in the past. Russia never called Iran its ally but treated it as a tactical necessity. On a strategic level, any further escalation between Iran and the US might disturb the geopolitical balance for which Russia intervened in Syria.

If the US and Iran go to war, Putin will be needing replacement to Iranian boots in Syria, and Turkey can helpif a compromise is reached. Turkey, on board, is also needed to control any aggression from US’s camp against Iran.The latter hasa strong and useful influence on the Hezbollah of Lebanon.

Iran has its sympathisers and forces throughout the Middle East, from Lebanon to Yemen. If Iran is attacked,it may retaliate anywhere from Afghanistan to Lebanon. If it does so it would bea global war that would engulf the MENA region to Afghanistan because of the clash of interests between the major powers. Its heat would be felt throughout the globe, and conflict would get out of hand.It would become a clash of civilisations.

The writer is a senior researcher at Indus News, Lahore