A nuclear holocaust in South Asia 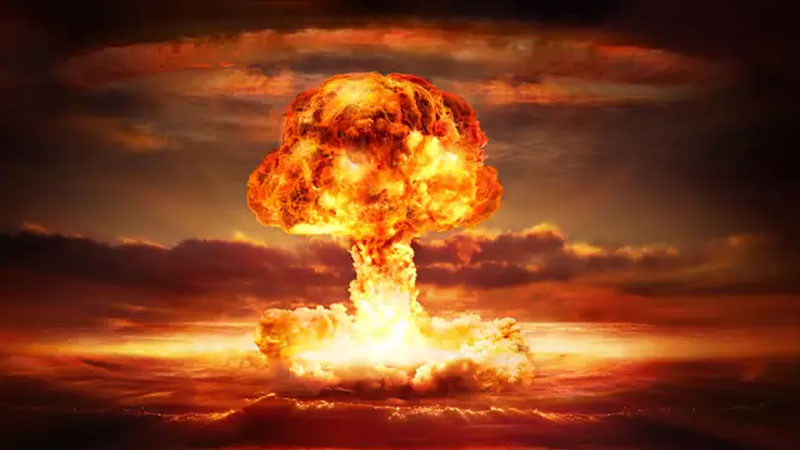 A nuclear war between Pakistan and India has been talked about, referred to and discussed by many people and at many forums.

It is believed that some intelligence quarters in the United States have even simulated such a scenario and predicted many deaths. However, Safdar Zaidi has a different take on it. He is a fiction writer and has fictionalised a possible nuclear holocaust between Pakistan and India.

The problem with us the readers is that we take fiction as something akin to make-believe or made-up. But if you ask a fiction writer, they will say that the basic principle of writing fiction is not to tell but show. In fiction writing, this principle is emphasized so frequently that it is now taken to be a cliché in the domain of creative writing. But clichés despite their hollowness are not empty of the truth they seek to outline. And this is what Safdar Zaidi has done in his Bhaagbhari/ A Blessed Woman. He has shown how a nuclear war between the two countries can destroy everything.

And herein lies the problem with Safdar Zaidi and the problem that he has posed. In Pakistan, nuclear weapons are regarded as toys. Opinion-makers and their makers claim with levity, “We have not designed those weapons to just look at them and enjoy the sight. We have made them in order to use them!” And the sign of exclamation is not that of passion, but glee.

And herein lies the problem with Safdar Zaidi and the problem that he has posed. In Pakistan, nuclear weapons are regarded as toys. Opinion-makers and their makers claim with levity, ‘We have not designed those weapons to just look at them and enjoy the sight. We have made them in order to use them!’

Thus, the hero of Zaidi’s novel is a Hindu boy who is kidnapped and converted to Islam. In his fascist incarnation, he acts with a vengeance. He cuts his teeth on the Shia blood killing them with impunity. He is nourished and facilitated by the army which has taken on the role of conquering the infidel parts of the world through the sword.

Thus, the nuclear toys are thrown on India in a noble cause and India responds obligingly. The result is not devastation but annihilation. Without giving away a spoiler, all I can say is that Zaidi’s view is not optimistic. I think he can claim justification for such a tragic view of life in the subcontinent, a place where war is believed to lead to peace and peace must lead to war. Of India and Pakistan, who should be held more responsible in the event of a nuclear war? I want the reader to find out for themselves. Zaidi, however, is hard on those who have been using the concept of jihad to satisfy their lust for power and money.

Zaidi’s language is journalistic, which means it is meant for those who will be most likely affected if the two countries decide to go to a nuclear war. The plot is traditional, as he does not get bogged down in postmodern tortuousness.

Zaidi’s is good work, but if you are thinking in terms of reconciliation or goodness in humans, this is not the work for you. But if you desire to find out what it means to be a malignant animal that man is, read it and enjoy it sadistically.

The writer is a published author. He can be reached at hellozaidi@gmail.com