* Other countries featured on the list include Armenia, Chad, Eritrea, Guatemala, Mongolia and Saudi Arabia among others 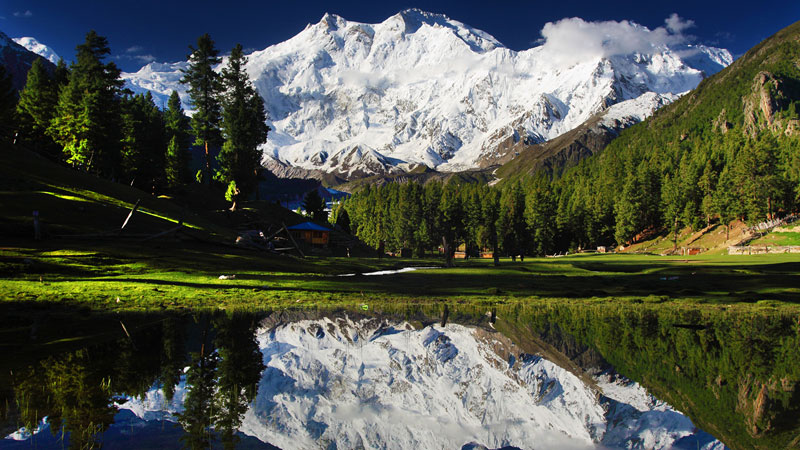 Pakistan has made it to Forbes The Not Hot List: 10 Best Under-the-Radar Trips for 2020 as travellers and tourists are looking for something new, something different this year.

The American magazine wrote “Closed countries are opening up. Savvy luxury agencies are making remote destinations accessible to travellers who don’t want to rough it or risk much. And it’s also just feeling like the right thing to do.”

Other countries featured on the list include Armenia, Chad, Eritrea, Guatemala, Mongolia and Saudi Arabia among others.

It points out that many tourists want to travel off the beaten path and to places where they can avoid other tourists. The list is based on this newly discovered need of modern tourists.

“Where can we go to avoid other tourists?” is one of the most common questions asked by travellers from travel agencies now. Hence, they along with local tour guides are “finding innovative ways to counter over tourism and responding to our clients’ increasing demands for travel ideas that are sustainable and off the beaten path,” the magazine highlights.

Wild Frontiers founder Jonny Bealby’s company anticipates Pakistan as a destination to be one to watch in coming years especially after the nod from Duke and Duchess of Cambridge’s recent visit.

On why the country is the next big destination, he said “Pakistan is perhaps the ultimate adventure travel destination.”

“It offers ancient Indus civilizations stretching back 4,000 years, and exciting cities like Lahore with its forts, mosques and palaces. But most of all, it offers incredible scenery, particularly in the north where the three greatest mountain ranges collide. Pakistan is great for trekking, mountain biking, rafting or just cultural tourism. The infrastructure has also improved, with resurfaced roads and new tunnels cutting down travel time, new luxury hotels are opening up in the region.”

It points out that many tourists want to travel off the beaten path and to places where they can avoid other tourists. The list is based on this newly discovered need of modern tourists

This was followed by British Backpacker Society ranking Pakistan third on its highest potential adventure travel destinations for 2020 list.

Despite the country witnessing a revival of tourism in the recent past due to a new e-visa system and much-needed other reforms, a lot needs to be done especially in terms of improving infrastructure to facilitate tourism.

Forbes is an American business magazine.

The magazine is well known for its lists and rankings, including of the richest Americans (the Forbes 400), of the America’s Wealthiest Celebrities, of the world’s top companies (the Forbes Global 2000), 30 Under 30 and The World’s Billionaires. The motto of Forbes magazine is “The Capitalist Tool”.

Its chair and editor-in-chief is Steve Forbes, and its CEO is Mike Federle.

In 2014, it was sold to a Hong Kong-based investment group, Integrated Whale Media Investments.