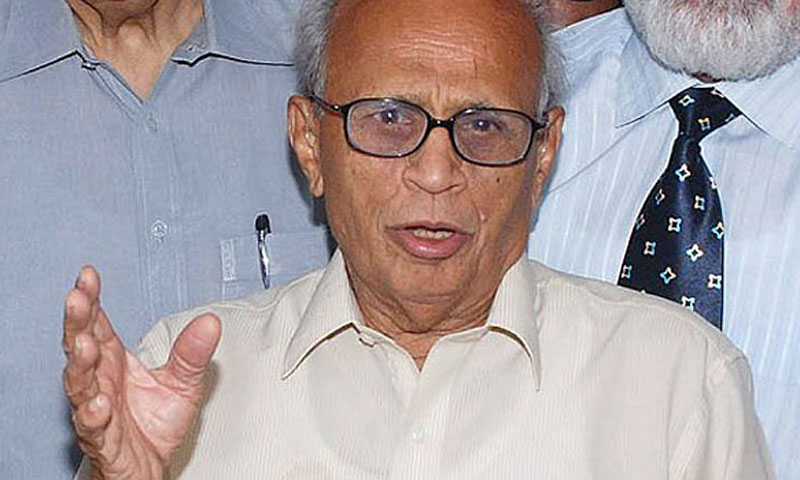 Funeral prayers for the former attorney general will be offered at Noor Bagh Graveyard, Mewa Shah in Karachi.

He was born on February 12, 1928 in Ahmedabad in the state of Gujarat. Ebrahim attended the Gujrat Vidyapith and received an undergraduate degree in law in 1949. He also studied courses based on philosophy and attended lectures given by Mohandas Karamchand Gandhi. It is believed that his advocacy for non-violence and peace comes from Gandhi’s teachings.

In the year 1950, Ebrahim migrated to Pakistan and attended Sindh Muslim College. He received an LLM degree and an honorary Juris Doctor in 1960 and later established his own law firm by the name of Fakhruddin G Ebrahim & Company.

It is believed that Ebrahim always possessed positive sentiments for the Pakistan Cricket Board (PCB) and announced various verdicts in the favor of Pakistani sportsman including Saleem Malik, Shoaib Akhtar and Muhammad Asif.