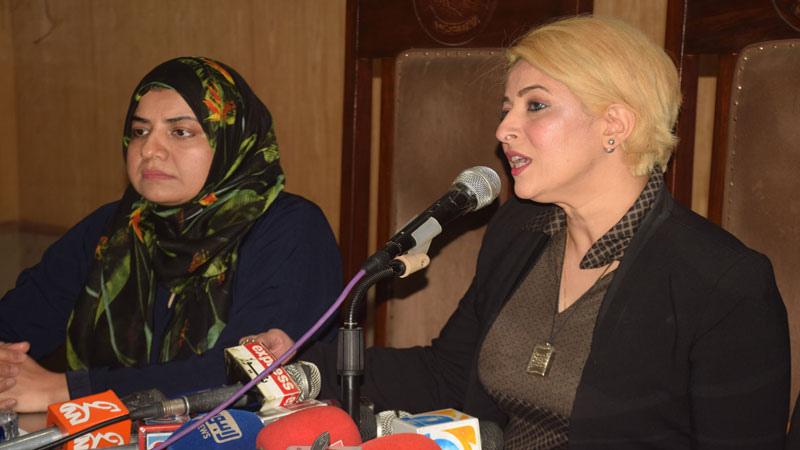 Animal rights activist, socialite and journalist Sarah Gandapur held a press conference against animal cruelty at the Lahore Press Club on Monday. The conference aimed to compel the government and society to adopt humane practices and stop animal cruelty immediately.

Speaking on the occasion, Sarah Gandapur said, “In Pakistan, street animals are shot and given a horrible death by poisoning. Neither are they given any food or shelter instead treated as Na-Pak animals and often shown no mercy even by the citizens while children can often be seen stoning them or hurting them. Is this how the Riyasat e Madinah would look like in 21st century? We need new laws in Pakistan, especially Punjab as old law is way too old 1890 and completely insufficient for today’s needs.”

She that Pakistan is also a member of the World Organisation for Animal Health and “we have made commitments to give all animals five basic rights. Letting animals have a right to live without fear is an important factor in those rights. We have to work towards their welfare”, she said.

She was of the opinion that “we have to stop dog culling which is inhumane and switch to Trap-Neuter-Vaccinate-Return which is practiced in civilised Muslim countries like Turkey. For that, we have to launch awareness campaigns in general public to address their fears about strays. We have to make shelters for street animals like we made panahgahs for the homeless and hungry. Animal lovers will help and support the government to run it. That is our basic demand from the Pakistan Tehreek-i-Insaf government. We know maybe Prime Minister Imran Khan cannot solve the Kashmir issue overnight but it is in his power to stop cruelty against innocent voiceless creatures of Allah. Please raise your voice for this cause so that it can reach the ears of relevant people in the government”.