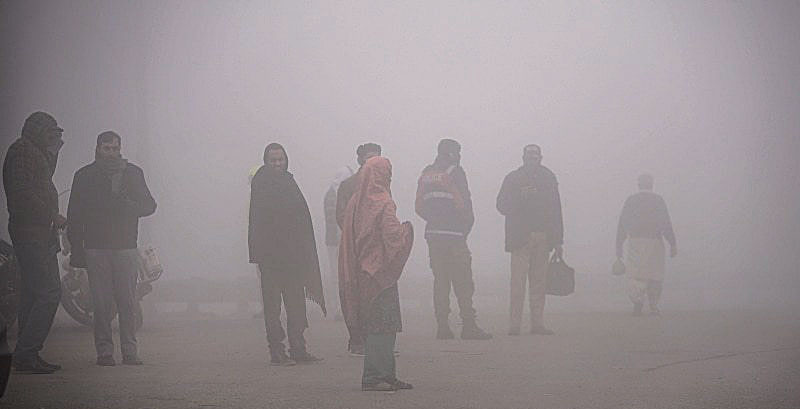 Smog has been blanketing the city of Lahore and many areas of Punjab for almost the last 10 years. The Pakistan Environmental Protection Agency drafted ambient air quality back in 2010. The annual mean levels have since then skyrocketed giving high alerts on the Air Quality Index.

Smog accounts for fatal health conditions that have affected more than 10 million people in the last decade alone. The proposed guidelines by the World Health Organization (WHO) are 10 ?g/m3 and 20 ?g/m3. The annual average PM2.5 detected recently is fourteen times higher than the average recommendation.

The worsening state of air pollution this year was an alarming defeat in the wake of Pakistan’s struggle to build ten billion trees through the tsunami tree plantation drive that had taken over the country in a lively spirit.

After an onslaught of Pakistanis tweeting about how the smog was causing their chests to tighten up. A running twitter trend took root. It led to a social movement that inspired many youngsters to huddle together to seek different solutions aimed to clean the air. Meanwhile, Lahore’s CM and other politicians chipped in to introduce their plans to cut down on the smog.

While most of the suggested remedies are credible but we can not ignore the losses being braved on commercial grounds. A loss of finances for a developing country like Pakistan can be a huge blow when frequent smog fumes are disabling most of the labour employees to get to work. The labour industries in Pakistan dominate the hiring ratios of employees rounding off to 57.2 million people – it sure is a force to be reckoned with.

According to the CIA World Factbook, Pakistan is the ninth largest country utilizing human workforce. Despite the issuance of air masks, a large number of industries experienced a rapid number of absentees during the denser days. The toxic smog kept most of the industrial labour at bay as they came up with strong chest obstructions, problems inhaling and stinging eyes that led to blurred visions. Physical work is the epitome of physical health, and employee sickness has become a recurrent annual problem that is throwing down the country’s capital. The increased cost for the maintenance of air purification systems has led industries to lower the cut off marks on their annual profits.

Human Resource authorities have taken up on themselves to educate the staff on air pollution risks and safety measures especially for labour workers that have to cover a longer distance. During the occurrence of smog, managers reform their sick leave policies in order to cater to the worker’s needs.

Due to the weak reinforcement of adequate laws designed to protect the environment, the non-compliance of heavy coal industries has increased two-fold. As more and more workers are dropping out due to poor health, a larger concern for their physical well-being is at hand.

Labour workers with chronic health conditions have undergone worsening symptoms due to the blowing winds brought around by the thick smog. While the government of Pakistan has announced several statewide emergencies that caused many schools and colleges to shut down, we can’t help but notice millions of workers putting their lives at stake to earn some bread for their families.

The writer is a student of Forman Christian College Lahore