States disregarding human rights are destined to suffer. Evolving separately but development and democratic stability are now intertwined with human rights. It is encouraging that Pakistan has laid down some institutional foundations, but realising human rights is still a massive challenge. Technically, the parliamentary standing committees (SCs) on human rights are supposed to comment on legislations or policies pertaining to human rights. Also, they are responsible to ensure compliance to the corresponding conventions Pakistan has signed and ratified. Conducting inquiries, extending recommendations or holding agencies involved in violating Covenant norms to account also fall in their purview. 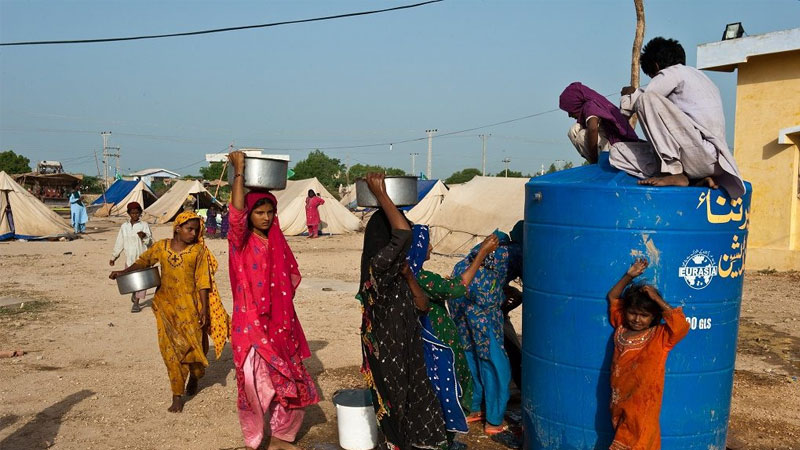 The Federal Ministry of Human Rights (MoHR), in turn, coordinates with the concerned ministries and departments at the provincial level. But fulfilling treaty obligations along with international reporting is possible only if human rights are monitored and systematically reported right from districts to the provincial Departments/Directorates of Human Rights (DHR) and to treaty Implementation Cells (TICs) interwoven with MoHR.

The DHR, Punjab, operates under the ambit of the provincial Ministry of Human Rights and Minority Affairs, while the DHR, Sindh and KP, fall under the Directorate of Law and Parliamentary Affairs. In Balochistan, there is a Human Rights Wing situated within the Social Welfare Department.

Apart from commenting on proposed policies, the DHRs are accredited to protect human rights, obtain reports from line departments, and assist in court proceedings against a department held responsible for a violation. Conversely, federal agencies alleged of human rights violations, including the issues of involuntary disappearance, fall out of their dominion.

The departments exercise some authority but lack statutory powers to legal effect. Nonetheless, permissible edicts and policy provisions mainly empower them to protect minority rights than covering a whole spectrum of human rights as if it is minorities alone whose rights are violated in the country. Practically, no statute empowers them enough to go beyond offering some recommendations to the department a complaint is pitched against. Other than that, they participate just ceremonially in the national or international days of human rights significance, and occasionally visit prisons or charity centres driven by SWDs.

Meant to receive citizens’ complaints, a KP Virtual Platform and Toll-Free Number is there but both of them remain underused. The DHR, Punjab, also hosts a web-based Complaint Management System. Citizens know little of such facilities and prefer giving a call or posting a letter. In a month, less than a dozen complaints are received online. Part of the complaints are diverted from the PM’s Portal as well. Largely promoted by NGOs, the number of complaints is increasing but gradually. To systematically record and analyse incidences of human rights violence and the departments’ response, an HR-MIS needs to be installed in all provinces, connected with the one in centre too. Ironically, most complaints deal with official grievances and irregularities such as hiring or firing, transfers, promotion and benefits, terming these a violation of their human rights. Interestingly, the same officials use intra-departmental mechanism and the Ombudsman Office too. However, complaints are also received from women facing harassment in health and education departments and about police’s misconduct.

Save participating in some trainings or disseminating piecemeal IEC material, the DHRs fail to take tangible steps to promote or protect human rights. Technical expertise, except basic awareness and sensitisation imparted by I/NGOs, is seriously lacking. Human rights fall under the category of a specialised subject with its own outlook and implications, and the departments are deprived of qualified and trained staff.

Also, conglomerating multiple mandates and services into one ministry or department mars efficiency and enforcement of the laws. For instance, placing DHRs within the law department itself springtides inherent conflict as raison d’etre of the latter is to defend the actions of the state functionaries. But authorities are convinced that human rights protection is essentially a function of law. Ambiguous and imprecise exercise of the mandate affects performance. At times, the DHRs feel that federal directorate of HRs is an irritant, nagging them for this and that report every now and then.

Amidst contended powers and protocols between institutions, commissions, departments and committees, it is the vulnerable people whose rights are trampled

TICs were installed to serve EU’s GSP+ requirement, and in response to improve Pakistan’s compliance with the core HR Conventions. Manned with IT and law graduates, TICs are supposed to document compliance and non-compliance as well as identify gaps in our treaty obligations. Maintaining its coordination with the federal MoHRs is also its role in tandem. Save in Punjab, the relevant personnel is either missing or lacks understanding, required skills and adequate qualification.

Haphazard, patchy and poor reports are prepared biannually and those too when GSP reporting is due. Whatever knowledge or skills the respective staff possesses, it has all been imparted by I/NGOs and UNOs. Post-devolution, part of the institutional mechanism is still evolving, and the system is not uniform across provinces. Lack of coordination also affects quality reporting. Skipping Punjab, the web-portal to streamline treaty reporting is yet not developed.

Being the eyes, ears and brain of parliament, SCs play oversight-cum-monitory role over the ministries and departments. SCs on HR are there in the provinces but in name. Save the very first one to form and/or nominate its members, perhaps no other meeting took place. Technically, secretary DHR is supposed to brief the situation to the respective minister, who, in turn, is responsible to place its performance in front of the committee. The committee, at least theoretically, holds powers to summon HoDs, periodically or situationally. The more it hears from its respective departments, the more powerful it becomes but that rarely happens. What of rendering the department answerable, even seeking information becomes difficult for a committee. Almost always the business is generated by the provincial parliaments. Even if a member attempts to call a meeting, no one turns up or at least expects DSA. Only Gender Mainstreaming Committee is relatively proactive, and that too only in Punjab.

Like SCs, the interface between the Provincial Task Forces on Human Rights and respective departments is wobbly. DHRCs were conceived to monitor human rights situations, but they either do not exist or are merged with relief committees subservient to the DCs or ADCs. Already handling a plethora of tasks, HRs hardly score on DCs preference. If at all, DCHRs and DHRs are thinly connected. No practical effort to prevent or report human rights violation is ever heard on their part. Clearly, they lack ability as well as resources to protect and promote human rights. In tune, the SCs relation with the NCHR, PTFs and even with the DHRs is quite fragile. In a nutshell, inertia shall prevail unless SCs are empowered enough to take stock of the departments’ performance.

In a transitional phase, coordination remains a challenge; nevertheless, actualising human rights largely depends on inter-intra-departmental coordination and support. Directors and deputy directors sense that secretaries and deputy secretaries wield too much power. Members of SCs think of the ‘house’ of generating all business, leaving nothing for the committees. Amidst contended powers and protocols between institutions, commissions, departments and committees, it is the vulnerable people whose rights are trampled.

Bureaucratic procedures and frequent reshuffling rarely allow, even well-meaning officials, to effectively deliver on ground. Unfortunately, coordination, lobbying and negotiation even within the legitimate space is hardly exercised. In other words, a void persists between the national and international obligations. Things get stuck in processes. Under deficit financing, complaint registration hotlines rarely survive for long. The relationship of all human rights entities with the civil society, media and NGOs remains feeble. Political will, enabling environment and ownership are missing. To sum up, human rights are not a governmental priority.