Gender disparity: a barrier to development

Gender discrimination implies an unequal or lesser treatment of others based on gender. Brushing aside human beings in daily dealings because of their gender does blow humanity to the core. Sexual harassment, accusations of which have been rife of late, is a form of egregious gender discrimination. 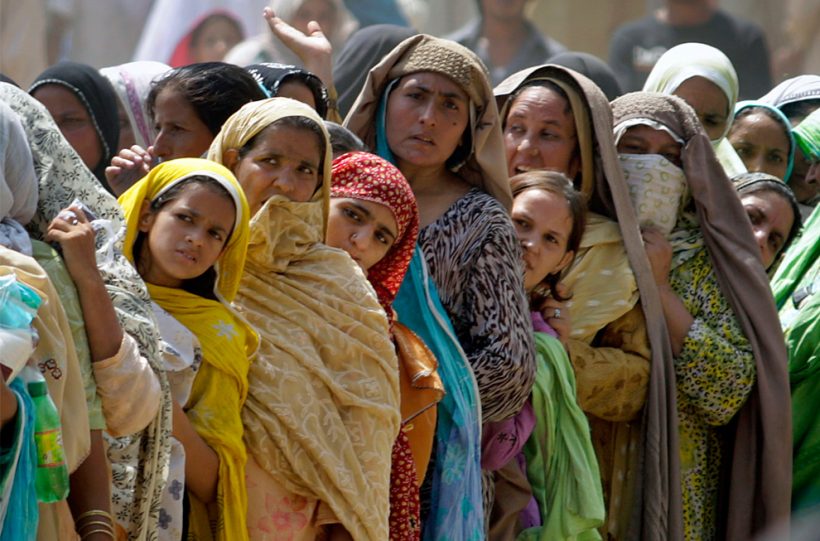 Regrettably, Pakistan has persistently been on a declining curve in the lists of global organizations ranking countries for gender disparity. While gender discrimination is no new phenomenon, it has ceaselessly continued for ages in the human psyche, but most of the civilized world has got over it; we are still on our beam ends. According to the “Global Gender Gap Report 2018” Pakistan is the second-worst country in the world in terms of gender parity, ranking 148 out of 149 countries in the global gender gap.

Comprised of a patriarchal population, sons are the most sought-after inheritors in Pakistan, leaving no desire for bearing daughters. The women left defenseless, face the brunt of a chauvinistic attitude of the society. Cases of mothers being tortured and burnt to death for so obvious reasons for failing to deliver male posterity have failed to shake the roots of a male-dominated society. Woman’s role, however substantial in making the world go around, is never acknowledged befittingly. Climbing the pedestals of development is no acquirable feat without allowing the equal constituents of society to hold the sway. Man and woman are equal by birth; inequalities are only drawn by the intrinsic nature of the man putting airs and graces to his self-proclaimed superiority.

The society where a male child is regarded as more valuable to the family, girls are denied the right of education, life, property and most importantly the right of independence that is the core in distinguishing human beings from the rest of the creatures.

The confines of walls of the courtyard are the ultimate determinants of the freedom of movement for a female bestowed by the benevolent man. Cooking, washing and cleaning and serving food are the best of the chores expected of women in our society.

Some observations, by those who have a proclivity for the alleviation of woman living standards, bespeak that in rural areas woman is invariably left to eat the remnants of food after their patriarchs’ binge eating.

While descending from major cities down to the countryside and backward provinces the picture starts getting murkier; the further you descend down the line the more misery you tend to witness.

Balochistan province faces the worst gender gap among all the provinces of Pakistan where the female literacy rate is a scanty 33.5 percent.

Presently four percent of females less than half the number of males hold a university degree.

Sadly, in Pakistan the term ‘feminism’ has evolved into a negative connotation; no one can dare to proclaim himself a feminist or raise voice against the misfortunes meted out at women because feminists are thought to be atheists, western agents or simply threats to the system. Feminism is a significant movement that needs to be contextualized within an Islamic framework.

Islam does not mandate the superiority of one sex over the other but strives to achieve a balance between both sexes. Islam not only gives permission to educate women but rather prescribes that every Muslim should seek knowledge from cradle to grave. On the other hand dominant males, under the garb of Islamic proclamations, endeavour to ensure that girls remain far from the enlightening beams of knowledge. Without safe and easily accessible education girls are looked down upon and left with no control over the decision making that governs their lives.

In today’s materialistic world, every aspect of human life is configured by economic means, the woman left with no earning-hand are dominated by male members who have a monopoly over economic means.

Teenage girls, more often than not, are forced to abandon school in favour of underage marriages, particularly in rural areas.  Even if somehow they manage to complete higher education; notwithstanding, their professional gains in-laws force them to stay home and raise children.

Unfortunately, Muslim men, proposed as guardians of women in the Islamic system, have colluded to keep women in a vulnerable position.

Notwithstanding all societal confines still, some brave women keep emerging from deep oceans of darkness.  Syeda Ghulam Fatima, the general secretary of the Bonded Labour Liberation Front Pakistan (BLLF) was awarded the ‘Clinton Global Citizen Award2015’ for her miraculous success as a leading giant in the civil society.

And Marium Mukhtar, a  24-year-old an ambitious flying officer, who died in an aircraft crash near Mianwali in November this year, will always be remembered as the first lady pilot of Pakistan Air Force to have attained the great honour.

There is another acclaimed personality, Muniba Mazari, the artist, activist,  and writer was named Pakistan’s first “Goodwill ambassador” by the United Nations (UN) Entity for Gender Equality and the empowerment of women.

Muniba Mazari talking on the world forum said, “We need to educate both men and women, but if we empower one woman, we empower a whole generation.

Malala Yousafzai, not an unknown figure to the world, was attacked on 9th October 2012 by the Tehreek-e-Taliban Pakistan (TPP). she has turned into a world champion for female education. she deserves thousands of applause but still, conservative fractions of society keep hurling mud on her character. She is a campaigner for girl’s education from Pakistan, and she continued her work and became the youngest person ever to have won the world Nobel peace prize. Recently she was declared the most famous teenager of the decade by the UN in its review report released on December 23, 2019.

Pakistan is a country far behind the world, to focus on economic and social prosperity the starting point of the Marathon could be shrinking the gender gap and providing both the genders with equal opportunities. While this is no easy job to be performed, all it needs is careful planning and concerted efforts.  Kofi Atta Anna, the 7th Secretary-General of the United Nations said, ” Gender equality is more than a goal in itself. It is a precondition for meeting the challenge of reducing the gap, promoting sustainable development and building good governance.”

Significance of an inclusive society transcending all kinds of distinctions could not be overlooked in the greater goal of prosperity. The incorporation of women in the human capital of Pakistan’s economy and their inclusion in the labour force is seen as the magic bullet that will fix both the country’s economy and their unequal standings in society.

Further muddying the situation, a huge number of women go to seek psychiatric help over sexual harassment cases. Workplaces are to be made safe to accommodate a woman and attend to their needs.  Woman harassment is not specific to a particular field or institution, cases have erupted almost invariably from all fields.

To conclude, the reports of Dr. Shazia Khalid, a medical doctor and advocate of women rights from Sui Balochistan, being sexually assaulted by a gang of five government officials, and the 6 years old Zainab Ansari who was raped and murdered in Kasur district of Punjab speak volumes of psychological illness that are prevalent in both highly educated as well as illiterate swathes of land of pure.

Similarly in the feudal society of  Sindh, innumerable force-marriages of underage girls are an open secret. In twenty-first-century women is still the slave, the incapacitated being. Human achievements have done no good to upgrade the status of the woman.

If the words of the founding father of the nation are to be reminisced: “you as a  nation can not rise to the higher  glory until your women are side by side with you.”