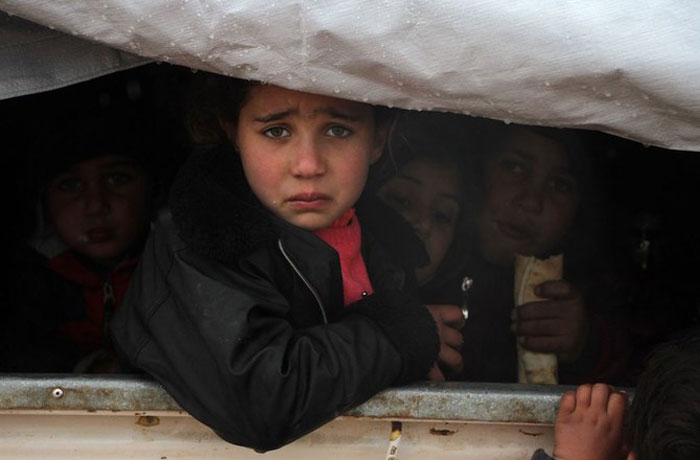 A total of 11,215 fighters and civilians were killed in the past year, the Syrian Observatory for Human Rights said.

Of those, 3,473 were civilians including 1,021 children, the Britain-based monitor said.

Fighting has raged on three major fronts in Syria during the past year.

In March, US-backed Kurdish forces expelled Daesh militants from their last patch of territory in the country’s far east near the Iraqi border.

Over the summer and in recent weeks, regime forces upped their military campaign against the militant-run region of Idlib in the northwest of the country.

The violence over the summer alone killed around 1,000 civilians in the region of some three million people where rebels are also present.

And to the east, Turkey and its Syrian proxies in October launched a cross-border incursion into Syrian territory to expel Kurdish fighters they view as “terrorists.”

The Observatory relies on a vast network of sources across Syria to document the war that broke out after the brutal repression of nationwide anti-regime protests in 2011.

The Damascus regime has since 2015 regained large swathes of the country from rebels and militants with Russian military backing.

The bloodiest year of the conflict was in 2014, when around 76,000 people lost their lives.

That year saw the rise of Daesh across large swathes of the country and in neighboring Iraq.

Since early 2011, an average of more than 40,000 people a year have been killed and millions have been displaced from their homes in the war.