MCI issues notice to Monal admin for payment of rent 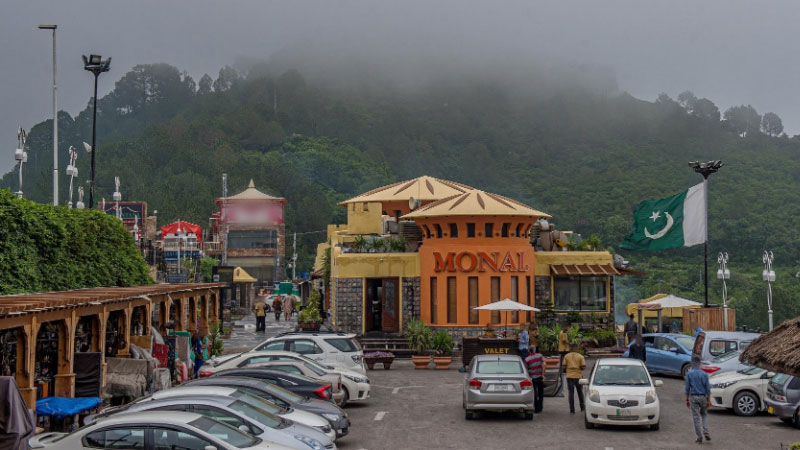 According to the details, Monal Restaurant is built in the centre of the Margalla Hills National Park. Asides the 5,500 acres that were allotted to the Pakistan Army by the government of Punjab, the remaining 16,00 acres of land is the property of Islamabad Administration.

As per documents, CDA had leased the land to a private party for the construction of the restaurant in 2006. The agreement was set for 15 years with a yearly amount of Rs. 3.12 million. The Monal Group of companies is facing the music for last two years over the issue of the lease and other related matters. DMA of the MCI was receiving the rent earlier but since July this year, management of the restaurant did not pay the rental amount of the lease. In this regard, a notice has been issued by the DMA to the restaurant administration and its Chief Executive Officer (CEO) Luqman Ali Afzal. The notification number MCI/DMA/PM/Monal/2019/517 is issued by the Director DMA Zafar Iqbal. The management of the restaurant has been cautioned in the notice that similar notices were also issued earlier on same issue but management is not responding accordingly.

Referring to the earlier notices, it is stated in the current notice that on the issue of the lease, notice number CIA/ DMA/ MF/303/2019 was also served on 23 July 2019 for the submission of payment as per schedule set by CDA and subsequently DMA.

It is also stated that in reply to the notice of the DMA, management of the restaurant raised the questions over the ownership of the land which was irrelevant questioning, the issue of the ownership is between two government entities and it will be sorted out and the management of the restaurant will be informed accordingly once it will be settled but till then the management is bond to pay the rental amount on time to the DMA. With so many issues on the wall, it is important to note that the contract of the Monal Restaurant is also expiring by the end of this year.