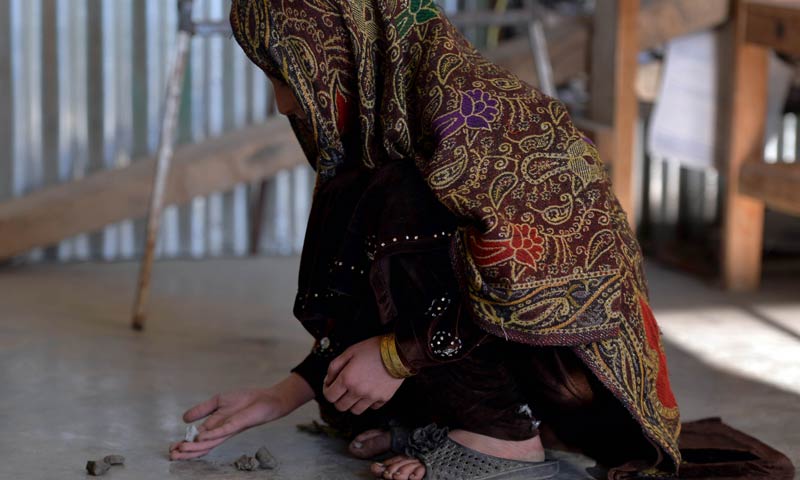 Lives have been ruined, destroyed to the verge of death and societal fabric crippled by the livid practice of child marriage creating a blot on the modern world.

A grievous bane in the form of age-old practice of child marriage has been eating into the socio-economic structure of developing countries especially in many Muslim majority countries. Though this social practice has been in practice almost across the globe, the developed countries; realizing its continuing negative impact on their societies and one of the impeding factors in their development campaigned against it during the last two centuries and adopted legislation to curb it completely. Although, surprisingly in the United States, forty-eight states still have legal loopholes that allow youth under the age of 18 to marry. Those exceptions include youth with legal emancipation, parental consent or judicial approval. In many instances these loopholes are used for the older partner to avoid statutory rape charges.

However in the developing countries, the debate and discourse hasn’t reached the common man which is why majority of the population lacks understanding of damaging impact of child marriage on the population as a whole and on women in particular; and child marriages are still being practiced in many parts of the world even in today’s age of enlightenment. According to the UN, 37,000 girls under the age of 18 are married every day and a UNICEF research has found that an estimated 115 million boys and men worldwide were married as children.

Pakistan faces this issue on a large scale and the UNICEF recently observed that 21% of girls in Pakistan are married before their eighteenth birthday and 3% are married before the age of 15. The Child Marriage Restraint Act of 1929 in Pakistan (Act XIX) states that no male under the age of eighteen and no female under the age of sixteen can be married, though in 2014, the Sindh Assembly unanimously adopted the Sindh Child Marriage Restraint Act, raising the minimum age of marriage to eighteen years; even after the presence of such laws, child marriages are still practiced unabated. Most cases have been reported from the provinces of Sindh, Punjab and Khyber Pakhtunkhwa.

The alarming consequences are what most people are unaware of and, therefore, child marriages are carried on without giving a second thought into it. First and foremost, children are deprived of their fundamental rights to health, education and safety. Young girls and boys who do not understand and fully comprehend socio-legal and religious implications and responsibilities which a marriage devolves on them and are not mentally ready to assume the role of husbands/wives and fathers/mothers are burdened with the yoke of marriage. In many cases, the young couples feel embarrassed in the society and become visible recluse in the households and become a burden on the society. Girls face a higher risk of experiencing complications in pregnancy and childbirth. Boys are denied the choice of who to marry and often have to drop out of schools to take on adult roles such as providing for the family, for which they are not mentally or physically prepared. The limited education leads to less economic opportunities and therefore are stuck in a cycle of poverty. It is also important to note that child marriages have adverse effects on the economy of the nation too. According to The World Bank and The International Centre for Research on Women, the biggest economic impacts of child marriages are related to fertility and population growth. Since this contributes to the increase in the nation’s population, it leads to burdening the economic resources of the government. The jobs that these illiterate children take up in order to support their poverty stricken households, in no way contribute to the economy of the country as all their earnings are utilized in order to run the house.

It is necessary for the government to evolve a comprehensive program by engaging the electronic and print media for launching and airing innovatively developed stories, plots, dramas, skits, cartoons with powerful presentations to inculcate amongst the common man the importance of avoiding child marriage. This topic should also be made an essential part of curricula of primary and middle class children. Every effort should be made as the law already exist.to make primary and secondary education compulsory by allocating additional funds for the promotion of this cause. The girls and their parents should be encouraged to guide and press their daughters to pursue vocational and technical training to become useful section of not only the society but also for their own households. They should provide economic support and incentives and their families and also help to instill a sense of entrepreneurship in them which can help them attain financial security.

The social agent of media should be allowed access to rural areas to spread further awareness among the people and possibly, bring a change in the mindsets of the masses. In fact, it should be the duty of every individual, especially educated, at the grass root levels to not only create awareness but to also raise their voices and stand up against the tradition of Child Marriages. It is required for every individual to play their part in order to eradicate such social maladies from our society soonest possible.