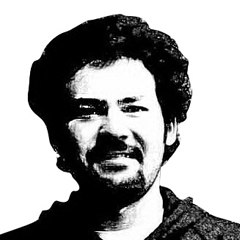 The British elections, Brexit and other christmas traditions

As if, and quite non diegetically, a Christmas Carol builds up to its crescendo on a winter Christmas Morning in Saint Paul’s Cathedral in London, while the city streets are laden in virgin Christmas snows, treating all to pleasant viewing, the British electorate and its parliament have served up perhaps the more dramatic of their many Christmas traditions. The transition from the spiritual to the political might seem a tad bit mechanical but such is the sequence of events that ensued after the most recent round of general elections in Britain.

The use of the word ‘dramatic’ is deliberate for it very consequentially cements in narrative as much as it does in policymaking, the British electorate’s take on Brexit and what it means to people in the Northern spaces of the country. A lot has been said of a resounding Conservative victory at the cost of an excruciating, almost irreparable loss for not just Labour, but all those representing the British Left but what is perhaps more important is to read between the now, much more effectively pronounced lines between the political choices made in England’s North Eastern, North Western and South Western parts as well as Scotland and Wales.

What were once Labour strongholds have voted resoundingly for Boris Johnson’s government and by proxy, his take and terms of Britain’s withdrawal from the European Union. While, Labour might have done itself a favour by not unequivocally proposing another Brexit referendum, remaining as ambiguous on the issue as it was in 2017 would certainly have timed out the party’s relevance in British politics. It cornered itself into a predicament, the result of which was sheer antagonizing of Boris Johnson and his not so subtly self effacing affinity to Donald Trump as its primary line of opposition.

Though as far as Christmas traditions go, by the time Church bells ring for Christmas again, Britain, in all likelihood will permanently leave the European Union, with or without a trade deal

The irony of building an entire campaign against the spread and use of ‘fake news’ and ‘political lies’, while simultaneously projecting Donald Trump’s misinformed interjection on the NHS as the very staging ground for rallying against the Tories, was also probably not lost on the British electorate.

But the reasons for the North voting so distinctly not for a Labour government, which is a play on narrative more than a play on words, are much more profound. While demographics did indeed play a role in depriving Labour of young voters, who have moved in scores away from towns, not merely reinforcing but consolidating Labour’s voter strength in major cities, the reasons for doing so have a lot to do with deteriorating economic conditions in the North. The GDP of the North East grew by 0.4% while the North West registered a growth rate of 0.2%; in the first quarter of the year; figures that do not make for a very pleasant reading in comparison to Central United Kingdom. Considering that these regions depend a lot more on government expenditure and services given the aging populations there, a vote swing from Labour to Conservative is significant in terms of shifting voter trends.

Conservatives strengthened their lead in areas that they were already dominant in and won over Labour seats in areas like Workington in the North of UK and Wrexham in the North of Wales, a town that build its economy around coal mining; which as ironies are falling in place themselves, was a ‘working man’s’ constituency now lost to Labour. Additionally, the Conservative wave swept across Yorkshire and Cumbria, among numerous counties and towns to the North. Apart from the obvious change in fortunes, a more interesting perspective to this electoral shift is the effect the way Northern England and Wales voted will have on the regions relationship with the European Union.

No less than 13 regions in the United Kingdom; most of them in the Northern territory are recipients of the European Social Fund and the European Regional Development Fund; part of the European Union’s structural funds Program aimed at bridging the economic divide among the regions lagging behind in growth levels. The North East and West are, to the end of the next year, which if things go as planned will coincide with the end of the transition period, are to receive approximately €1850 Million; as part of the seven year structural fund program. Wales, wherein the Conservatives gained 47 seats to Labour losing 59, is to receive an approximate total of €2413 Million alone. To that, analysts might point to the millions that are funneled from the British treasury to European Coffers; a major talking point during the initial Brexit referendum. Why that argument might not take root here, is the budgetary inequality between the North and Southern regions of the country; for which all that from a shifting demography to indifference from central governments ought to receive a fair share of the blame for.

Now the funds are not isolated measures to revamp economic growth but come with an ‘additionality clause’ wherein they are sanctioned only as additional funds for capital intensive projects. To that end, the utility of the funds is doubled for not only do they provide additional capital for development projects but on a political note, do not do so while circumventing national authorities. Boris Johnson’s plan on appropriating a figure north of $104 billion on capital intensive projects qualifies as incentive enough for European structural funds to keep flowing to British shores. That however, stands to come to an end following Britain’s departure from the European Union, which is now only imminent. The Conservative victory is reflective of both the lack of Theresa May and her predecessors’ financial outreach programs and Labour’s ineptness to rally Parliament to appropriate funds for structural development there.

No matter the narrative driving election results this time around, the faith placed in Boris Johnson is a weight no Prime Minister has had to bear since the turn of the century. The majority voting for Boris Johnson’s rather brazen stance on Brexit and governance in the United Kingdom, is testament also to the disillusionment in mainstream leadership; a trap which Jeremy Corbyn pretty much tangled himself in. Additionally, these are also uncertain times for Britain’s relationship with the European Union, especially given the clear mandate that Boris Johnson has to dictate Brexit from London’s end.

What is also uncertain and will only grow clearer with time is whether a vote for the Conservatives was a vote against Corbyn’s Brexit policy or rather a vote for exclusion from the European Union, given structural advantages mentioned above. Though as far as Christmas traditions go, by the time Church bells ring for Christmas again, Britain, in all likelihood will permanently leave the European Union, with or without a trade deal.