“Out of the frying pan, into the fire,” one may say. Our country, particularly the Sindh province, is still in the line of locust liability. The curse of dangerous locusts has not yet come to an end. Frugivorous giant bats are emerging as a new issue, about which even wildlife officials do not know much. Giant flying fruit bats are one of the more unusual animals found in various parts of the world, including Sindh.

With the start of the mango pollination season (December-January), one may find a large number of giant fruit bats in mango orchards; horrifying gardeners. Giant bats never bite humans. Rather, some eat fruit, seeds and pollen from flowers and help in cross-pollination in flower-bearing plants, including mangoes. Their favourite foods are figs, mangoes, dates, bananas and flower nectar. They chew the fruit, then spit out the seeds, peel and pulp. On availability, these seeds germinate into new plants.

Scavenging bats often swoop over people’s heads at night in search of insects they want to prey. However, rapid and erratic movements of giant bats are misunderstood and often cause people to think they are being attacked. 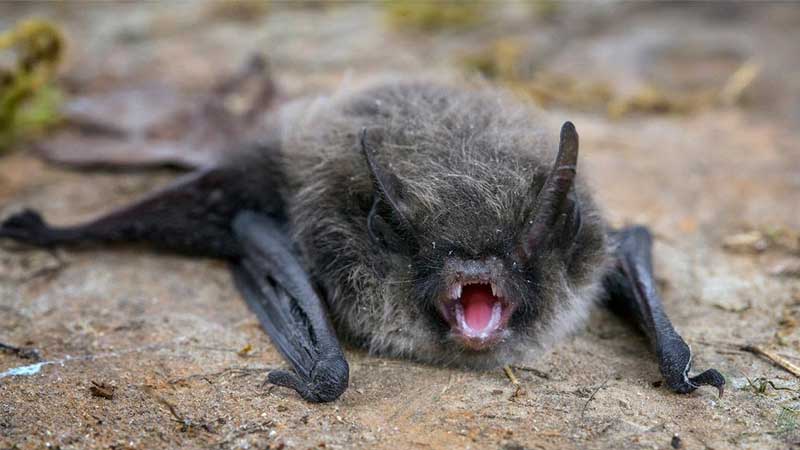 Giant bats are also associated with rabies. People cannot get rabies from having contact with bat faeces, blood r urine, or from touching its fur. However, if someone is bitten by a bat, or if saliva from a bat gets in eyes, nose or mouth, one must seek medical attention immediately.

Bats are nocturnal (active at night); leaving daytime roosts at dusk. During the day, bats sleep in trees, rock crevices, caves and buildings. Bats do not attack humans or suck their blood. They’ve been shown to carry several harmful infections, including rabies and viruses related to SARS (Severe Acute Respiratory Syndrome). Moreover, research suggests that bats may be the original hosts of nasty viruses, such as Ebola, which causes deadly brain fevers.

“We are so fearful of these giant bats,” one villager complained to me during a visit of mango garden. “They bite our kids and create noise that takes our sleep away,” he added. “Our folks are virtually within walls after sunset as they become active and looking for us to bite.”

I thought I must give them full counselling to get rid of the fear that unnecessarily prevails, and I did my job.

Mirpurkhas is very popular for producing high-quality mango varieties. If you drive on Hyderabad-Mirpurkhas Dual Carriageway, you can see many mango orchards. These days, they are full of fruit bats, hanging upside-down from mango trees. Those who know nothing or a little, propagate fear that encourages hunting of this species.

Researchers have found that henipaviruses, which spreads to other animals and humans, and a disease similar to rabies, are widespread in a species of fruit bat found in many parts of Africa. Are fruit bats a similar danger in Pakistan is a question yet to be investigated. 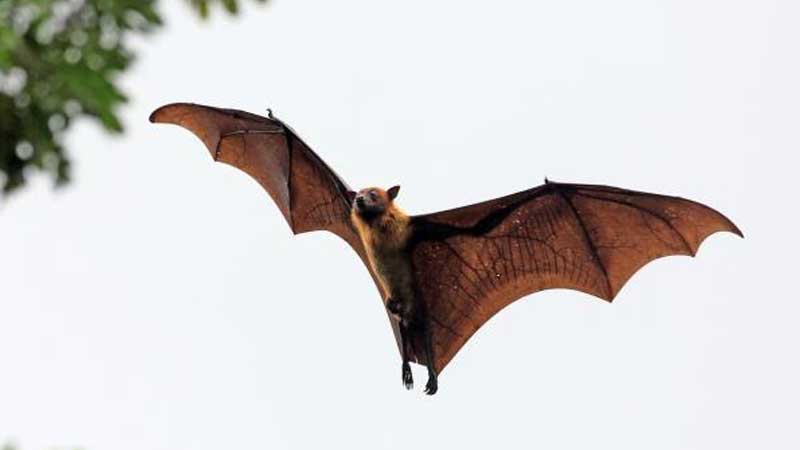 Giant fruit bats in Australia are known to carry two infections, which can pose a serious risk to human health like Lyssavirus and Hendra virus. Human infections with these viruses are very rare but public contact may pose a public health risk. Lyssavirus can only be transmitted to humans when infected fruit bat saliva encounters human tissue through an open wound or mucous membrane e.g. eyes, nose and mouth. Therefore, fruit bats must not be handled. However, if you are bitten or scratched by a bat, the wound should immediately be washed gently but thoroughly with soap and water; an antiseptic solution like povidone-iodine applied and a doctor consulted as soon as possible to assess the need for further treatment. A vaccine and immunoglobulin can prevent infection if given soon after the bite or scratch.

People should not consume fruit that has been partly eaten by these bats, but it is too difficult to make this judgement. If the fruit is contaminated with droppings and cannot be peeled, this fruit should not be consumed as there is a small potential risk of gastrointestinal diseases. Fruit bats may carry a range of bacteria in their guts.

Most bats don’t have rabies. But any bat that is active by day or is found in a place, where bats are not usually seen, like in your home or on your lawn, just might be rabid. A bat that is unable to fly and is easily approached could very well be sick.

Rabies is a fatal disease. Each year, tens of thousands of people are successfully protected from rabies through vaccinations after being bitten by animals that may have rabies. Then again, some don’t recognise the risk of rabies from the bite of a wild animal, particularly a bat, and don’t seek medical advice. Awareness of the facts about bats and rabies can help people protect themselves, their families and their pets. This information may also help clear up misunderstandings about bats.

There is a dire need to keep masses informed about these fruit bats. The government, particularly wildlife and horticulture departments, must focus on awareness programs to hit where it hurts more.