India’s descent into an uprising

The new laws,the Citizenship Amendment Act (CAA) and the National Register for Citizens (NRC), overturn what it means to be Indian.

Several weeks have passed since Indian streets flooded with crowds protesting against a controversial new citizenship law. Despite Indian state’s imposition of ban on public gatherings, even that couldn’t stop hundreds of thousands of people flocking into the streets. This mass protest followed an agitation that began in different universities across India. The agitation evoked a brutal clampdown by the authorities that resulted in the confinement of sundry people.

In a desperate move to crush the ongoing protest, the BJP government has also shut down internet services in different parts of the country. Despite the severity, the protests did not wane and rather increased in size, number and spirit, as India is witnessing one of its greatest demonstrations in recent times.

Ever since Narendra Modi won his second consecutive term in office as prime minister, the BJP-led Hindu government has enforced a sequence of harsh and isolating policy measures, for instance, the revoking of Kashmir’s special status. The BJP-led government has also made India a totalitarian state, making India’s business community grumble of a violent atmosphere fermenting in the country. The CAA passed by the parliament has proved to be disaster-in-making for the Modi government. 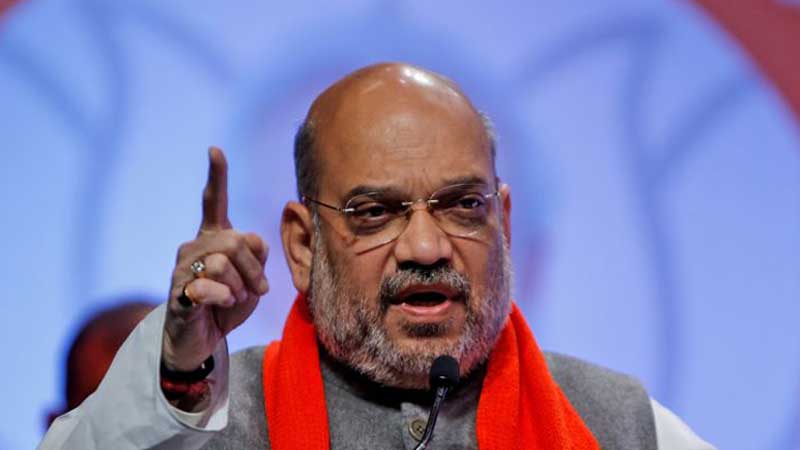 As per the new law, people belonging to the minority communities-Hindus, Sikhs, Christians, Buddhists, Jains, Parsis-from Pakistan, Bangladesh, and Afghanistan who came to India illegally are going to be permitted Indian citizenship. By this provision, the BJP has impaired the so-called secular identity of the country, as now Indian identity is defined by religion. In concurrence with the suggested countrywide extension of the NRC, the citizenship law has generated a sense of apprehension. One after the other, demonstrations ignited the most testing challenge the Modi government has so far faced.

The BJP has initiated a robust system full of discrimination covered in the garb of law, which is blatantly hurting the secular image of India

The CAA is an outright challenge to the Indian secularism. Since the adoption of the constitution in 1949, this is the first time in Indian history any parliament has bluntly related religion with citizenship. The BJP government maintains that the proposed minorities are in great peril in Pakistan, Afghanistan and Bangladesh, and asserts that they are not likely to find safety in any other place.

Apparently, the argument seems appealing, but in reality, it is full of malign on two obvious fronts. First, the act sidelines Muslim communities that face victimisation, for instance, Ahmadis, Hazaras, and others; second, it names solely Muslim-majority countries, keeping out other neighbouring countries like Sri Lanka and Myanmar, which can seriously be an origin of refugees and illicit migrants. This act excludes the most persecuted Rohingya community of Myanmar in its future citizenship. Although the Indian government asserts that communities unsecured by CAA can avail the opportunity under the present naturalisation procedure but this argument is also two-edged. Why don’t all oppressed communities have access to the same legal general procedure?

All of this denotes one thing: the sole aim of the new act is not only to provide shelter to the mentioned minorities but at the same time, it targets to exclude Muslims from uniform consideration. Simply put, the biased approach makes the BJP act possibly unconstitutional.

This move has spearheaded the country on the road to becoming an ethnocracy. India that has the presence of nearly all the religions of the world never identified itself based on religion or any kind of ethnicity. But it seems that the time has come for the Hindu nationalists who have waited for long to make their dream a reality by reshaping India as a land for only Hindus, toeing the line of nationhood similar to Israel. The CAA is one step forward in that direction. The far-right groups are en route on their unfinished journey of partition to tell Muslims they don’t belong here.

Although the government claims that this act won’t affect the rights of the existing Muslim citizens of the country, which is partly correct, to understand the full crookedness of the CAA, it has to be viewed along with the NRC. It is even more appalling because in a country where a large number of the poor population lacks identifying documentations, how does the government then determines who is or not a citizen of India?

If the hue and cry in Assam, where the Indian government has executed a little form of the NRC, is of any assistance, the verification procedure itself under the NRC is going to be Kafkaesque. The poor population, which accounts for millions,will fail to prove that they are citizens of this country because they lack birth certificates. Not to mention that the process of documentation is bureaucratically dominated by red-tapism,which results in conditions where many suffer in camps. In Assam, approximately 1.9 million individuals face the likelihood of statelessness.

Here is the real catch. Let us assume there are two individuals, one Hindu and one Muslim, who are asked to prove their citizenship. For an argument’s sake, the official authorities declare both as illegal citizens. After the CAA, the Hindu is going to enjoy the fast road to naturalisation but it is highly probable that the Muslim will not. Without an iota of doubt, the NRC combined with the CAA will produce uncountable stateless individuals.

The nexus between the NRC and the CAA is writ large. The laws provide the BJP-led government an authority to reassure the Hindus who are found to be illegal that they are not going to be stateless. This government promise is missing for Muslims. To put it mildly, the BJP has initiated a robust system full of discrimination covered in the garb of law, which is blatantly hurting the secular image of India.

The nationwide demonstrations are taking a toll on the government and its behaviour. Although Modi and his Hindutva brigade are hell-bent on transforming India into a Hindu state, suppressing the ensuing demonstrations and demonstrators will surely prove a hard task. 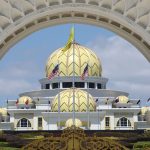