* Putting politics aside, the 'colonial charm' Murree holds is remarkable as well 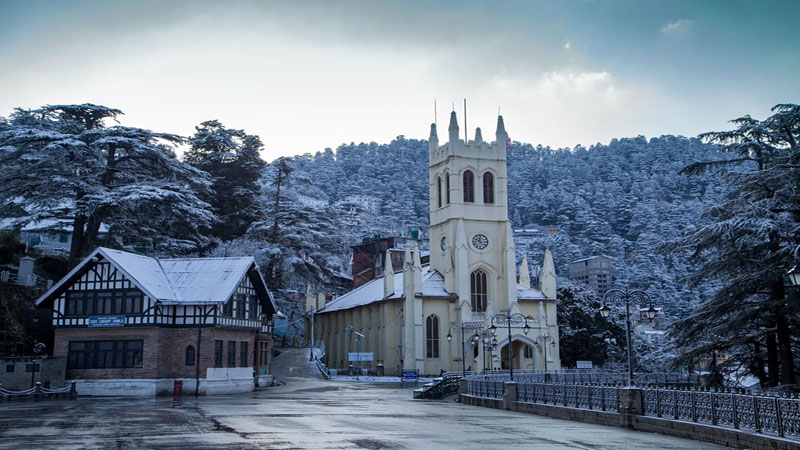 As I strolled down the Mall Road – the focal point of all tourism today yet once confined for locals, I discovered a peculiar feeling in the air, an inclination blended with colonial nostalgia and today’s hustle and bustle that could not have been found anywhere else, or ought to be found anywhere else. Murree, apart from a couple other metropolitan urban cities, was the main town established during the colonial era that turned out to be part of Pakistan after the country gained independence in 1947.

Putting politics aside, the ‘colonial charm’ Murree holds is remarkable as well. The town has experienced a huge change as of late mostly due to the new settlers who have turned the town into a commercial place of business. Although, some find this change to be quite troublesome, they still cannot deny the exception beauty that the place holds.

As we walk along the Jinnah Road – initially known as Mall Road and still generally alluded to as The Mall, because it is filled with resorts and shops and has been left to the General Post Office – a local landmark today – we see another road that curves to side. This road is home to the National Bank of Pakistan.

From that point on, we come across various other resorts including Bright land, Cecil and Lockwood Hotel. Aside from these hotels, Murree also houses several places of worship and burial grounds. There are various churches and they have been so well maintained that it looks as if they were constructed just yesterday. The Holy Trinity Church (1857), Jesus and Mary Convent Chapel (1876), The Garrison Church Gharial (presently transformed into an indoor b-ball court) (1909), Lawrence College Chapel (1860) and St. Denys’ secondary school Chapel (1882) to name a few.

Things were quite different during the British Raj. The town of Murree, as mentioned previously, only housed the local people. It was a spectacular town where the British (for the most part armed force staff) gathered at night and discussed how to run India over more than few bottles of scotch. The summer capital of the British Empire later moved to Shimla, presently in India.

Murree and Shimla both remained second homes for the elites of India and Pakistan even after independence and most of the resorts, golf clubs, and grounds, as well as a vast majority of the frontier resources, were taken over by the military after the partition.

A former student of St. Denys’ High Boarding School, Murree reviews her days in these words:

Till the year 1999 (preceding the military’s overthrow) it was standard for the English language and music instructors to volunteer from England at St. Denys’ High.

The school grounds seemed as if they had been taken straight out of a C. S. Lewis tale and the ivy covered Tudor-Pentecostal structures changed hues with the seasons. In the summer, the new ivy covered the structure in a verdant green. Pre- winter found it hanging on the dark stone dividers in blood red, blending in with its tin rooftop while sheets of snow covered its sides.

Spring lured out the flying squirrels that resided along the wooden roofs and lived in peace with the ladies of the school.

Each homeroom and residence hall had its windows opening either in the wild fields that were frequently visited by monkeys, foxes, and deer or on to the primary passageway of the school that was filled with chestnut, oak, maple, pine, fir, pear, and apricot trees. Who could possibly imagine a school so tranquil and green?

As we walk along the Jinnah Road — initially known as Mall Road and still generally alluded to as The Mall, because it is filled with resorts and shops and is left to the General Post Office — a local landmark today — we see another road that curves to the side. This road is home to the National Bank of Pakistan

Murree Hills has been like a second home to me since the age of five when I was admitted to St. Denys’ High Boarding School at Kashmir Point. 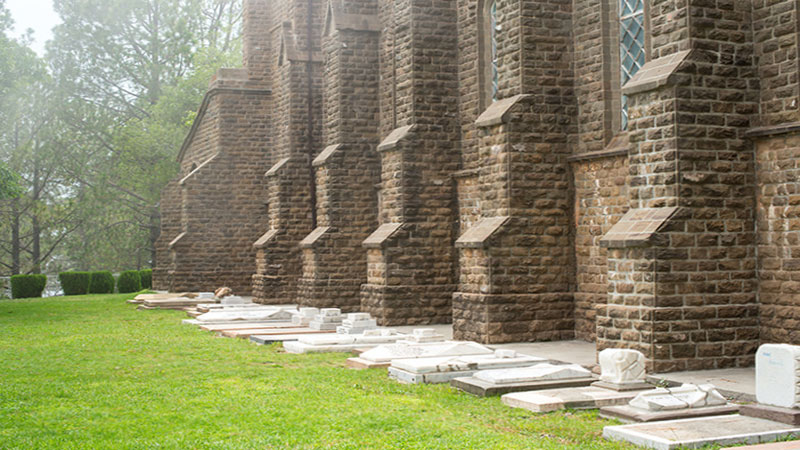 St. Denys’ High was the main Anglican Protestant School built up in the sub-mainland for the young British ladies by Reverend Valpy French in 1882. The sisterhood of Saint Denys, controlled the school in its formative years. Every morning, I woke up around 5:40 a.m. by the morning melody of the blackbird in the forested areas and laid in bed till the 6:30 a.m. wake up chime.

Miles away from families, most children looked cheerful and everybody knew everybody. Educators, servers and ayahs were all treated with respect and the chief sister had the final say in everything. Several things such as the ideal way of walking for a young lady and clean clothes were checked daily during the first half of the day.

The nourishment we received was sustaining and satisfying. Warm milk, bread, and margarine, treacle made with natural nutty spread sat waiting for us in the eating halls for breakfast. Spaghetti presented with buns and cutlets, red beans with darker bread were treats after dinner; these suppers at St. Denys’ were so wholesome that every other young lady had flushed cheeks!

A stroll up Kashmir point takes you to a huge shack close to the Fir Hill rest house. It is covered with a few words by an old understudy of St. Denys’. It says:

“Happy is the man and happy is he alone who commands over one meal a day.”

Music was a significant component of education at the school. Each morning the understudies used to gather around a music educator (as a rule he had to be from England) and play the piano while some senior understudy played woodwinds. Singing psalms and tunes was a daily morning ritual, and studies were not as tough as we observe around business schools today, with more focus being placed on English, Science, and Mathematics in a basic, uncomplicated way. Nature strolls, music exercises, shows, physical training (vaulting, baseball, and badminton were also part of each day (with no additional charge!). I spent around ten and a half years in this place.

Now back to the Mall Road, where a roadside stall sells chicken corn soup to the visitors. Albeit a significant part of the ‘colonial charm’ has now been overshadowed by the charm of the locals, Murree remains a station where we can still close our eyes and envision ourselves on the slopes, in the morning, and feeling the fresh pine breeze on our faces.

It remains a place where one can go to reflect on the colonial past and the importance of independence.

The writer is a blogger and a student of humanities. He Tweets at @4lyanKhan and can be reached at alyankhan.official@gmail.com