Highways and roads are of utmost importance for a country to develop economically and socially. They connect far-flung and metropolitan areas together and reduce long journeys into shorter ones. Unfortunately, the case is totally on the contrast in Balochistan. Despite being blessed with natural resources it lacks well-constructed highways. And the roads are broken and fully potholed. Even shorter distances have increased into long and tiresome ones. Generally, as a rule in modern road construction structure road networks tend to have specific duration to expire but that rule doesn’t exist in Balochistan. Remains of broken roads that have been constructed ages ago still serve as highways for people of Balochistan. The broken roads and single-lane highways are leading causes of casualties in Balochistan. According to some reports, Balochistan has suffered more from road accidents than terrorism. The single-lane highway from Karachi to Quetta is no less than a death trap and is well-known as “The Killer Highway”. 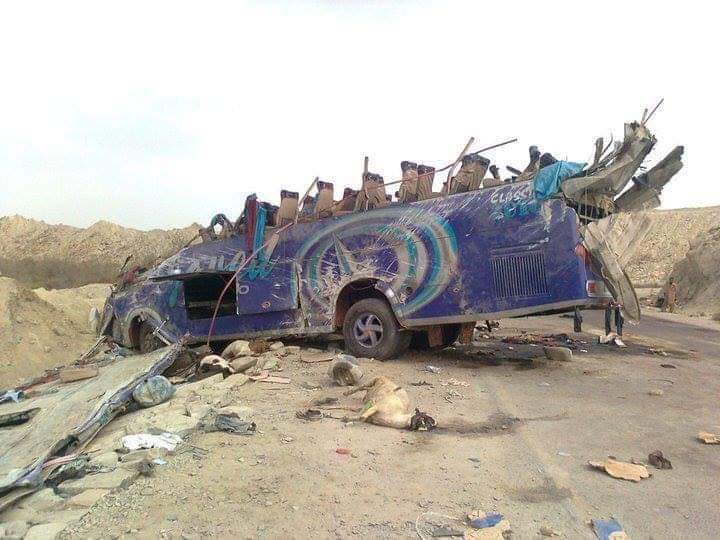 Back in the regime of Sardar Attaullah Mengal, the then CM of Balochistan,  National Highway (N-25) was constructed. The highway was a pact between Pakistan, Iran and Turkey under the Central Treaty  Organisation (CENTO). The highway is also known as the Regional Cooperation Development Highway (RCD Highway). The 813 km long highway extends between Karachi and  Chaman Balochistan, passing through major cities like Bela, Khuzdar, Kalat and Quetta. The highway that is supposed to be a source of development of economy and prosperity for those particular regions has unfortunately become a route to death due to the negligence of successive governments that have ruled over Balochistan. The renovation of this highway is now a dream with the least chances of coming true.

Over the years, the number of the deadliest accidents that took place on the highway has been on an upward trajectory. The highway has now turned to a “death trap”. Embarking upon this highway is equivalent to inviting death.  Transport vehicles departing from Karachi and Quetta travel far beyond the speed limits putting the lives of passengers in extreme danger. The recklessness of those drivers drives innocent passengers to permanent darkness. Still, the low-income class that constitutes the major portion of the population has to take this risk as no other option is available to them.

Recently, a fire broke out in a bus collided with another vehicle on the same highway in which dozens of people were burnt alive on the spot. Later on, it was figured out that the bus was carrying Irani diesel for transportation. The accident once again evoked strong outrage from the public as the government was criticized and held responsible on social media. But unfortunately, it was not the first time that a fire-related accident took place and certainly it would not be the last __given the extreme carelessness of authorities. Back in January this year, 27 passengers took their last breath when a bus collided with an oil tanker in Lasbela District.

In 2018 more than 400 people have died in highway accidents. In 2014, some 35 passengers died on the same highway. According to the Provincial Home Department,  3797 people have died in the wake of highway accidents in the last one decade. According to the Pakistan Bureau of Statistics Data on Traffic, an average of 15 people die every day in road accidents in Pakistan out of which approximately some 6 to seven die in Balochistan. Whereas, in comparison, a total of 2238 people have died in terrorism-related mishaps.  These reports clearly show that road accidents have increased to an alarming level and we suffer more from accidents rather than terrorism. And yet the government does not seem to be serious enough to heed on the issue.

Various factors are there to be blamed for these fatal accidents. Such deadliest accidents are rapidly increasing due to the single-lane roads.  In order to alleviate the number of accidents, the expansion of this highway should be the priority of the government. This highway was constructed approximately 30 years back. At the time one-lane carriageway was enough for the then population. But now it’s almost 2020, still, that one-lane carriageway is the same as it was 30 years back. However, bills passed by the upper government for development and renovation works are not abided by.

To sum up, as mentioned above the unavailability of double lane road is the most contributing factor behind these losses and must be worked out. The 813 km long highway does not have a double lane except in main city markets it passes through. The over-speeding heavy vehicles often collide with the opposite vehicles because no barrier is there to separate the lanes. Secondly, the negligence of drivers cost them their as well as the passengers’ lives. These drivers are totally bereft of driving rules; what they are highly concerned about is to reach the destination as soon as possible. Even more shocking are the reports claiming that most of the drivers are high on drugs while driving. Unprofessional drivers shouldn’t be allowed to play with precious lives. Only capable drivers with regularized licenses should be permitted. Thirdly, there is a dire need for CCTV Cameras to limit the speed.

Lastly, there is a lack of implementation of safety rules and this is why drivers violate driving rules so blatantly. The highway police must be present at various entry points to meet emergency situations. Since many lives have been lost as they had not been provided medical treatment on the time, ambulance along with first-aid paraphernalia are of vital importance at various points.

It’s the time for the government to take action in letter and spirit rather than making promises that are never kept up. Now, we are sick of seeing our beloved ones burning alive before our eyes and so are we of the begging authorities to redress our grievances. We are too tired now to raise our voice for those innocents who lose their lives due to the negligence of the government. Our leaders are only experts at befooling general masses. It is high time we realize and become cautious of the tricks played by politicians and raise relevant questions before voting them into assemblies. It is a sincere request to the concerned authorities to listen to the pitfalls of the poor and redress their grievances and save thousands of lives that we lose on a daily bases.