Cancer is a leading cause of death; it is responsible for more than 9.6 million deaths globally. In Pakistan, oral cancer is the second most common cause of death; it is predominantly caused by the use of gutka and manpuri. A mafia has been exploiting innocent people and is involved in making exorbitant profits out of this heinous business, disregarding moral and human values. Prohibition of the menace of gutka and manpuri across Pakistan must be done on an urgent basis. 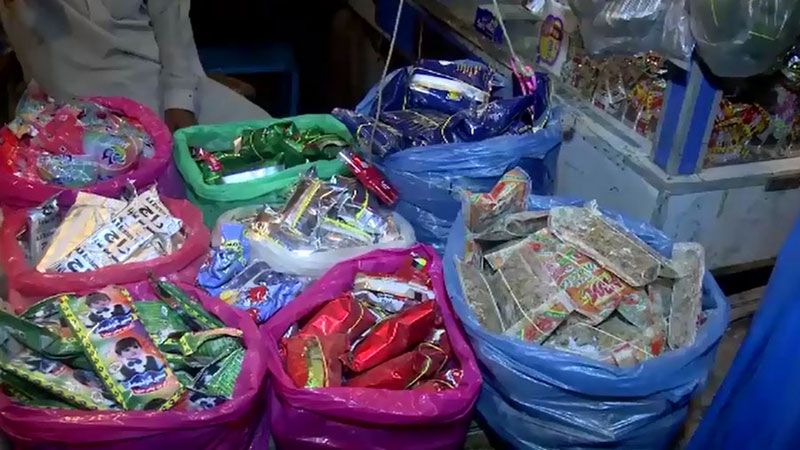 The Sindh government, led by my party, Pakistan Peoples’ Party (PPP), has introduced many important legislations. On December 17, the Sindh government introduced the Sindh Prohibition of Preparation, Manufacturing, Storage, Sale and Use of Gutka and Manpuri Bill, 2019, which was unanimously passed. After the bill was introduced, it was referred to the Standing Committee on Law, Parliamentary Affairs and Human Rights; I am heading the committee. During the review stage of the bill, we carried out lengthy deliberations. We took onboard lawmakers, Sindh police officials, home and law departments, and chemical experts, and left no stone unturned to analyse every aspect of this remarkable legislation, keeping in view the fact that laws are made for the benefit of generations.

In the light of the gravity of issue, we held four meetings pertaining to gutka and manpuri prohibition. At the first meeting, we reviewed, clause-by-clause, the entire bill. There was unanimity on the contents of the legislation, with a hope that the entire mechanism prescribed in the bill would help in eliminating the menace of gutka and manpuri. In the second meeting, there was a lengthy deliberation on the implementation mechanism; should police seek a warrant in the case of having credible information regarding the manufacture or storage of gutkha and manpuri? The committee members had two opinions.

On December 17, the Sindh government introduced the Sindh Prohibition of Preparation, Manufacturing, Storage, Sale and Use of Gutka and Manpuri Bill, 2019, which was unanimously passed

A few members opined that police should seek warrants from magistrates so that no one is subjected to an arrest or a house or a building raid arbitrarily. While other members thought that in case police have credible information that a vehicle is carryingprohibited stuff, or that storing or manufacturing of gutka or manpuri is taking place at a certain house or a building, swift police action is required as any delay may cause the culprits to flee. That debate consumed sufficient time. Thereafter, we agreed that to avoid delay in action, police would seek permission from the senior police official of the respective area. In the third meeting, we invited a chemical examiner to brief regarding the technical side of gutka and manpuri. He apprised the committee about the dangers of the derivatives used in the manufacture and other related aspects. To seek police officials’ input, as their role is central in the implementation of the proposed bill, Additional IG Dr Jameel Ahmed, DIG Sharjeel Kharal, DIG Aamir Farooqui, SSP Zulifqar Mahar, SSP Sheeraz Nazir and others participated in the fourth meeting. The police officials expressed their satisfaction over the much-needed legislation to prevent the use of life-threatening substances.

I also recommended that awareness campaigns should be organised against the risks of gutka and manpuri; all the participants, including committee members and police officials, endorsed my idea. We agreed upon conducting an awareness walk, I also floated the idea that there should be short video clips of not more than 120 seconds to be shared on social media platforms-Facebook, Twitter and Instagram. In those videos, interviews of oral cancer patients should be included to let the public know about the dangers of the use of such substances. The sole purpose of the inclusion of an affected person in the video clip is to advise masses to avoid the usage of gutka and manpuri.

The elimination of the use of gutka and manupuri is certainly a challenging task before all the stakeholders. Nevertheless, we should make all-out efforts in this regard. Ten percent of TV airtime is free for public service messages, according to PEMRA regulations and the order of the two-member bench of the Honourable Supreme Court of Justice EjazAfzal Khan and Justice Qazi Faiz Isa. It is vital that media joins hands with lawmakers and law enforcement agencies in dissemination of information against the risks posed by these harmful substances as well as about other healthy initiatives. This would certainly be a great service to the nation. These measures would also help in saving billions of rupees to the exchequer, and the same funds can be rechanneled for public welfare activities or scientific research.

It is high time that we realised the gravity of this issue afflicting our society. It is very painful to even imagine the agony of those families whose loved ones are suffering from cancer, or any other problem, because of the use of gutka and manpuri. Now that this remarkable legislation has been passed, it is urgently needed that all stakeholders play their respective role for its complete elimination. It is also urged that the other legislatures of the country follow suit in this direction. This will also be supplementing the efforts to achieve the goal three of the Sustainable Development Goals (SDGs), which is ‘Good Health and Well-being’.

The writer is Chairman, Standing Committee on Law, Parliamentary Affairs and Human Rights, and Convener of the Task Force on SDGs, in the Sindh Provincial Assembly