The Global Climate Risk Index Report 2018 has placed Pakistan on the 5th spot as the most affected country by climate change during the past two decades in its annual report for 2020. The report further states that approximately, 10,000 people have perished in Pakistan and incurred economic losses of almost worth $3.8bn as well as witnessing 152 adverse weather events from 1999 to 2018. 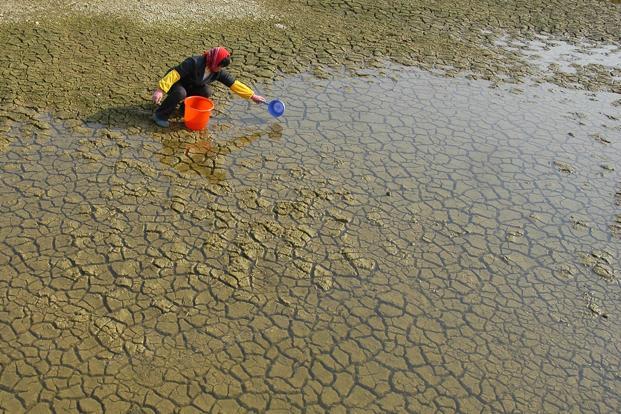 According to a 2012 report of the World Wildlife Fund, the temperature is surging alarmingly in Pakistan due to its geographical location resulting record-breaking temperatures; glacial lake outbursts; erratic rain patterns; perpetual flooding; rising sea level; prolonged drought, and water and food paucity.

The matter of grave concern is that these impacts are further deteriorating and causing catastrophic repercussions on the already-troubled country while climate change is relentlessly ringing bells and crying for help from the government, relevant authorities, civil society, and the public to cope with it effectively.

The extreme weather events are triggering far-reaching impacts on the country’s faltering economy and agriculture as well as livelihoods of the inhabitants and forcing them to migrate to larger cities, diminishing our already-depleting resources.

Most astonishingly, the sweltering weather has been causing loss of lives at a large scale and worsening water and food insecurity which is undoubtedly increasing the miseries and woes of the people. Meanwhile, people and governments are seeming oblivious about the perpetual economic catastrophe and frequent climatic alternation.

The praiseworthy initiative by Prime Minister Imran Khan to plant 10 billion trees within a span of five years and his vision of green and clean Pakistan is highly commendable. Not only will it help in combating climate change but will also promote tourism, help create jobs, and reduce pollution which kills hundreds of thousands of people each year.

Prime minister Imran Khan’s consistent efforts to highlight climate change at national and international forums is a manifestation that he feels the devastating environmental ramifications that Pakistan confronts.

In his speech to the UN General Assembly in September, climate change topped the list of our four biggest challenges. More recently, Mr. Khan, while speaking at the inaugural ceremony of the seventh IUCN Asia Regional Conservation Forum, pointed out the close link between climate-related challenges and socio-economic goals.

Most significantly, he stressed the need to pursue development policies geared towards environmental conservation and said that mitigating the impact of climate change was crucial to achieving poverty- and development-related SDGs.

Keeping in mind that Pakistan is among the top 10 countries most vulnerable to climate change, the prime minister will have to put his words into action and tirelessly work on sustainable environmental and development reforms.

On the other hand, the Billion-tree Tsunami campaign is an excellent initiative but needs to be scaled up in the long-term. The communities and the general public also need to be engaged in mass plantation drives across the country.

There is a desperate and pressing need of launching greater awareness campaigns among the majority of the people, even measures such as imposing curbs on single-use plastic without taking populace into confidence will remain ineffective and unappealing.

Howbeit, the wicked tradition of disposing of garbages in the rivers and burning the wastes in open air is directly contributing to the deposition of black-carbon on glaciers and resulting flash floods. On the other hand, an increasing number of tourists visiting the scenic mountains in the north opt for using diesel-like vehicles which need to be banned immediately because the burning of fuels at such high altitudes triggers the rapid eruption of glaciers.

However, our transport system is in a pitiful state. People prefer to travel in their private vehicles when it comes to long journeys as no one likes to reach their intended destination with numb feet. The metro bus projects should be extended to other major cities while the efficient transport system may be developed for long journeys to lessen the use of private vehicles. It will help in minimizing the emission of greenhouse gases as well as in tackling traffic problems.

We must pay special heed towards our renewable energy sources. We are blessed with the overwhelming potential for solar energy in Thar and hydropower in the northern areas which can provide clean, cost-effective and uninterrupted energy.

In a nutshell, it is a global imbroglio and the whole of the world’s future is at stake as Pakistan can not tackle it alone. It is high time for the world leaders to shun passivity and take an active part in climate advocacy in order to protect the planet.

The writer is an alumnus of Dynamic English Language Teaching Academy (DELTA) based in Turbat and keeps a keen interest in writing on social issues and can be met at mannansaamad@gmail.com