The Fiasco Theatre Company presented “Gustakhi Maaf”, the comedy/tragedy play by Abdullah Moin Afzal from 20 to 22 Dec 2019 at Al Hamra Hall 2 in collaboration with Rafi Peer and Lahore Arts Council. 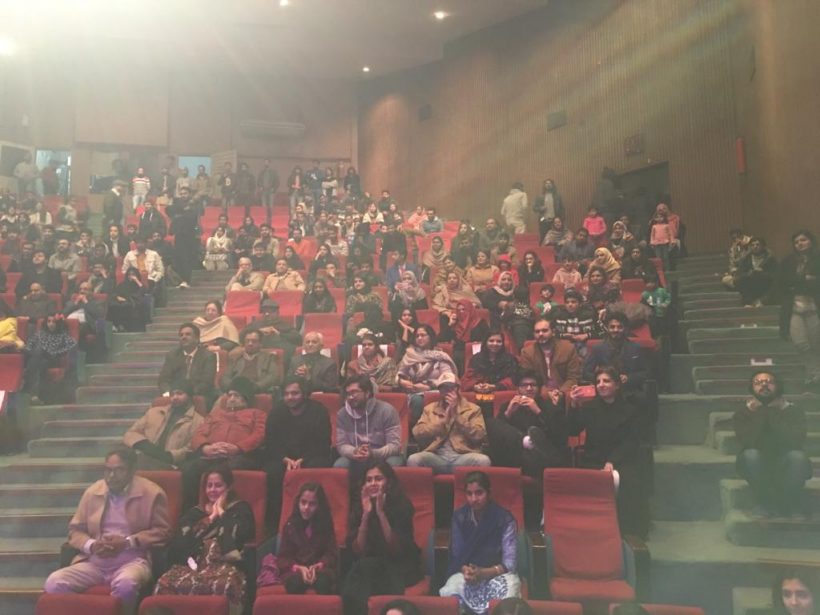 Gustakhi Maaf, directed by Abdullah Moin Afzal of Beaconhouse National University and produced by Baila Anjum. The story line was enlightening for the viewers and equally entertaining. The play compared the folds of evolution of human species with the education system of contemporary society. It also tried to reflect on ills in existing system of education of how violence and verbal abuse further exacerbates the existing problems.

Through artful language, the role of Appa in the play as a teacher in the tuition center along heartfelt performance by Wali mesmerized the audience. The Janaza mime along with the other mimes on story of human evolution stole the show