Eradicating rural poverty in Pakistan is the need of the hour

Without a shadow of doubt, the rural areas of Pakistan are reservoirs of poverty. More than six decades have passed since the inception of Pakistan, and yet Pakistan’s rural system is still struck with the darkness of destitution. Pakistan’s major natural resource is its stable land, and even though agriculture constitutes of about 20 percent of Pakistan’s GDP, lifestyle and living facilities for the people living in rural areas are truly abysmal.

Many farmers living in rural areas do not own the land on which they work as mere tenants. That is evident from the fact that the agriculture sector employs about 43 percent of the total population but the living conditions for farmers are still appalling. Farmers lack the basic necessities of life while trying to earn a stable livelihood. Government is not thinking about providing proper facilities and setting up of training centres nationwide that could help farmers gain better knowledge of what they are farming. 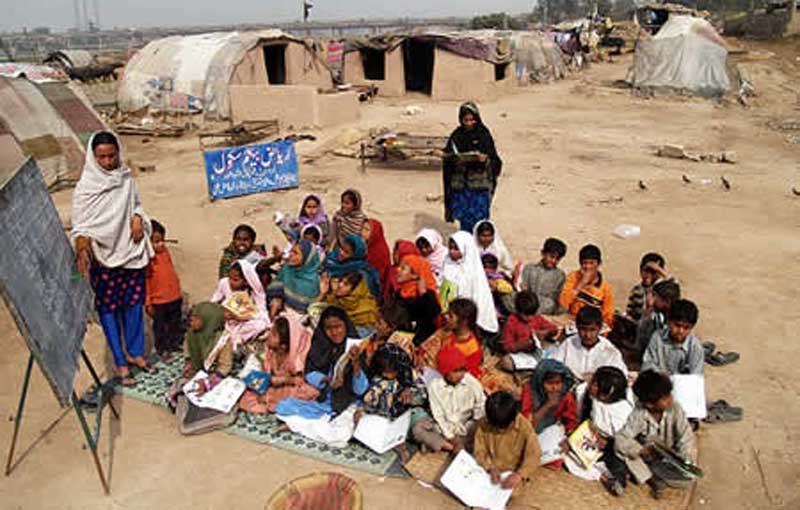 There is a gargantuan gap in communication between government and the agricultural community, largely because the latter is not provided with proper knowledge about things such as information on the breed, type of seed and daily weather reports on radio channels, specifically made for farmers. That can help to form a close community or a credible association like a trade union. It would help farmers to find proper and fair rates for the crops they harvest throughout the year. It would also help them make more money instead of selling crops to a middleman, a process that cuts the maximum profit for farmers, advertently exploiting them. Farmers associations can create wonders and change the fortunes of farmers.

Another problem farmers face is the landlord dilemma, due to which farmers are forced to live with little or no progress in their livelihood. Farmers are nothing but a tool for affluent landlords who take away the little joy there is in the lives of farmers and exploit them. It has been reported that in some parts of southern Punjab, the authority of local landlords is so absolute, poor farmers even end up giving their national identification cards to swear and plead loyalty to them. Farmers are then forced to vote for those landlords. Even though Pakistan is a country built on autonomy, we often see fascist and oppressing nature of local landlords.

What is more loathsome is that tenants hired by these landlords are not allowed to buy any type of land in a blatant attempt to keep them on their own fields so that their harvests can prosper.

Most landlords are greedy and don’t care about anyone. This is the twenty-first century, and it is about time that landlords wake up from the past where the tenant was the tool and the landlord was revered as the only powerful individual in the area. The problems of the past have creeped into the current times and are wreaking havoc; one of the biggest problems is land ownership.

Even though reforms were made and passed down by President Ayub Khan and Prime Minister Zulfiqar Ali Bhutto, in which landlords were told to keep a declared amount of arable land, some influential landlords found a loophole in even those land reforms. What they did was they tactfully made a will or sold a portion of their properties to people of their families, thus maintaining the land within their own families and deceiving the government.

Concentration of ownership is also thought to be less productive than owner-farmed land. According to the World Bank, “Most empirical evidence indicates that land productivity on large farms in Pakistan is lower than that of small farms, holding other factors constant.” Small farmers have “higher net returns per hectare” than large farms, according to farm household income data. Sharecropper productivity is also lower (about 20 percent) than landowner productivity, holding other factors constant, because there is less incentive for sharecroppers’ personal labour inputs.

In order to help farmers earn more, government should solve their issues. That would help farmers to make their lives better. Farmers are an integral part of our economy, and for them living an oppressed life is really depressing. It is to be noted that Pakistan ranks eighth worldwide in farm output, according to the GDP sector comparison. All of that is due to the hard work of farmers. Therefore, it is advised that government should take actions to help farmers.