Situated on the northeast of Lahore, about 4 km from the Railway station, one of the gardens constructed by Mughal Emperor Shah Jahan, in the 17th century. Though, Shalimar Garden is now a far cry of its former glory and elegance but still a masterpiece that is a reflection of our history, culture and tradition. 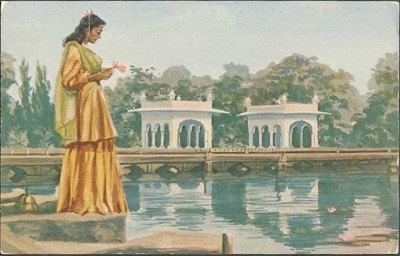 The wall of Shalimar has stood its ground as a protector for a long time, experiencing different cultures and emperors but it is now under serious threat of oblivion. The wall around Shalimar is a silent elder observer that cuts through time and still stands today. If at any given moment in history a part of this wall would have fallen then the Shalimar garden wouldn’t be here today in the manner that it is.

This wall itself is a guardian of the garden. It depicts the fossilized spirit of what was and what now is. The character of this wall and the responses it gets vary while moving from the outer periphery towards the inner. At certain instances the wall bulges and acquires a particular volume which is inhabitable. These inhabitable spaces are either revealed to the user or concealed from the eye while having elaborately detailed elevations. It is essential to instill the users a sense of obedience when they interact with the garden.

Shalimar garden is a UNESCO World Heritage Site that is under serious threat. Context from all four sides is overpowering the garden and illegal encroachment is damaging the boundary of the garden. Till the late 20th century the context around the garden was farmland and garden was only the noticeable part. Now construction in the context has overpowered the heritage site. In the southeast part of the garden, car parking is the only mark that is present outside the garden boundary.

Wall of Shalimar is the only thing that is saving the garden from becoming just a page in history books. The wall plays a vital role in preserving this heritage from the ongoing “destruction”. Wall of Shalimar has taken some damage due to the activities present along with it. These activities can be performed on a better platform and in a suitable environment.