* Thomas Stearns Eliot gained popularity after his notorious poem 'The Waste Land', which was written four years after the end of World War I 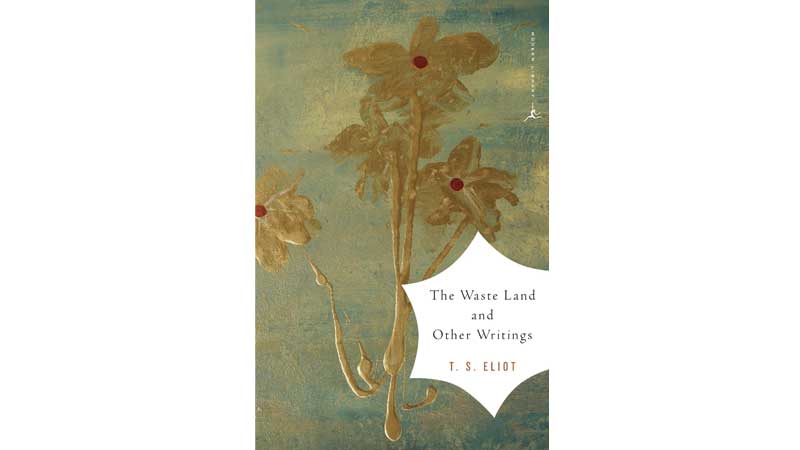 The renowned poet and critic acts as a pioneer of the Modern era where the difference in opinion highlights the advent of an era that explores beyond a limited vicinity. T.S Eliot, an erudite poet and critic, was a figure of immense importance for his open negation of the romantic concept.

Thomas Stearns Eliot gained popularity after his notorious poem “The Waste Land” which was written four years after the end of World War I. As a result, it contained elements of this event within his poem. This war left the world in a devastating state, where gloominess, hopelessness, and the human decline pervaded. This war, however, is said to be one of the defining moments that introduced Modernism.

Notable characteristics of the modern era encompasses the diversity of theme and stream of consciousness. Rejecting traditional techniques of writing, modernism inculcated the harsh reality of humans, leaning towards experimentation and created a new mode of expression no matter how pessimistic it may seem. This era, moreover, encapsulated the importance given to the individual mind and identity, and the boundaries of language and form limits were questioned. Thus, the break from and the challenge towards romanticism is fairly evident.

The Waste Land, is an influential poem that marks the start of Modern era in the 20th century. The title of the poem itself is reflective of the devastation caused by the war. It is not a poem that inculcates the horrific details of the war, but in fact presents to us the aftermath of this drastic event. T.S. Eliot is known for his abundant use of allusion in this poem. The start of this poem ironically reenacts Chaucer’s Canterbury Tales, alluding a different picture than most. “April is the cruellest month,/breeding Lilacs out of the dead land, mixing/Memory and desire, stirring/Dull roots with spring rain.” (Line 1-4, The Waste Land). April although seen as a month that promotes spring and hence, rejuvenation, is described as the cruelest because the devastation of war has left nothing behind to rejuvenate from

Notable characteristics of the modern era encompasses the diversity of theme and stream of consciousness. Rejecting traditional techniques of writing, modernism inculcated the harsh reality of humans, leaning towards experimentation and created a new mode of expression no matter how pessimistic it may seem

The work of T.S. Eliot is seen as kaleidoscopic as it represents a fragmented modern poem that strays away from standardized forms and rhyme schemes. It is believed that the disjointed style adopted by Eliot is reflective of the chaos that erupted because of the First World War. This extensive poem is divided into five parts, namely; The Burial of the Dead, Game of Chess, Fire Sermon, Death by Water, and What the Thunder Said. All of which encompass the same fragmented form and vary in length.

The fragmented poem of Eliot is united by a theme of desolation, devastation, lost hope, faith, and disillusionment of a generation.

This rambling poem depicts the truth of the War not in terms of what had happened in the duration of it but an image of the events that followed it. The war leaving the world in distress is a reality that no being can deliberately ignore. Thus, the repercussions that were faced as a result of it is perfectly represented and beautified within the poem. The title of the poem itself insinuates a barren land dominated by helplessness and bleakness. There resides no beauty within an arid land that unleashes emotions of hopelessness, yet Eliot, with his remarkable form creates beauty that saddens the reader. “And I will show you something different from either

Your shadow at morning striding behind you

Or your shadow at evening rising to meet you

The poem is allusive of the First World War (1914-1918) and dictates the side-effects of it. He creates numerous references to the war in his poem on several occasions.

“He who was living is now dead

We who were living are now dying

The war came rumbling with destruction and agonizing brutality that compelled numerous writers to address the effect of the war.

T.S. Eliot, though born in America, moved to England before the World War and witnessed the drastic change that took over his life. His allusion the destruction caused in England was reiterated in the form of the infamous rhyme that he included within his poem. Moreover, suffering from a nervous breakdown and with the betrayal of his wife, Eliot was motivated to write this almost epic poem.

In his critical essay, Tradition and the Individual Talent (1919), Eliot states that one should modify the tradition and incorporate his own elemental persona within the work he represents. His poem, in regards to his own critique, utilizes individual talent for it brings forth a new poetic style yet, as the Modern era goes, he does little to modify the tradition. In other words, Eliot’s take on modifying the tradition of poetry is not dominant as the Modernist idea is to break away from the conventions set by past writers.

Eliot creates a series of subjective emotions and responses acquired from the objective reality. That is to say that as an alternative of what was, this poet creates an image of what is led to and what it evoked. Expressionism carries such phonemical details and The Waste Land fitting into its description of being a mass of “clotted nonsense” is highly presentable. The poem carries a subjective emotion rather than objective reality of what the war was.

The poem is heavily reflective to the concept of art being a form of imitation. Specifically, the Aristotelian form of imitation “poetic art is not merely copying; it is a creation”. The poem imitates humanity at its lowest and the barren concept of what a war does to a state that once flourished.

A defining feature of Modernism, as stated above, is the diversity of themes. Yet, this poem, as fragmented as it is, is a poem that united by a singular theme; hopelessness.

“The Waste Land” is a poem that reflects the lost faith of humanity of an event as tragic as it is. It is a work of art that imitates reality and introduces a poetic style whimsical from the ordinary of what was seen as the norm then.