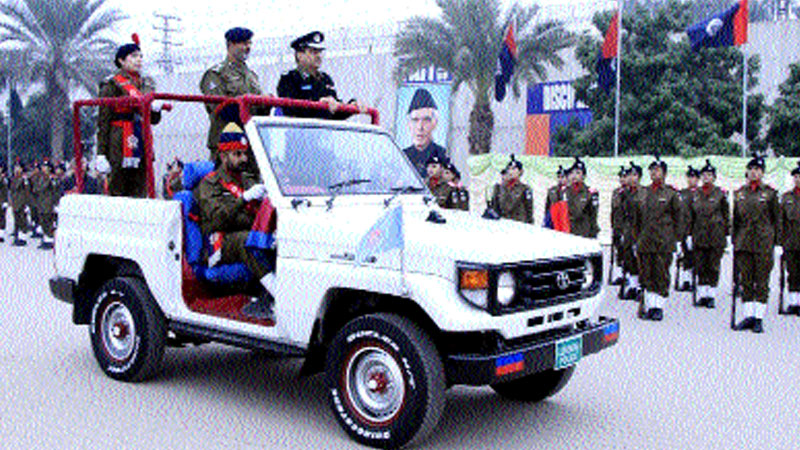 Punjab Police Inspector General Shoaib Dastgir on Thursday directed to improve the standard of training of police force and said that trainee officers and officials should be provided training facilities in accordance with the smart and community policing in training schools and colleges.

He added that the officers and officials should be imparted modern education with respect to requirements of contemporary age in the field, likewise the trainees should also be given education of moral values and lectures should be arranged for their moral training and public dealing.

These views were expressed by Addl IG Training Tariq Masood Yaseen while addressing at passing out parade of 11th batch of lady recruitment course in Lahore at police training College, Chuhng. He further said that we have focused on moral training of those police officers so that they may enhance the prestige and respect of Police department by their courteous and noble behaviour and also address the hardships of the citizens.

He further said that syllabus of Punjab Police has been upgraded and modules regarding ethics and morality have also been incorporated in it so I can say that not only best police officers are being passed out from police training college but also this historical institution also provided best mothers to the nation who will prove themselves a best example with the help of their dutifulness, diligence and honesty in the field. These lady police officers will also play their exemplary roles as the best sister, wife, mother and daughter in law in their homes. He moreover added that, I congratulate to passing out lady police officers and their parents who have been helpful and encouraging in the journey of their success.

Commandant Police Training College Chuhng Lahore Ehsaan Tufail while presenting “Sipas Nama” said that highly educated women are also included in the 11th batch of lady recruitment course among the trainee officers and officials who are stepping into practical life filled with zeal and spirit of public service. He added that this course has the duration of 39 weeks in which different courses of ethics, public dealing, character building, stress management, laws, counter terrorism, traffic awareness, computer, general knowledge, practical exercises of field, first aid, use of weapons and martial arts were conducted for training of trainee officers and officials.

He further said that all these women coming from Punjab will never lag behind the men in practical life because they have been given the same standard of training as of men officers and officials. In the end of the passing out parade Addl IG Tariq Masood Yaseen distributed prizes among position holders of the course.