War is a situation of armed conflict between two or more states. War is the ultimate cause of a humanitarian crisis. War is objectively a horrific event with devastating impacts. War destroys the social order of society, as it affects civilians’ life more. War brings death and destruction. Human societies are affected by war as infrastructure, residential areas, hospitals and schools are destroyed. Civilians face famine, poverty, unemployment, and starvation and lose their beloved ones. The Biharis of East Pakistan faced the same bad consequences of war during the 1971 war. 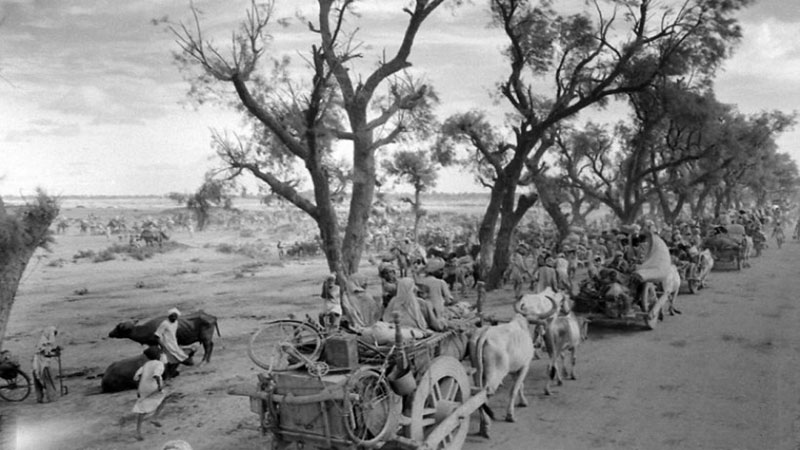 On October 26, 1946, a year before the creation of Pakistan, massive Hindu-Muslim riots occurred in Bihar. The reason behind those riots was to develop Hindu displeasure and outrage against Muslims. In 1946, the most noxious attack occurred when four districts-Patna, Gaya, Chhapra and Munger-were targeted simultaneously. In those attacks, according to the Muslim League facts finding committee report, 50,000 Muslims were martyred. The member of the All India legislative Assembly, Allama Raghib Ahsan, substantiated this report in his book The Bihar State Killing, and Barrister Syed Abdul Aziz in The Bihar Tragedy.

After the post-Bihar riots, Quaid-e-Azam Muhammad Ali Jinnah said: “I had never thought that I will see the creation of Pakistan but the Bihar tragedy gave birth to it.” Bihari Muslims are the ones who migrated thrice for Pakistan-the firsttime even before the creation of Pakistan, the second time at the time of partition in 1947, and the third time after the Fall of Dhaka.

The Biharis who were repatriated in Karachi are also facing almost the same issues; they are not even given identity cards

The most terrible incident was the massacre of Santahaar and the adjacent railway colony. They burnt their houses, and men and children were slaughtered. Young girls and women were raped In front of their families, and then slaughtered. Hardly 150 people survived out of 80,000. When rescue forces reached Santahaar, wild animals were eating the dead bodies. Because of the awful condition of the dead bodies, they were buried in a mass grave.

East Pakistan’s border was directly attached with India from three sides, and it was completely vulnerable and porous, making it very easy for the Indian forces to cross it. The MukhtiBahini forces, trained by India, used guerrilla warfare tactics to create an atmosphere of war. The Indian army attacked East Pakistan on December 3, 1971. The Indian army surrounded Pakistani forces from all sides;Pakistanis were fighting since March 1971, making it extremely difficult for them to fight an army of more than its size. Biharis also fought very bravely alongside Pakistan’s armed forces.

Pakistani forces surrendered on December 16, 1971, leading to the creation of a new state: Bangladesh. The Bihari community faced cruelties of the MukhtiBahini forces even after the creation of Bangladesh, and almost 500,000 people lost their lives. Pakistan accepted 170,000 Biharis in 1974, although their process of repatriation remains unresolved even after five decades. Today, almost 400,000 Biharis live in the Geneva Camp in Bangladesh in an extremely miserable condition. They are suffering from extreme poverty, unemployment, non-existent educational facilities and electricity, and unavailability of clean and fresh drinking water. They are stateless people. There is no societal acceptance for them in Bangladesh, and they are called ‘stranded Pakistanis’.

The Biharis who were repatriated in Karachi are also facing almost the same issues; they are not even given identity cards. In their hub in the Orangi Town of Karachi, their civic conditions are awful with no standard of educational facilities, a poor sanitary system and no facility of clean and fresh drinking water.

This is how we as a nation treat our civil heroes who sacrificed their everything for the unity of Pakistan. Now it is the responsibility of civil society and state to highlight the sacrifices of our Bihari brothers and sisters who sacrificed their assets and lives for the unity of Pakistan. The state should take necessary measures for the uplift of Biharis’ education and civic conditions and make them proud Pakistanis again. The young generation of the Bihari community is not highly qualified, even though forefathers were highly qualified and technically educated. There should be a special quota for the Bihari youth in universities and armed forces of Pakistan.

In this advanced and social media era,the state may face another internal security challenge if it even now does not mainstream and recognise Biharis’ sacrifices for Pakistan.