* At the opening ceremony of the Corridor, Prime Minister Imran Khan acknowledged that Nankana Sahib is the equivalent of Mecca for Sikhs and Kartarpur, their Medina 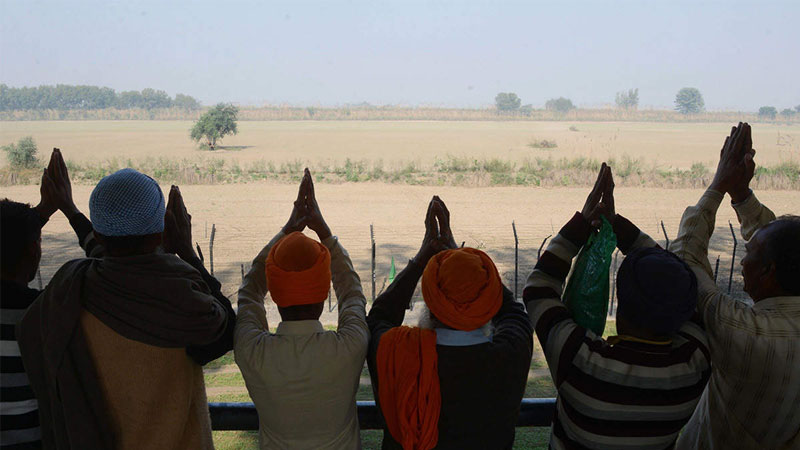 Sikhs all over the world are indebted to Pakistan for their generosity and goodwill in providing Sikhs with uninterrupted access to their holy shrine in the Kartarpur Corridor.

Sikhs have campaigned for over seven decades to access their historical Gurudwaras in Pakistan.

At the opening ceremony of the Corridor, Prime Minister Imran Khan acknowledged that Nankana Sahib is the equivalent of Mecca for Sikhs and Kartarpur, their Medina. He further assured Sikhs that no matter how adverse the relationship between India and Pakistan, Sikhs will never be stopped from visiting their holy shrines.

The 550th birth anniversary of the Sikh religion’s founding Guru, Guru Nanak Dev Ji, gave the perfect celebratory opportunity to allow Sikhs and others to come and visit Kartarpur where Nanak spent the last 18 years of his life. It was also here, that he announced that Guru Angad Dev was to succeed him.

All over the world people have found inspiration in Nanak’s thoughts and his revolutionary thinking that humanity as a whole is one.

The 550th birth anniversary of the Sikh religion’s founding Guru, Guru Nanak Dev Ji, gave the perfect celebratory opportunity to allow Sikhs and others to come and visit Kartarpur where Nanak spent the last 18 years of his life. It was also here, that he announced that Guru Angad Dev was to succeed him

Nanak believed in the equality & the inclusiveness of the human race, rejecting Manusmriti, which divided society in a ranked structure. Fifteenth Century Indian society, was neither fair nor tolerant. Untouchables were not allowed to worship; if they even accidentally heard the word of God lead metal would be poured down their ears. Widows had to prove themselves as good and devoted wives by performing Sati; an act of self-immolation on their dead husband’s funeral pyre. In the patriarchal society women were treated as inferior but Nanak questioned this, “so why call her bad? From her Kings are born. From woman, woman is born; without woman, there would be no one at all,” (Guru Nanak Dev Ji Raag AasaaMehal 1, Page 473). He condemned female infanticide. Guru Nanak refused to accept this social status quo and was critical of these practices and rituals. He empowered people and said you don’t have to leave your home and family and travel to remote places to find God.

Nanak believed that one can worship God whilst doing their worldly chores and thus rejected celibacy and ‘Sanyas’, where individuals left their family and worldly possessions to wander off into the wilderness.

India & Pakistan have their roots in the dynamic Indus valley civilization. The Vedas were written in Punjab which is now an integral part of Pakistan. The Pandavas, five brothers and sons of King Pandu of Hastinapur from the epic Mahabharat are believed to have spent part of their time in exile in the Pothohar region. Lord Rama’s son Luv derives his name from Lahore. Prior to Partition, we jointly endured invasions by Alexander the Great, the Persians, Afghans and Mughals. We share poetry of Sufi Saints Farid & Waris Shah. Amrita Pritam’ s poem “Ajj Akha Waris Shah Nu” depicting the atrocities of Partition in 1947, touches a chord in every Punjabi’s heart. Texila (home to the first university in the world) is a witness to our shared heritage.

We worked together during Maharaja Ranjit Singh’s reign in Punjab and made it the ‘Golden Sparrow,’ where people from Western Europe sought employment and refuge. Punjab under Maharaja Ranjit Singh, was prosperous, literate and the envy of other states. Seven decades of isolation has not been able to erase those fond memories in the minds of displaced communities. In the frenzy of communal riots, we forgot we are the creation of one God. We took pride in being Hindus, Muslims, Sikhs; most of all, we were proud Punjabis! We all suffered on either side of the Radcliffe line. We can feel the pain of Pakistanis, longing to visit Ghalib’s tomb in Nizamudin in Delhi or Ajmer Sheriff. 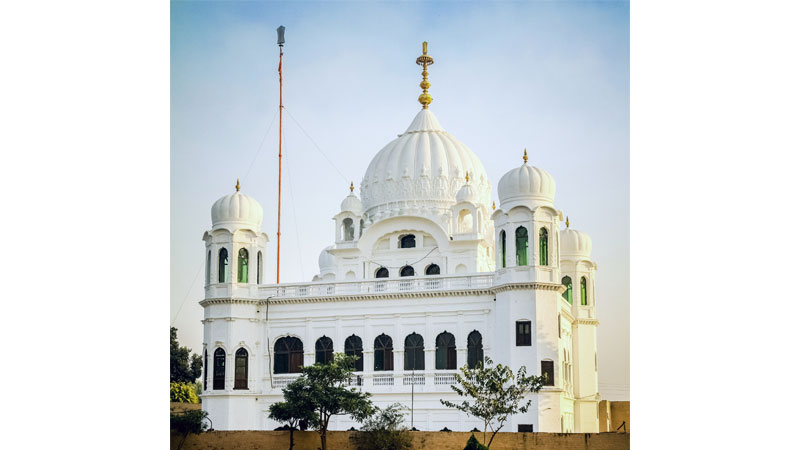 Kartarpur is mentioned in the Sikh holy book, the Guru Granth Sahib and has a special place in our hearts; one can feel it the moment one enters the perimeter of the Darbar Sahib. On 28th October 2019 Pakistani Prime Minister Imran Khan laid the foundation stone of the Baba Guru Nanak University. Sikhs are looking forward to being a stakeholder in this university. Mr Khan is right in saying that previous governments had neglected education, and he wanted to redress this problem. In medieval India, members of the Shudra caste had no access to education. Education resonates with Sikh philosophy, Guru Nanak said that it is the birth right of each person to have basic education regardless of caste. The word ‘Sikh’ itself means to learn.

Baba Guru Nanak University needs to be a centre of excellence, which must meet the aspirations of its students. It needs to offer affordable education not only to Pakistanis but also to people from across the world. As Nanak was an innovator and visionary, let this university be a leader in Artificial Intelligence & Information Technology, fit for the 21st Century.

The Kartarpur Corridor offers challenges and opportunities; however as Guru Nanak Dev Ji showed us, nothing is insurmountable. As both India & Pakistan have spent considerable sums of money in developing infrastructure on either side of the corridor, a peace dividend from this change of heart will be a befitting tribute to Guru Nanak Dev Ji’s legacy. He was one of the greatest sons of the soil. We hope and pray for peace for both the neighbours.