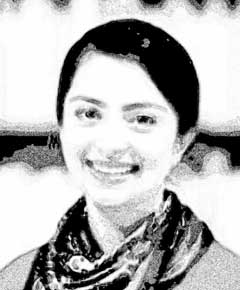 OIC — the silence of our friends

It could be argued though that the 57 Muslim countries that constitute the OIC have rarely been able toplay any meaningful part in demonstrating solidarity with fellow Muslims.Instead, they have merely been paying lip service to Muslim causes. The issue of occupied Jammu & Kashmir is a case in point.

Following the Indian actions on the 5th of Augustwhich took away the autonomy of the occupied J&K, the OIC Secretariat released a statement reiterating its solidarity with the people of occupied Kashmir. This was a welcome statement. We would’ve, however, expected that the OIC member states individuallyalso resonate the same sentiment in their own official responses. Except for a handful Muslim states like Turkey, Malaysia and Iran, that never happened.

The primary purpose of the OIC was to be ‘the collective voice of the Muslim world’. Bound together by a common adherence to the Islamic faith, the OIC stands today as the second largest intergovernmental organization after the United Nations. The Muslim states could have used this numerical strength. Theoretically, there is power in its voice. But what good is this voice if it is fractured and not backed up by all member-states?

As the days went by post 5-August, the people of occupied Kashmir braved the curfew and atrocities of the Indian security forces. The people and gout of Pakistan was deeply concerned. The Prime Ministerof Pakistan made a passionate appeal to the international community at the UN General Assembly to hear the voices of the oppressed Kashmiri people. It seems though that there is continuing silence from majority of the Muslim world, even when the international community began to take notice of the humanitarian catastrophe that was unfolding.The Muslim states were once again behind the curve. The expectation was that the memberstates of the OIC should’ve adopted a more pro-active approach in condemning India for its draconian laws and human rights violations.Even though the OIC has routinely adopted resolutions on the Kashmir cause, the actualsupport of the OIC member states for the people of Jammu & Kashmir has remained lukewarm and inconsequential.

One key factor could be the lack of group cohesion. In order to achieve cohesion, members of a group need to share norms, values and interests. The OIC, in theory should be that group. But as unfortunate as it may be, it does not seem that the Muslim ummah today is unified. There are serious schisms that divide Muslim nations across ethnic and sectarian lines. It seems as though internal rifts and mistrust has undermined the much needed politically unity.

Remaining silent to the plight of the Kashmiri people, who for 70 years, have been denied their right to determine their own destiny, is tantamount to apathy and indifference

It would naïve to overlook that OIC member-states may have their own vested interests that they would wish to service and protect, even if this may, in the process, weaken the institutional power and collective voice of the OIC itself. With India being a large economy of the world, many of the member-states share reasonably close economic and diplomatic ties with India. Just this year, the United Arab Emirates, invited India’s external affairs minister as a guest of honour, completely overlooking the human rights violations being committed by the Modi regime in occupied Kashmir.

Naturally, there are also capacity issues. The OIC does not have the interventional powers that other international organizations like the United Nations Security Council has. Without any capacity to intervene, such as the instruments granted under chapter VII of the UN Charter, the OIC cannot do much more than adopt resolutions that rarely go implemented.The OIC can build pressure on aggressors by naming and shaming. However, vested national and commercial interests supersede any such call.

Should Pakistan then give up on OIC’s support to the people of Kashmir? No. Certainly not. The OIC Secretariat has issued the clearest condemnation of the Indian actions in occupied Kashmir.

As for the individual member-states themselves, it would appear they have their limitations in terms to the relationship that they have built with India. Pakistan should appreciate those of the OIC states that have spoken out against the atrocities being afflicted, despite injury to their own interests. At the same time, Pakistan must reach out to other members of the OIC through diplomatic channels and at the leadership level to exhort them to support the people of Kashmir.

The Muslim world, in their quest to leverage their collective weight,can secure their future if they build their collective voice and stand by fellow Muslims around the world. Remaining silent to the plight of the Kashmiri people, who for 70 years, have been denied their right to determine their own destiny, is tantamount to apathy and indifference. One recalls the historic words of Martin Luther King that ‘in the end, we will remember not the words of our enemies, but the silence of our friends.’

The writer is researcher at Islamabad Policy Research Institute (IPRI)