Responding to cases of sexual violence and rape

Without resorting to debate into whether there is an increase in the incidents of sexual violence and rape cases, or if these are now more reported in Pakistan, which requires empirical evidence, sexual violence including rape occur more frequently now. 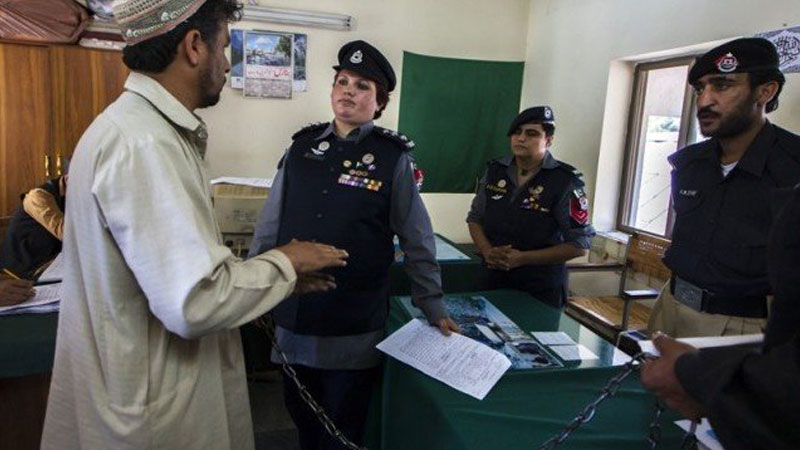 I think that this is one of the reasons-worldwide prevalence of rape-that the United Nations has decided to mark 16 days of activism this year under the theme “Orange the World: Generation Equality Stands against Rape!” The 16 days of activism startedon November 25 and will end on December 10, the International Human Rights Day.

There are various conceptual and theoretical positions on why rape occurs in a society. We do not have many significant studies on rape in Pakistan. Rape has been looked upon globally from various theoretical and philosophical perspectives, including by critical feminism, biological theories and the Freudian “Seduction Theory”. In Pakistan, the Criminal Law (Amendment) (Offences Relating to Rape) Act, 2016 constitutes the most significant component of the legal framework on rape and some types of sexual violence.

Rape like any other social issue is a complex phenomenon and requires a multifaceted approach. If the law against rape is implemented in letter and spirit, the response to cases of sexual violence and rape can be improved in Pakistan. The most significant features of this law include 1) collection of DNA samples of a victim with her or his consent and the accused; 2) bar on non-disclosure of identity of a victim, with some exceptions, in cases of rape under Section 376, unnatural offences under Section 377 or sexual abuse under Section 377B, including the publication or printing of information that may result in being able to identify the victim; 3) punishment for all those persons who intentionally hamper, mislead, jeopardise or defeat an investigation, inquiry or prosecution, or issue a false or defective report; 4) trial to be concluded within three months; 5) trial to be held in-camera; and 6) punishments in rape cases cannot be commuted.

Regardless of relatively robust legal framework on rape and some forms of sexual violence in Pakistan, identities of rape and sexual abuse victims are routinely disclosed in social, electronic and print media despite it being an offence. The trials in such cases are prolonged albeit there are a few recent examples in which trials of rape and other forms of sexual violence were concluded comparatively in a timely manner.

DNA samples are either not taken in such cases or are collected, stored and transferred to the concerned laboratories in an improper way, which affects the result of the tests to the extent that despite genuine cases of rape, well established through medical reports and other corroborative evidentiary support, the DNA tests go in the favour of the accused.

Another issue with DNA tests is that although payment of DNA fee is state’s responsibility, parents/relatives of rape victims are asked to pay the fee, which is about Rs 20,000, adding to their troubles as most people in these cases are poor. In case the police agree to pay the fee, the approval process takes long, which affects the timely production of the final challan and the subsequent delayed kick-off of the trial process.

However, recently the DNA Forensics and Serology Laboratory has been established at the Karachi University in Sindh. The government of Sindh has signed a memorandum of understanding with the laboratory. DNA samples can now be sent/handed over by the investigations officers across Sindh to this laboratory without paying the fees. The laboratory will directly charge to the Sindh police at the central level. The laboratory has now started working.

With focus on implementation of laws, the Women Development Department of the government of Sindh, with the technical support of the Legal Aid Society, has developed a multi-departmental and multi-tiered the “Sexual Violence Response Framework” based on primary, secondary and tertiary measures.

At the response level, the framework suggests development of a case management system to ensure anonymity of survivors in line with the law

At the response level, the framework suggests development of a case management system to ensure anonymity of survivors in line with the law. It also requires the Pakistan Electronic Media Regulatory Authority and information departments to notify about the ban on the disclosure of the identity of victims in electronic and print media. The framework suggests that courts should develop and implement structural and procedural arrangements to ensure in-camera trial of rape cases. It also recommends to the health department to increase the number of medico legal officers across the province. Most importantly, it suggests development of an integrated case management system of such cases among police, medico legal, prosecution and courts.

The Sexual Violence Response Framework also suggests that the health department should develop uniform protocols for conducting medico legal examination of all cases, and to develop and adopt standard operating procedures for dealing with cases of violence against women, particularly rape and sexual violence. It suggests the protocol of identification and notification of safe places within the jurisdiction of the Sindh High Court where complainants-victims of rape and other forms of sexual violence-can record their statements.

I believe that should the corresponding procedural, physical and other arrangement are made by the criminal justice system institutions like police, prosecution courts, including medicolegal, in line with the Sexual Violence Response Framework, the response to rape and some other forms of sexual violence could be improved to a high extent in Sindh.