Silent, submerged and lethal — the concept of Submarines as a tool of war not only changed the face of warfare in the seas but added a new dimension to how nations perceived naval strength and deterrence. Though the idea of a submerged boat had been fantasized since the 16th century, it became a reality during the American Civil War when a partly submerged oar-propelled CSS Hunley of the Confederate forces became the first combat submarine to sink a warship, 1,240-ton US Navy’s USS Housatonic in 1864. The event, historic as it was, not only signified the beginning of war beneath the waves but also the risks that would have to be taken in this new frontier for the first successful combat mission of CSS Hunley was also its last. Technological advancements of the 19th century and World Wars meant fast-paced development of modern combatant submarines capable of stealthier and deadlier long-range missions as Naval forces recognized the potential and necessity of submarine warfare. 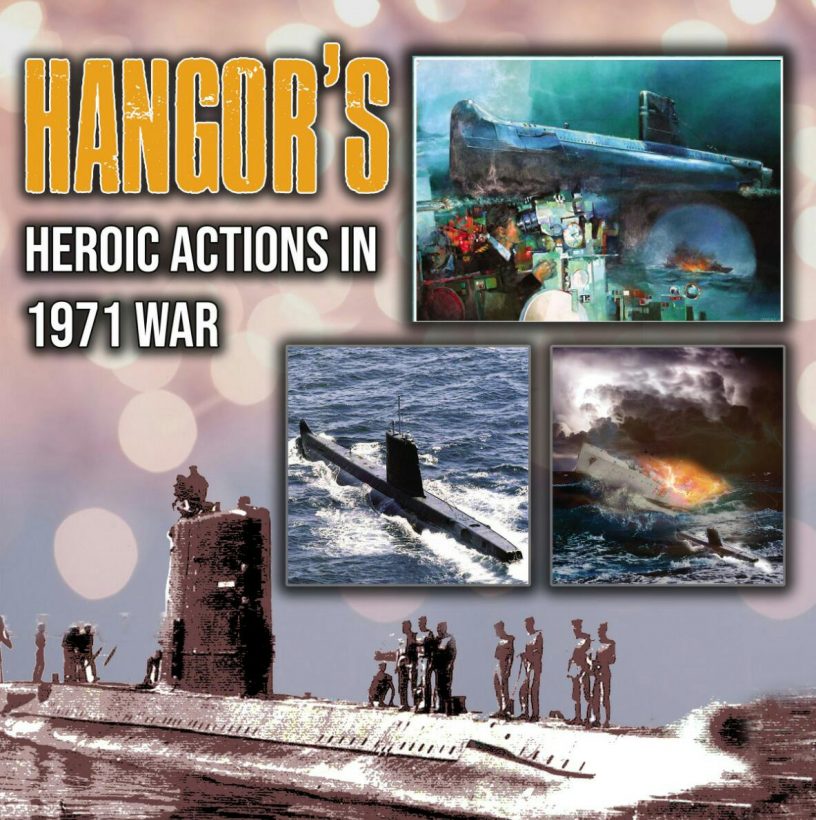 It was only natural that Pakistan, having won its Independence post-World War II, would-join the submarine club. But Pakistan Navy, having come into being with just two sloops, two frigates and four minesweepers, would have to wait for 17 years before acquiring its first ex-US TENCH class submarine. By 1970s, Pakistan Navy acquired 4 Daphne and 2 Agosta class submarines from the French Navy, strengthening its Naval arsenal, as it endeavored to safeguard maritime boundaries and trade. But the acquisition of the first submarine was in itself a watershed moment not just because Pakistan Navy became the first country in the region to operate a Submarine, but also because it signified how a small but disciplined Navy would outsmart its much larger adversary through forward planning and future outlook. The first submarine, now remembered as the PNS Ghazi, would prove this point time and again in time to come to embody what the Quaid, Muhammad Ali Jinnah, said to men of the Pakistan Navy during his address to H.M.P.S Dilawar foretelling that You will have to make up for the smallness of your size by your courage and selfless devotion to duty for it is not life that matters but the courage, fortitude and determination you bring to it.”

Ghazi and Hangor are two names etched into the annals of Naval warfare, symbols of professionalism, courage, sacrifice and service, hallmarks of Pakistan Navy. During the 1965 War with India, PN had the professional edge of having the sole submarine between the two warring countries. As the land and air forces fought for the defence of the country valiantly, the Naval forces went to work quietly away from the public eye. Ghazi was the centerpiece of the chessboard that PN devised around Indian ports and was tasked to patrol deep into the enemy waters keeping a watch on the crucial Mumbai harbor where the core of Indian Naval aircrafts including the aircraft carrier INS Vikrant was docked. The lone warrior was so effective that no Indian ship dared ventured into the open sea, much less challenge the Pakistani ports. The impact of Ghazi on the Indian Naval psyche allowed the PN to plan and execute an audacious and successful raid on Dawarka, the Indian naval fortress and radar station, as the enemy watched. Not only Ghazi was successful in keeping enemy Navy out of all the action, its legacy continued to haunt its opposing ranks well into the second war of 1971 when it was tasked with yet another daring but ambitious and unthinkable operation which would eventually prove fatal for the submarine which by then was an aging warrior.

As hostilities broke out in East Pakistan, PNS/M Ghazi commander received a short order. Find and Destroy INS Vikrant, the crown jewel of Indian Navy, which was kept away from the Western shores out of fear. Despite the fact the Ghazi was ordered to secretly cover 3,000 miles in hostile waters, the submarine and its crew daringly completed the first part of the mission reaching the Bay of Bengal where an unfortunate accident resulted in the loss of PNS/M Ghazi and its crew. Indian Navy was quick to claim that Ghazi had been sunk but this proved a lie as later inquiries showed the indomitable Ghazi had suffered an internal malfunction. Despite the tragic end, the tale of Ghazi remains to this day an epic of valor and undaunted courage in the face of apparently insurmountable challenges. It was as Lord Tennyson had remembered, “Theirs not to make reply, theirs not to reason why, theirs but to do and die.”

Within days of the tragedy that befell PNS/M Ghazi, PN struck back. This time the honor belonged to PNS/M Hangor, a daphne class submarine. True to the origin of its name, Hangor prowled the Indian west coast for its prey like a shark. PNS/M Hangor, stayed undetected even as an Indian force of anti-submarine frigates kept looking. Hangor tracked the frigates and on the evening of 9 December 1971, the commanding officer, then Cdr Ahmed Tasnim (Retired as Vice Admiral) maneuvered the submarine into firing position. The first torpedo launched at the le d ship missed the target but the second one hit with such precision that the resulting explosion broke INS Khukri into two sinkings in less than 2 minutes with a crew of near 200 sailors. Undeterred by the fear of being exposed, the commanding officer, fired a third torpedo at the second Indian ship hitting her at long distance causing severe damage. This action was the first confirmed kill by a submarine after the second World War and it jolted the Indian naval pride to such an extent that an entire taskforce was sent after the Hangor. But as dodged it was in offence, so it remained in defence, cunningly outman’buvering the enemy and making back to the Karachi shore safely after a historic operation for which 4 Sitara e Jurat and 6 Tamgha-e-Jurat were awarded, the highest number of operational gallantry awards given to a single unit of Pakistan Navy.