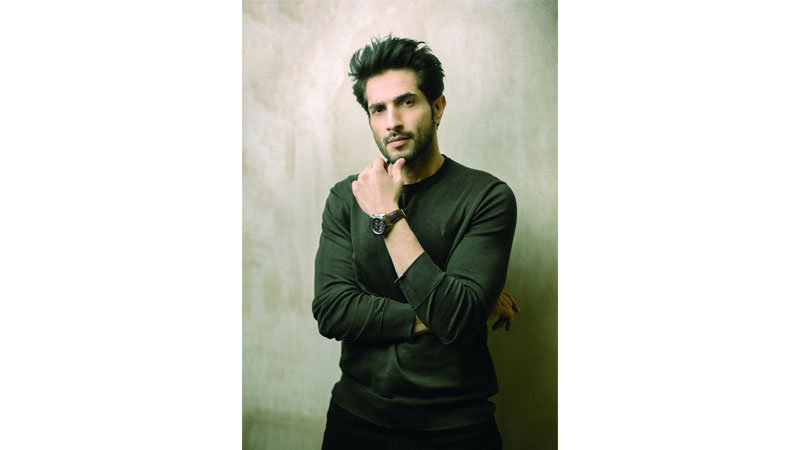 Actor Bilal Ashraf has been named the sexiest Pakistani man in the world by a British Asian publication. Ranked seven, the talented actor was the only Pakistani to make it into the top 10 of a list based on votes from fans around the world, buzz generated on social networking sites, positive impact, and media attention.

Bilal Ashraf was taken by surprise with the news and said, “I am beyond humbled to be featured as part of a list among such legendary gentlemen and that, year on year, has generated so much attention globally. This has come to me as an amazing surprise and such moments make the struggle and commitment we all put into our work all worth the while. This encourages me to try my best to further myself in my field. I’m extremely grateful for this recognition.”

This rounds off a great year for the actor, which included a lead role oppositeMahira Khan in hit film ‘Superstar’.

British Pakistani showbiz reporter Asjad Nazir, who founded the list and compiles it annually, praised Ashraf and described him as the future of Pakistani cinema.

“Pakistani cinema is on the rise globally and that is thanks to a new generation of world-class actors like Bilal. He will lead a future generation of cinema stars that will ultimately help empower his country and inspire others living there,” said Asjad Nazir.

Bollywood heartthrob Hrithik Roshan rounded off a dream year, which included an acclaimed performance in hit film Super 30 and headlining Bollywood’s biggest grossing 2019 movie War by being crowned the sexiest Asian man in the world.

He was also named sexiest Asian man of the decade and said, “I would like to thank everyone who feels so and has voted for me. I am flattered but I also know that it is not an achievement. Just a person’s looks are not relevant in the larger scheme of things. I don’t judge people by the way they look. Similarly, I don’t judge myself either by the way I look. What is attractive in a person is his/her story, journey and the way that person has dealt with situations in his/her own life. Looking a certain way for my characters is just a part of my job which takes a lot of effort and hard work,” said Roshan.

The youngest in the list was 24-year-old singer Armaan Malik (14) and the eldest was 53-year-old Salman Khan (16). The highest new Indian entry was model Asim Riaz (24), who is currently battling it out on reality TV show Bigg Boss 13.

Ali Zafar was voted thethird sexiest Asian man of the decade in an online voting poll by Eastern Eye magazine.