Entrepreneurship is a path that very few dare to follow in life. Out of those who do pursue this path, very few actually end up succeeding. Why? Because entrepreneurship is not an easy journey. The path to entrepreneurial success is full of roadblocks and setbacks. Very few people have the drive and dedication to continue past all the hardships and failures. Those who do not let failure stop them, and continue working with persistence, these are the people who end up becoming the “success stories” that we talk about. 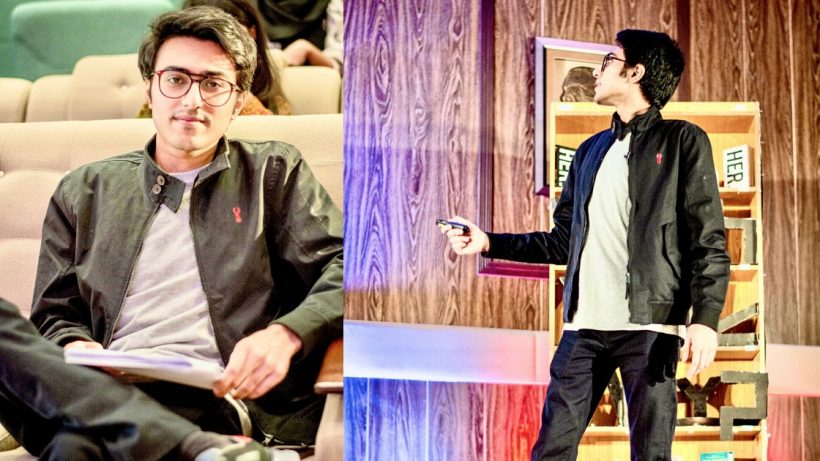 Today we share one of these “success stories”. It’s the story of Nabeel Ahmad, a 22-year-old serial entrepreneur from Lahore who has taken the internet by storm. Nabeel is the founder and CEO of 5 successful companies, a globally recognized marketing expert, a TEDx speaker, and a columnist on Forbes, Entrepreneur magazine and more than 30 world-renowned publications. As a result of all the success that he has achieved, Nabeel has been making headlines on many major international media outlets. Recently, Nabeel was named the #1 inspiring entrepreneur to watch in 2020 by Entrepreneur Magazine. The list article that featured Nabeel also included many globally acclaimed entrepreneurs like Gary Vaynerchuk and Grant Cardone. Nabeel was the only Pakistani who made the list, and was also one of the youngest entrepreneurs who was featured.

We sat down with Nabeel at his office and asked him about his life and all the success that he has achieved to try and uncover more about his journey, and understand how he has been able to achieve such tremendous levels of success at the age of 22, an age when most people are busy studying at university, or doing homework and assignments, with barely any clue about what they would do in life.

Nabeel attended Lahore Grammar School JT during his high school years. As a student there, he barely attended classes, and had one of the lowest attendances in his entire batch. Still, despite his low attendance, he managed to achieve one of the best results the school has ever witnessed — 12 A’s in Cambridge A Levels.

Talking about his time at Lahore Grammar School JT, Nabeel said, “School was boring. I was completely uninterested in going to school or attending classes. I preferred to study everything myself the night before my exams, rather than follow the same pace as everyone else. I guess studying on my own was a challenge, and I have always been one to seek challenges.”

Nabeel started thinking about entrepreneurship right when he was in high school.

“I knew entrepreneurship was the only path for me. I used to look up to many successful entrepreneurs like Bill Gates and Mark Zuckerberg. I knew I would get to their level one day, but at this time, I did not have a clearly defined path on how I would get there.”

Later on, Nabeel enrolled at Amherst College, one of the top liberal arts colleges in the United States. He decided to drop out of Amherst College right after his first semester to pursue entrepreneurship full-time.

“I kind of always knew that I would not get a full 4-year degree. College just wasn’t the place for me. It was too slow and too outdated. I realised my incompatibility with college early on, and dropped out,” he said.

While in college, Nabeel had already started to create a road map for all the business ideas that he would pursue. During college, he was already working on learning various social media marketing tactics that he would later implement in his businesses.

Ever since he has dropped out of college, Nabeel has launched multiple successful companies in the fields of software development, marketing and media. The most prominent of his companies is Vertabyte, a full-service digital media agency that partners with enterprise-level companies to drive their business outcomes by providing world-class solutions related to website development, branding, marketing and more. Nabeel leads a team of more than 100 people who work for him remotely from different parts of the world.

Nabeel also recently launched The Hustler’s Digest, a media/news company that aims to provide content for business-minded people. Within the first 48 hours of its launch, the platform was able to gain 100 contributors who volunteered to write content.

When asked about the reason for launching a media platform, Nabeel said that he aims to build a network of media brands around different niches including technology, health, business and more. He will then use these media brands to power marketing campaigns for his clients.

When talking about future projects, Nabeel said he is yet to launch his main project, a social discovery network. He did not disclose details about it, but he said that he has been working on it for the past 2 years.

“This social discovery network going to be my main business, and it will be a game-changer,” he said.

Over the course of the past few years, Nabeel has positioned himself as a globally recognised and highly-sought marketing expert. His expertise on marketing is sought by some of the world’s biggest international media outlets including Forbes, Entrepreneur Magazine, Business2Community, Business.com, ReadWrite, and many more.

As of now, Nabeel is the first and youngest person in Pakistan’s history to become a columnist for both Forbes and Entrepreneur Magazine. He is also the only Pakistani right now to be an active columnist on Forbes.

When asked how he was able to become a columnist for Forbes, Nabeel said, “It’s all about having expertise in a specific field. For me, it was marketing. I already had a lot of authority and credibility in the marketing industry, so most of these outlets were happy to invite me to write for them.”

It is very clear: Nabeel is undoubtedly one of the most promising young entrepreneurs of Pakistan. The success that he has achieved at such a young age is worthy of appreciation. We look forward to seeing what Nabeel accomplishes in the future.