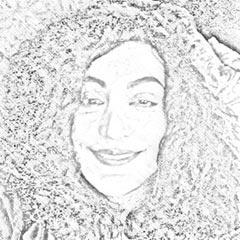 The psychology of violence — stabbing in London

Usman Khan, a twenty eight year old British citizen with Pakistani origins, was killed yesterday by the British Police, in a terror attack on the London Bridge, after he stabbed two people to death and injured three others. A group of young men disarmed him with fire extinguishers and held him down until armed police arrived and shot him after they discerned that he was wearing an explosive vest, which it turned out later, was an imitation one, without the capacity to explode.

So many questions arise in one’s mind as one reads this, yet another story, of death, violence, race relations, a Muslim young man who takes to killing unknown city residents, at random.

Ironically, this time around, the young Muslim terrorist was a convicted felon who had been charged with violent crimes and released on probation, in an ankle monitor, because he was on the list of wanted or known terrorists with a penchant for reeking violence in the name of Islam.

Which brings us to square one. The trend in current history of young radicalized Muslim males who want to kill western people they live close to, because of a certain ideology.

En-block analysis puts such individuals into a group of Jihadi’s, affiliated or individual, who decry what they perceive as the West’s willful desecration of Islam, territorial, ideological and geo-physical. They have taken up arms against a Western agenda of perceived threat to Muslims as the underdogs, at the receiving end of Western colonialism and war. Their acts of terror, which they prefer to call a war in the name of a righteous ideology based on saving Islam, are called barbaric acts of unprovoked violence against innocent civilians by the Western powers that be.

People in countries like back home in Pakistan are quick to take sides, from rhetorical statements such as ‘these whites need to be taught a lesson for their bad treatment of innocent Muslim populations.’ The wars in Palestine, Syria and the like are often quoted as examples of the unfair treatment of innocent Muslims as the reason for perpetrating such acts of violence.

Is this mental illness to say the least? Would an ordinary well adjusted young man randomly tape a knife to his wrist, walk to a city square, and start stabbing people?

The question is what makes men like Usman Khan tick? What makes a young man born and raised in London with parents from Pakistan, grow into a killer in comparison to thousands of his counterparts who do not take to a dagger and kill a bunch of random Londoners, in order to express a resentment?

What is that resentment that leads him to go to the London bridge and start stabbing strangers in the name of an Islamic ideology that doesn’t provoke Muslims to kill unless there is an actual war in which Jihad is deemed liberating? What anger runs through a person’s mind when he takes up a dagger and convinces himself that if he kills a group of unarmed citizens walking past him, he will have done a duty to his calling?

Is this mental illness to say the least? Would an ordinary well adjusted young man randomly tape a knife to his wrist, walk to a city square, and start stabbing people? What goes through the head of a person who does such a violent act? And is it justified in the name of the West’s perceived indifference or indulgence in how certain Muslim factions are being mistreated in wars waged across other geographical borders such as Palestine?

How many more of these young radicalized Muslim males sprouting all over Europe and other parts of the world are in a position right now, right at this moment, sitting in cities across the globe, considering just walking into the streets where they live, armed, and dangerous to other human beings? How many killings large and small will it take before we start asking, why?

The psychology of violence must be brought into the factor of analysis for us to understand the etiology of such race based crimes. In consequent articles, I will try to ask and answer the questions of violence and its origins, across the borders of religion, and political divides.