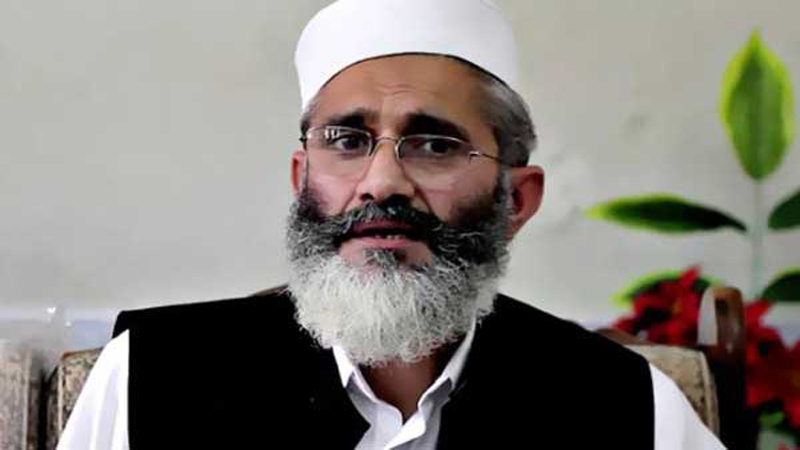 Jamaat-e-Islami chief Senator Sirajul Haq has demanded the government convene a joint session of the parliament to devise a roadmap for the liberation of Indian-held Kashmir (IHK). Addressing a press conference in Islamabad on Monday, he said the government was persistently ignoring the issue which was a matter of life and death for Pakistan. JI Naib Emir Mian Aslam, JI AJK chapter head Dr Khalid Mahmood and JI leaders Abdur Rasheed Turabi and Muhammad Ashgar were also present on occasion. “Political leadership from the government and opposition side must sit together to devise strategy on Kashmir,” said Senator Siraj, adding the people were united and asking the rulers to help out their brethren in this most di7cult time of their decades long quest to get freedom from Indian yoke. He said the people in the IHK were starving to death and become virtually prisoners of the Indian forces since the day Modi government abrogated the special status of the held region. Now, he added, it was duty of the rulers to take bold steps in support of Kashmiris who had been 8ghting the case of realization of Pakistan.

He said Indian government itself internationalized the Kashmir issue on August 5. Kashmiri diasporas held worldwide rallies against Indian step taken in violation of the UN resolutions, Indian constitution and Pak-India mutual agreements, he added. The prime minister, he said, made an impressive speech during the UNGA session in New York which was widely appreciated by the people of Pakistan and Kashmir. But, he added, the government went into deep coma after the PM returns from the USA and did nothing for Kashmir. He said the struggle of the Kashmiris was legitimate by all means and international laws and it was need of the hour that rulers start an aggressive diplomacy and take decisive steps against India’s naked aggression in the held area. He demanded the international community to break its silence and help the besieged people to exercise their right to self-determination granted them under the UN resolutions.