In the regime of Dictator Zia-ul-Haq, students unions were banned in 1984. Although Shaheed Muhatarma Benazir Bhutto reformed it in 1988, yet unions were again debarred from existence in 1993 through court verdicts.

In the past, feudals did not want to lose their feudalism and influenced the banning of unions. These unions inculcated in students’ minds the valour for politics, who, in turn, became leaders. Why is the daughter of Nawaz Sharif in politics? What are the achievements of Bilawal Zardari for an abrupt takeover of Pakistan Peoples party? But yet, they can do whatever they want, even lead the nation. And those who make efforts in the universities for the country and take austere steps for the maintenance of regulations have no right to lead the nation. 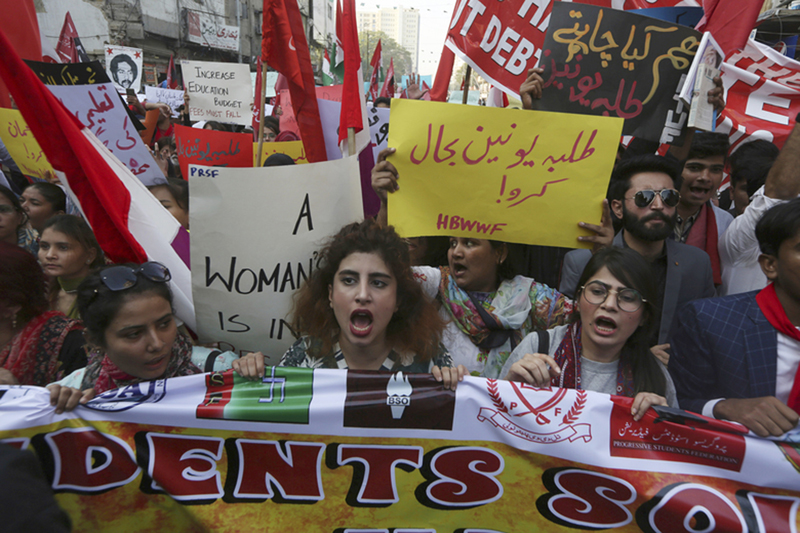 According to Article-17 of the constitution, every single individual has the right to form a union. Isn’t banning the student unions a breach of Article-17? No doubt, confusions galore in our dear country.

Bilawal Zardari’s tweets express approval of student unions but why did the PPP not do it during its government? Is it just a play that is staged for the innocent and colloquial masses of Pakistan to win the next contest and become the authoritative leader?

Due to student unions, our nation got leaders like Benazir Bhutto, Murtaza Bhutto, Fatehyab Ali Khan, who shined in politics; uplifting the reputation of our beloved country

The benefits of student unions are many. They rouse young politicians and educated ones to step ahead. After some years, there will be no uneducated or middle-school-qualified politician in the parliament or the senate. Would it not be favourable in the country’s progress? Or it is just a try to save the consistent rule of some jugglers of politics?

Due to student unions, our nation got leaders like Benazir Bhutto, Murtaza Bhutto, Fatehyab Ali Khan and many more, who shined in politics; uplifting the reputation of our beloved country. The merits of students’ unions cannot be denied as they have a very sine qua non role in the country’s progress sans any other special means.

It is ubiquitous in our society that masculinity has devoured the rights of women. In journalism, more than 70 per cent of women leave their career because of online job harassment. This masculinity is just a mindset. Nothing else. By the help of unions, awareness about respect, culture, right and wrong and rights and duties is possible in the young age, during university education, which is directly influential over the minds of students. So, what is the problem with the students’ unions?

The writer is a member of the central body, Human Rights Development Organization Sindh